When I lived in High Park, I would go to King Slice (Bloor W/Dundas W) quite often ... I've stopped in every once in a while since I moved from that area.  The staff was rude but the pizza was good if you got it fresh out of the oven.

Two weeks ago King Slice opened a new location in our 'hood at the former Vinny Massimo's (Queen W/Dovercourt) and Gord and I stopped in this evening for a slice. 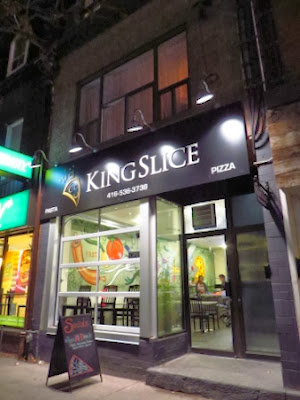 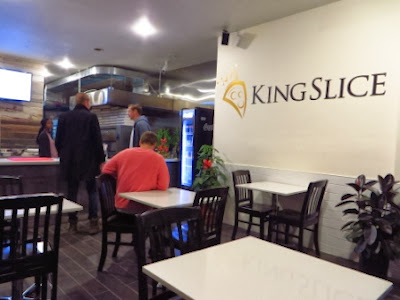 They have done a lot of renovations since it was Vinny Massimo's (which was kind of scummy).

Gord got a deluxe slice and I got a pepperoni slice. 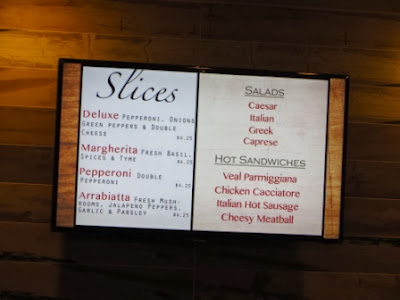 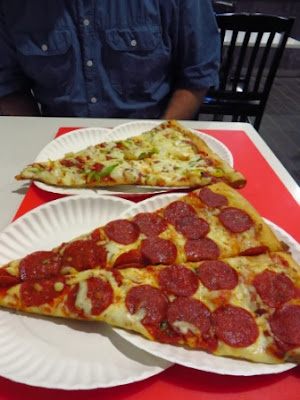 The slices were large and okay ... I'd go back.  Interesting, though, that they taste different from the other location ... you'd think they would be consistent.

By Teena in Toronto at 7:30 pm
Email ThisBlogThis!Share to TwitterShare to FacebookShare to Pinterest
Label(s): King Slice Toronto ON

That looks soooo good. Pizza is one of the foods I miss most since giving up gluten and dairy.

I just drove by and noticed King Slice, I was wondering if it was worth a try. That pepperoni slice is making me VERY hungry right now!