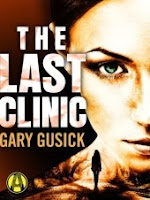 From Goodreads ~ Outside the local women’s health clinic, the Reverend Jimmy Aldridge waving his protest sign is a familiar sight. But that changes early one morning when someone shoots the beloved Reverend Jimmy dead. Sheriff Shelby Mitchell knows the preacher’s murder will shock the good people of Jackson - and the pressure to find the killer is immediate and intense, which is why Shelby calls in detective Darla Cavannah.

When police detective Darla moved from Philadelphia to Jackson with her husband - hometown football hero Hugh “the Glue” Cavannah - she never imagined the culture shock that awaited. Then after Hugh dies in a car crash, Darla enters a self-imposed exile in her Mississippi home, taking a leave of absence from the sheriff’s department. Now she’s called back to duty - or coerced, more like it, with Shelby slathering on his good-ole-boy charm nice and thick, like on a helping of barbecue.

Reluctantly partnered with a mulish Elvis impersonator, Darla keeps a cool head even as the community demands an arrest. The court of public opinion has already convicted the clinic’s doctor, Stephen Nicoletti, but Darla is just as sure he’s not guilty - even as she fights her growing attraction to him. From the genteel suburbs to a raunchy strip club, Darla follows a trail of dirty money and nasty secrets - until the day of judgment comes, and she faces down an ungodly assassin.

Darla is a police detective from Philadelphia who moved to her husband's home town of Jackson, Mississippi.  When her husband, Hugh, is killed in a car accident, she takes some time off working in the sheriff's office to grieve.  She gets called back to work when Reverend Jimmy Aldridge is murdered while he is protesting outside an abortion clinic.  She is teamed with fellow cop, Tommy, who is an annoying Elvis impersonator.

Tommy wants to solve the case quickly so he can get some glory while Darla wants to take her time and check everything out.  What she discovers about the beloved reverend will shock his congregation.

This is the first book by this author and I enjoyed it.  I liked the writing style and thought it was well-paced.  There are lots of potential suspects.  The language at times is for a mature reader.

I liked the characters.  Darla is grieving the loss of her husband but it pulled into this case by her boss.  I found her likeable and fair.  Her boss, Shelby, was a typical southern guy and I liked him.  Tommy is all about Tommy and is amusing because is that egotistical.  Geeky intern Uther also adds an element of humour.  All the ladies in town love Dr. Nicoletti, including Darla, and she fights her attraction to him because he may be the murderer ... plus she wonders if she is ready to move on after the loss of her husband.

I would recommend this book ... I'm assuming there will be others in this series and I look forward to reading them.
By Teena in Toronto at 11:00 pm
Email ThisBlogThis!Share to TwitterShare to FacebookShare to Pinterest
Label(s): Books, Books - 2013, Gary Gusick, Published 2013

I love a good mystery!

Great review. I am looking forward to more in the series also.