I got VIP tickets through work for tonight's Comedy Cares About Learning event and Gord and I went. 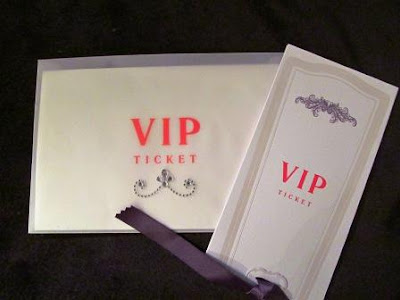 The VIP tickets gave us access to the VIP lounge with gourmet appies and a couple drinks. 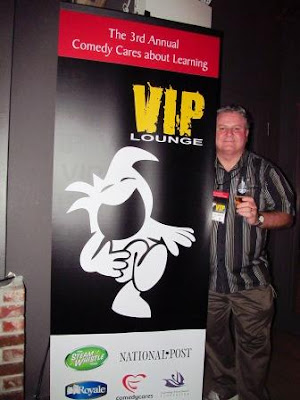 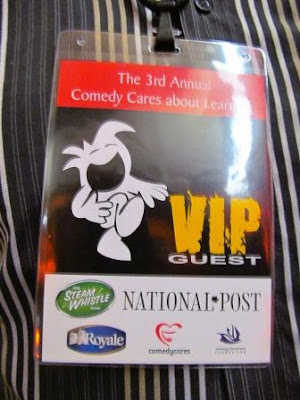 There was a good turnout tonight. 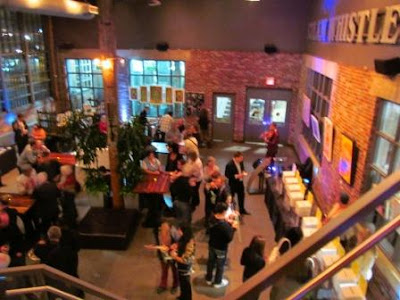 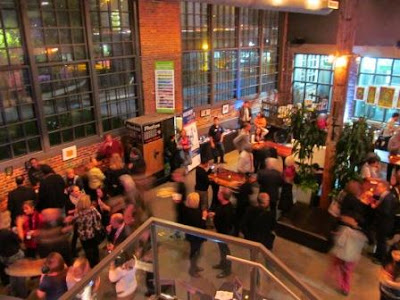 You could buy an arms length of tickets and choose which prizes you'd like a chance to win such as hockey tickets, hotel vouchers, etc. ... alas, we didn't win anything. 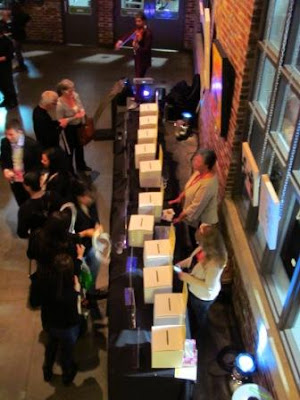 This guy playing the fiddle was amazing!  He played everything from Johnny Cash to Adele to Selena Gomez. 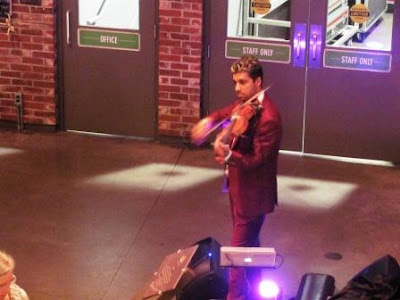 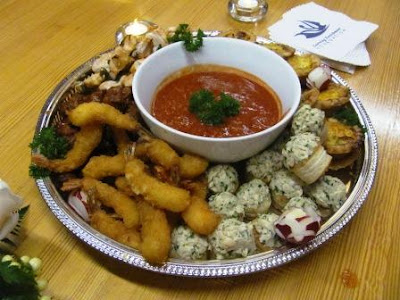 Here are Sia and Natasha (I work with Natasha). 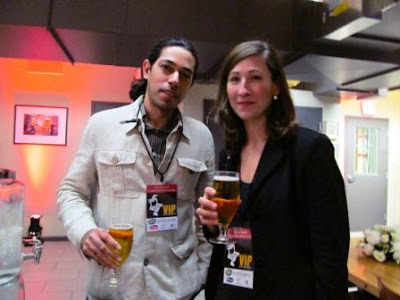 And here are Gord and I. 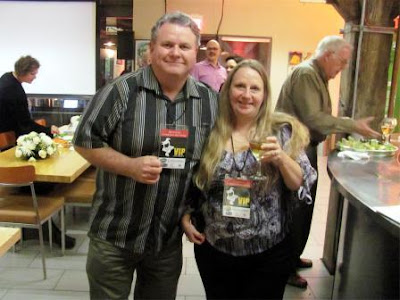 The venue was Steam Whistle Brewing (they were also a sponsor) ... 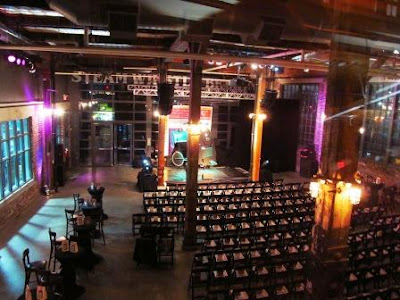 Royale was a sponsor ... they had displays in the two bathrooms in the VIP lounge. 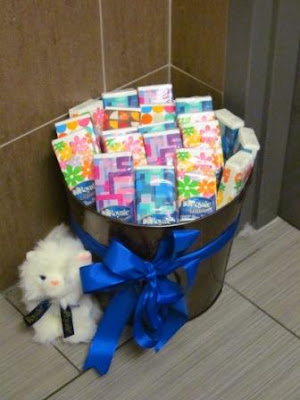 The show was next to where they make beer ... we could smell the malt. 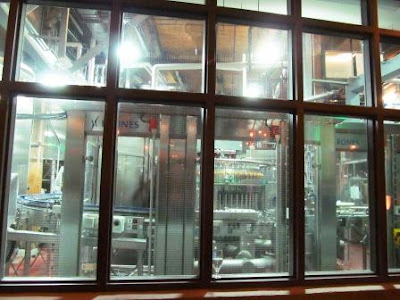 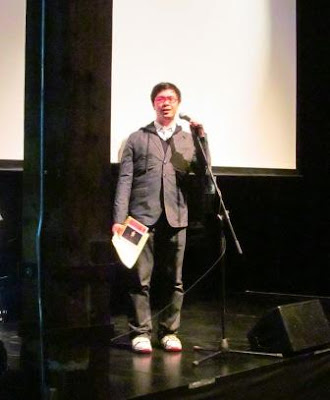 Paul Bellini was the emcee.  I remember him from Kids in the Hall. 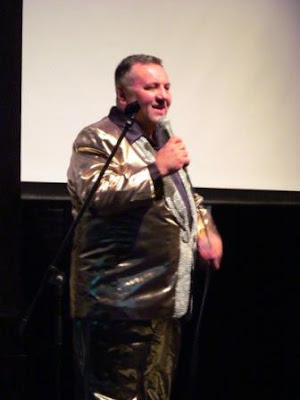 The first comic was K. Trevor Wilson.  He was one of my favs. 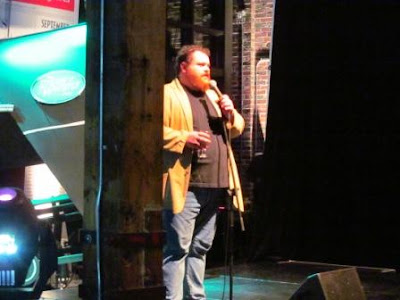 Then came Ron Sparks ... he was okay. 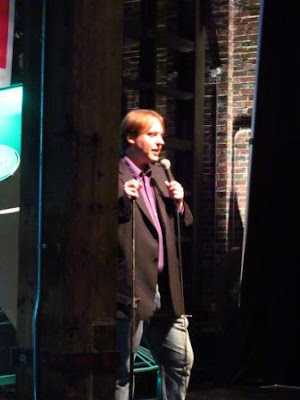 I don't this guy's name. 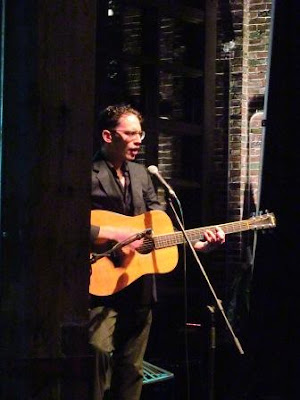 Gilson Lubin is originally from St. Lucia and was funny ... 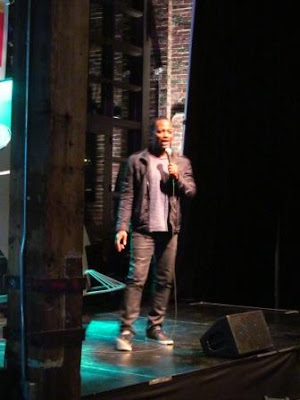 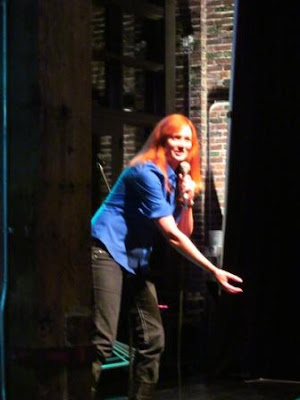 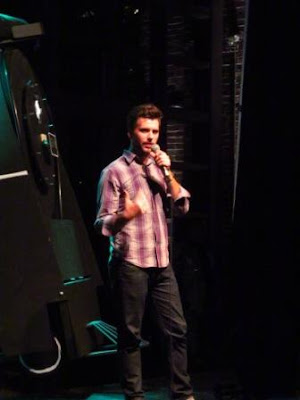 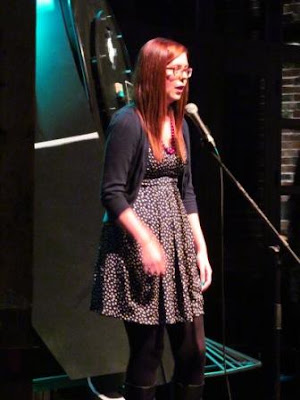 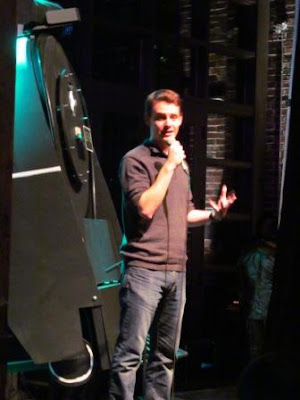 Martha O'Neill was the last comic. 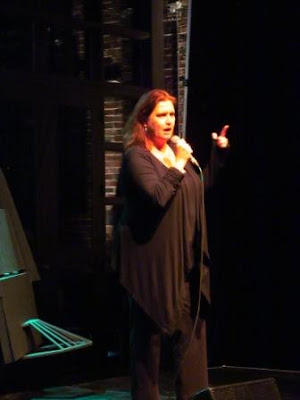 There were cool goody bags for everyone ... 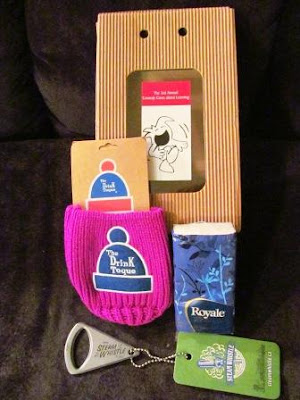 It was a fun night and I hope they raised lots of money for such a good cause.
By Teena in Toronto at 11:00 pm
Email ThisBlogThis!Share to TwitterShare to FacebookShare to Pinterest

Look at you miss VIP badass! That's awesome - sounds like an awesome night!