Gord and I went to this evening's Toronto Blue Jays game.  I had gotten the tickets complimentary in a giveaway from Rogers, our Internet/cable provider "in appreciation for your continued loyalty as a Rogers customer".  I never say "no" to free tickets! 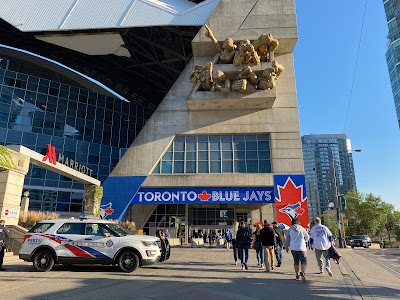 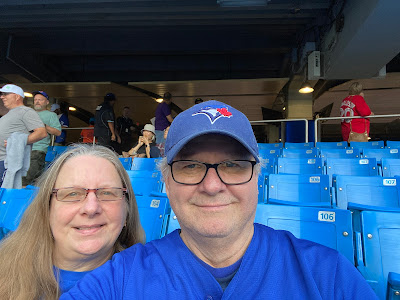 Our seats were just past first base in the first section. 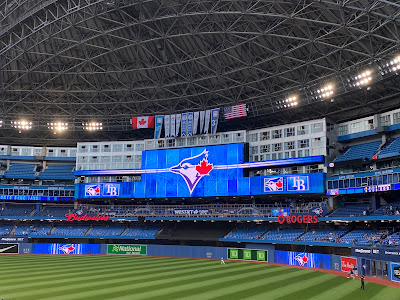 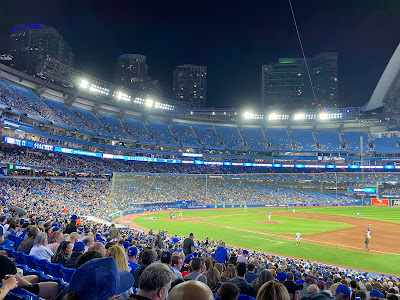 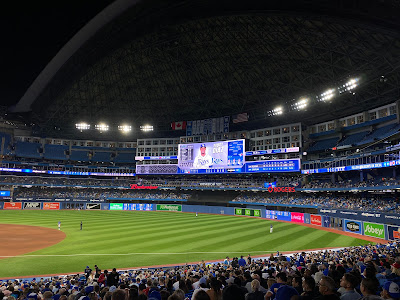 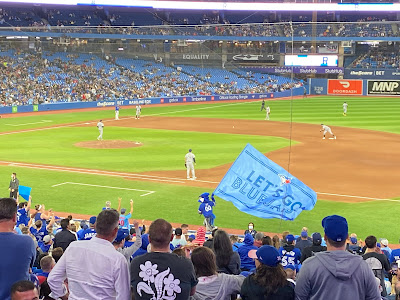 My sister, who lives in Halifax, told me her neighbours, Curtis and Erica, were in town for three games … and one was tonight. She told me where their seats were … 10 sections away. I found them (I’ve met them over the years) … surprise! 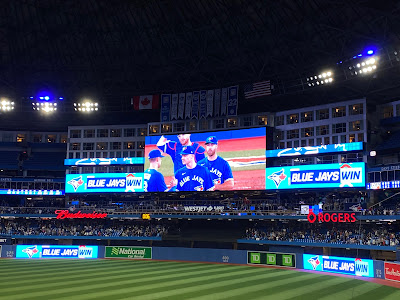 Blue Jay Vladimir Guerrero Jr. always dumps ice and water on his teammates as they get interviewed by Hazel Mae.  Tonight it was his turn as he hit his 100th homerun and as Teoscar Hernández went to dump the ice on him, Vlady made sure it was his interpreter than got iced instead.  Ha!
By Teena in Toronto at 10:00 pm
Email ThisBlogThis!Share to TwitterShare to FacebookShare to Pinterest
Label(s): Toronto Blue Jays