Gord and I saw Damn Yankees this afternoon ... it is part of the Shaw Festival. 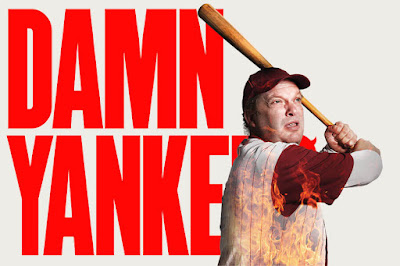 Joe Boyd is an out of shape, middle-aged man who has the misfortune to be a Washington Senators fan. One deal with the devil later, he is Joe Hardy, a young ball player with a knack for hitting home runs. Can he help his favourite team finally beat the powerhouse New York Yankees? The final score: a delightful, fast-paced, crowd-pleasing, romantic musical. 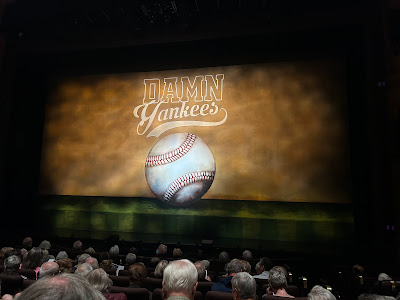 It was good ... lots of singing and dancing! Mike Nadajewski as Mr. Applegate, a.k.a. the devil incarnate, stole the show ... he was awesome!
And here's George Bernard Shaw, who the festival honours ... 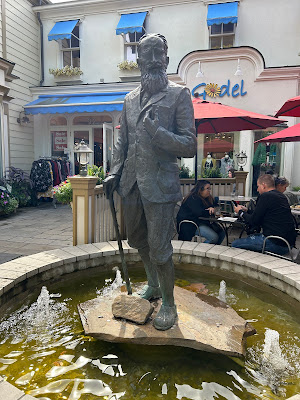 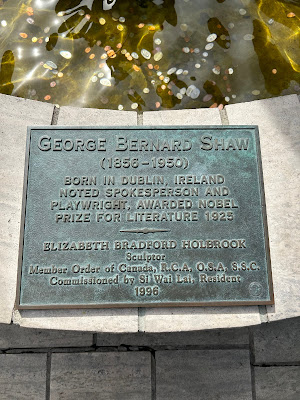