The annual Terry Fox Run was today and this is my fifth year doing it.  This year Gord and I did it at CityPlace (Canoe Landing Park), about 2km east of us.  This is the first year we've done it there ... in the past we did it in Liberty Village but they didn't have a run this year. 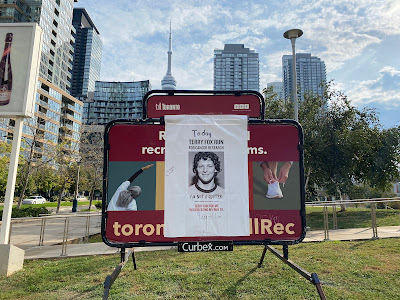 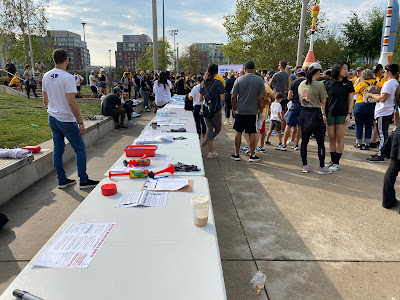 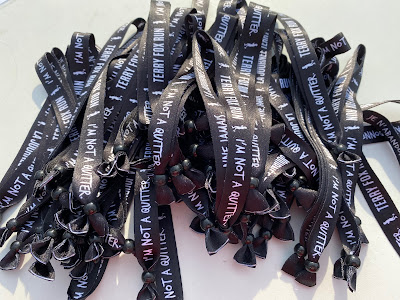 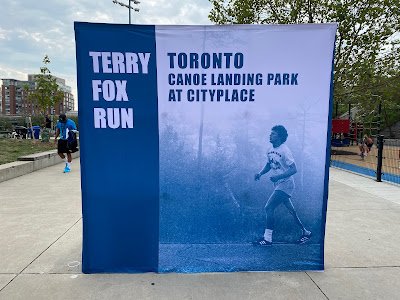 Terry Fox (1958 – 1981) was a Canadian athlete, humanitarian and cancer research activist.  In 1980, he began the Marathon of Hope, a cross-country run to raise money for cancer research.  He hoped to raise one dollar from each of Canada's 24 million people.  He began in St. John's, Newfoundland, in April and ran the equivalent of a full marathon every day. After 143 days and 5,373km/3,339 miles, he was forced to end his run outside Thunder Bay, ON, when the cancer spread to his lungs. His hopes of overcoming the disease and completing his marathon ended when he died nine months later.

The annual Terry Fox Run, first held in 1981, has grown to involve millions of participants in over 60 countries and is now the world's largest one-day fundraiser for cancer research.  Almost $900 million has been raised in his name.
And we're off! 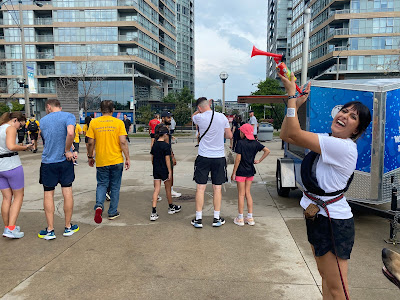 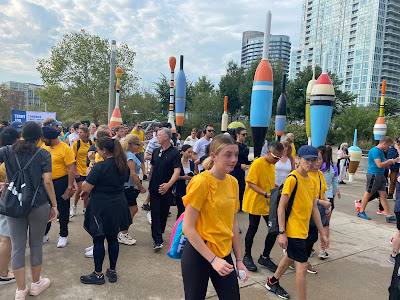 The route was 6 laps around the Terry Fox Miracle Mile. 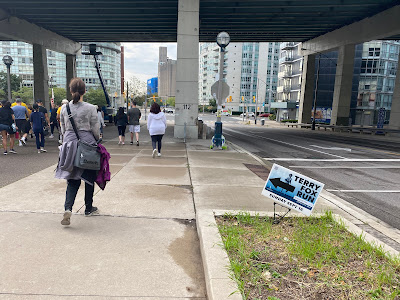 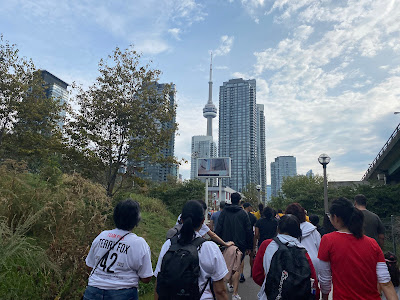 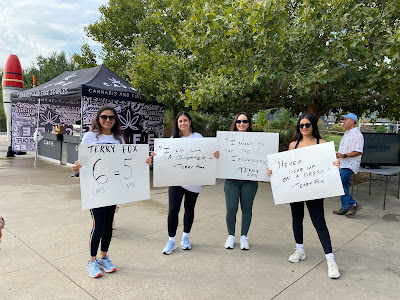 And we're done!  It was a humid morning but thankfully the rain held off.  BTW, red shirts signify "Terry's Team" ... people who have or have had cancer (both Gord and I have had). 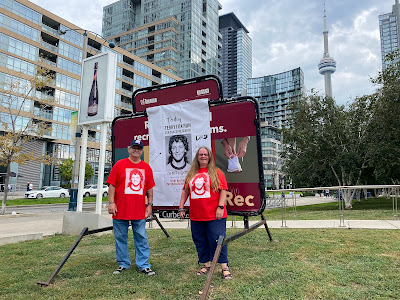 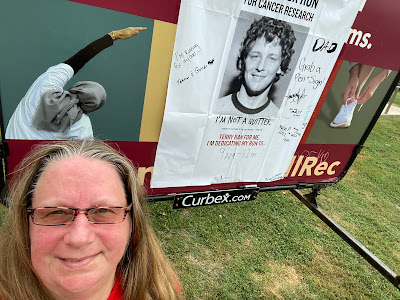 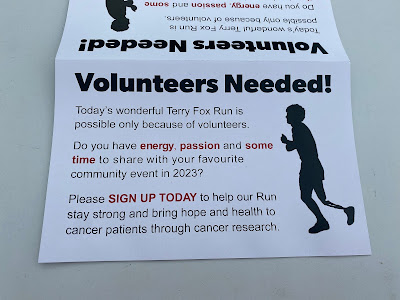 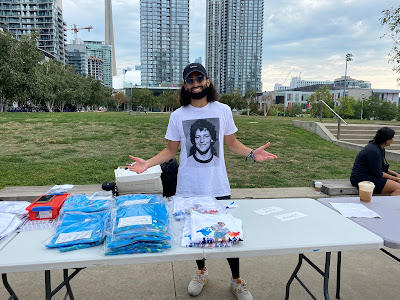 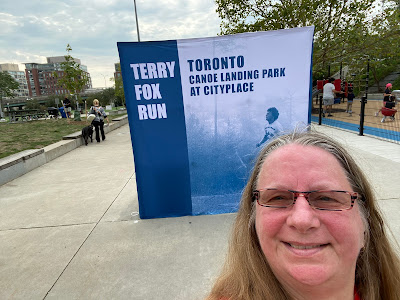 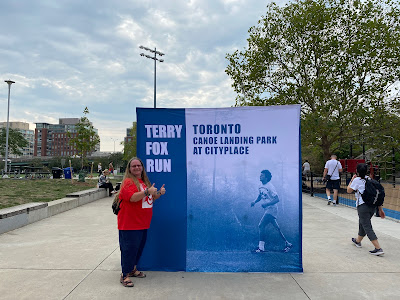 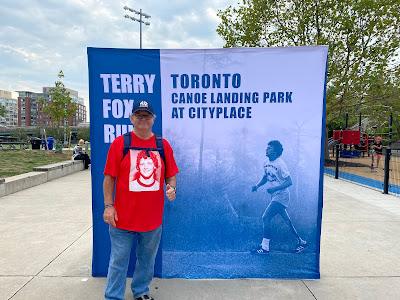