I'm a volunteer of the Liberty Village Terry Fox Run/Walk so I headed to the Terry Fox Monument here in Thunder Bay.  It was especially important to go considering our run/walk was just a couple days ago.

A 9-foot high bronze statue, set on a 45-ton granite base with a foundation of local amethyst, commands a breath-taking view of Lake Superior and the Sleeping Giant. The statue was erected in memory of Terry Fox, the courageous runner who after losing his leg to cancer embarked on the 'Marathon of Hope', a cross-country run in support cancer research. The site is not far from the spot where Terry was forced to end his run at 5,342 km (3,339mi) after his cancer had returned. Cancer took Terry's life on June 28, 1981. 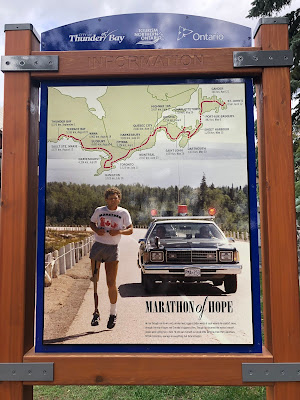 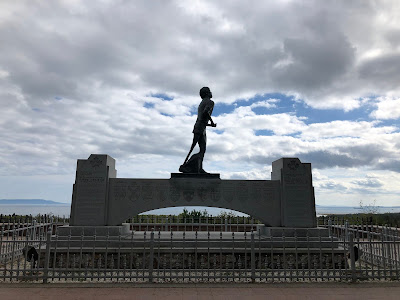 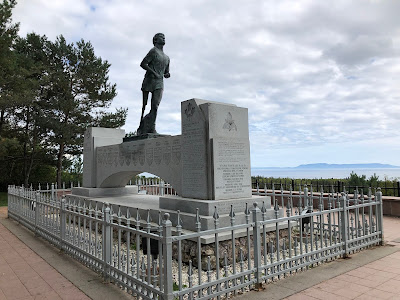 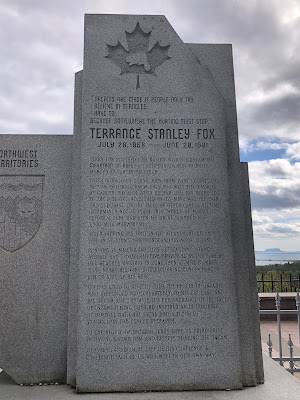 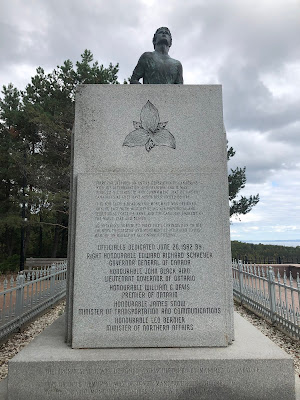 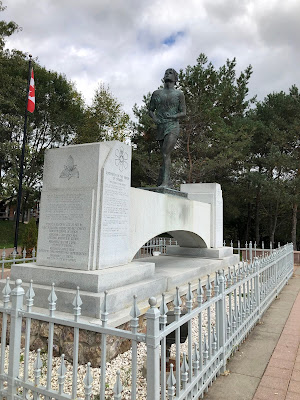 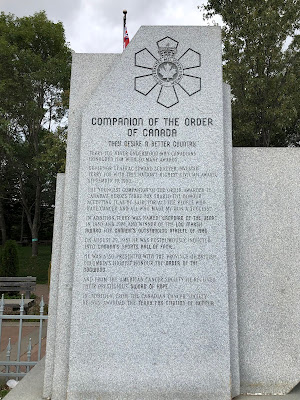 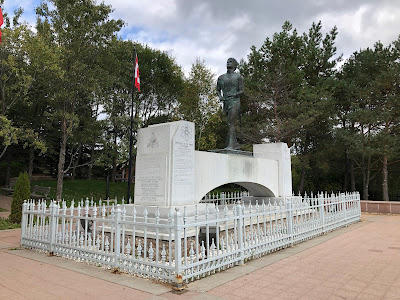 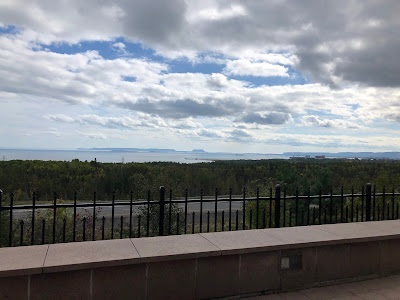 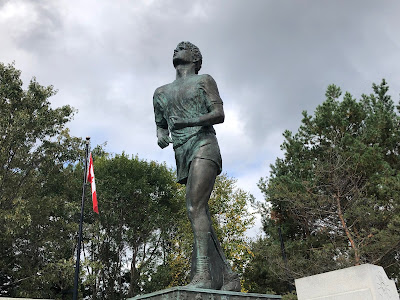 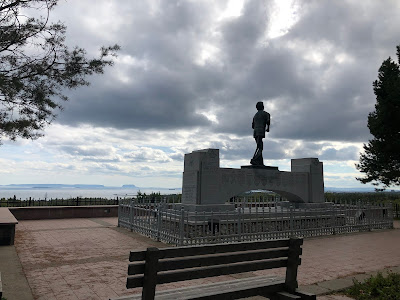 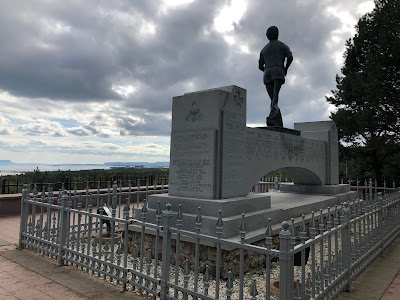 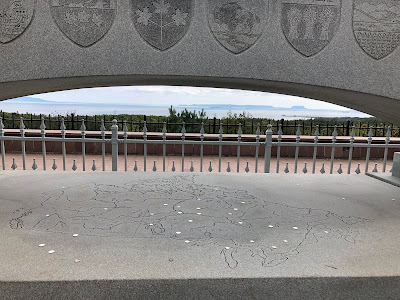 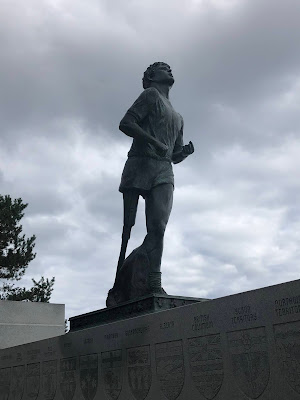 By Teena in Toronto at 4:30 pm
Email ThisBlogThis!Share to TwitterShare to FacebookShare to Pinterest

Remarkable pictures of a true hero. Thank you for posting these.