I saw Clemency starring Alfre Woodard with a couple of my work colleagues tonight ... it was part of the TIFF Festival.

Years of carrying out death row executions have taken a toll on prison warden Bernadine Williams. As she prepares to execute another inmate, Bernadine must confront the psychological and emotional demons her job creates, ultimately connecting her to the man she is sanctioned to kill.

I met Baljeet outside at 8pm and we posed in front of one of the TIFF photo opps.

We had drinks and appies beforehand in the Birks Blue Carpet Suite. 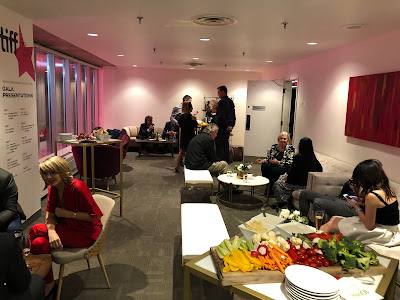 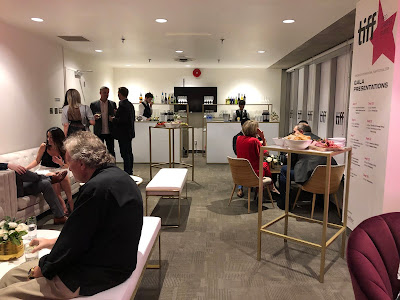 The stars were supposed to walk by us but because it was raining, they didn't.  So we posed by the TIFF sign instead. 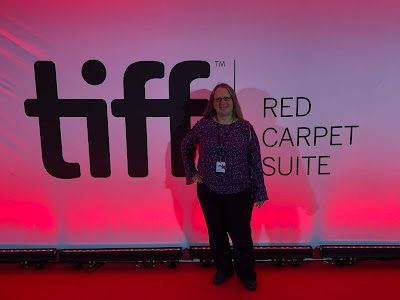 We were given snacks when it was time to watch the movie. 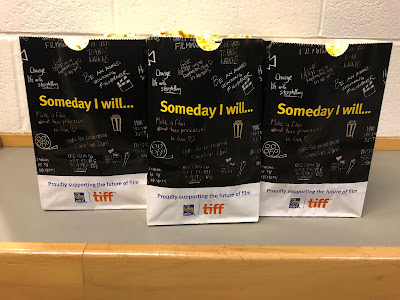 There were a couple speeches and introductions before the movie. 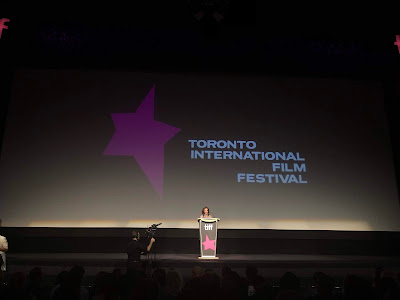 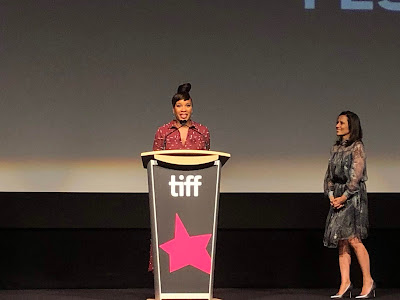 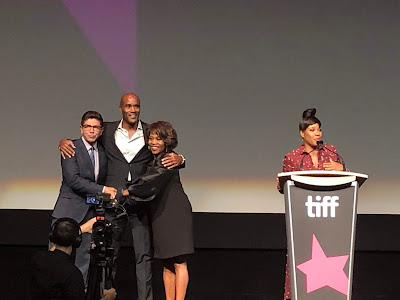 After the movie, the writer/director and stars thanked the audience. 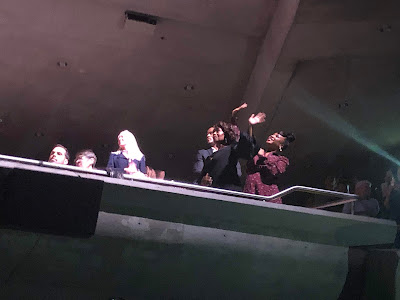 It was a good movie ... very serious and heavy, though.
By Teena in Toronto at 11:59 pm
Email ThisBlogThis!Share to TwitterShare to FacebookShare to Pinterest

Like JUST MERCY which I saw yesterday - it was fabulous but I think my friend and I cried for 45 minutes straight at the end - you could hear everyone else as well all around the Princess of Wales - such a great event in Toronto - I don't know why I did not start going earlier!