I've been in Winnipeg since Tuesday and my home away from home was the Hilton Garden Inn.  Apparently it's been open for about a year or so. 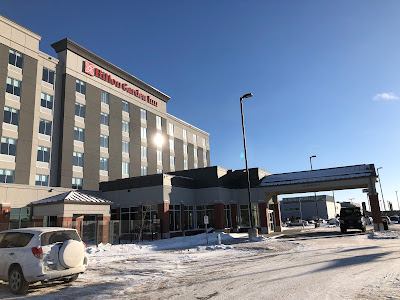 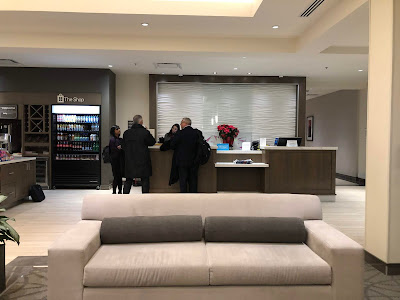 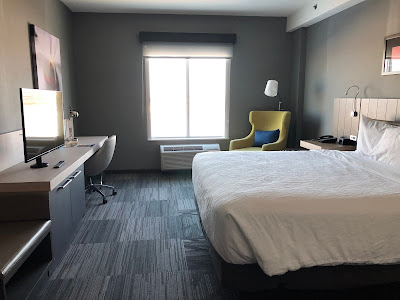 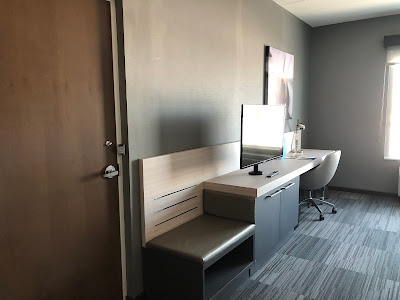 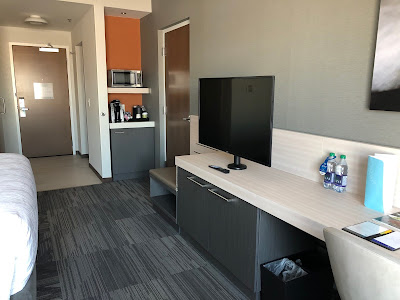 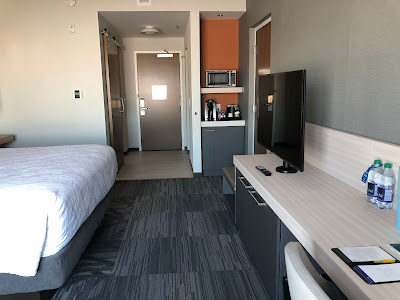 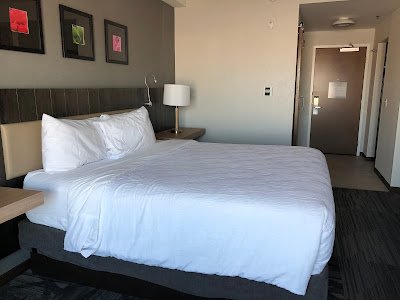 There was a fitness room and pool but I didn't get a chance to check them out.

There were two small bottles of water in the room ... they were usually $3 but the hotel was having brown water problems so the bottled water was free. My room had a Keurig coffee maker and a mini fridge.  Parking was complimentary.  WIFI was complimentary and speedy.  My room faced a highway and even with the double blinds, it was still a bit noisy.

The hotel is next to what is supposed to be an upscale outlet mall.  I walked around it and it seemed quiet and sad ... I was surprised to learn that it has been around for about three years.  There were some empty stores and I had assumed that the mall was newly opened and waiting for tenants to move in but that is not the case.  There are some restaurants nearby like Montana's, McDonald's, Popeyes, etc.  In the next couple of years, it looks like there will be more so this will be a more happening area ... it has the feel of being newly developed.

There was a restaurant in the lobby (literally in the lobby) of the hotel called the Garden Grille & Bar.  I had supper there my first two nights because it was cold and snowy so I didn't feel like going outside. 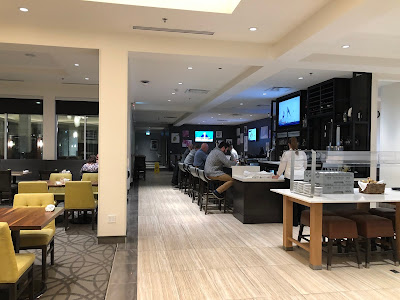 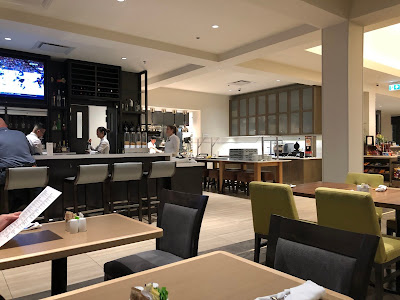 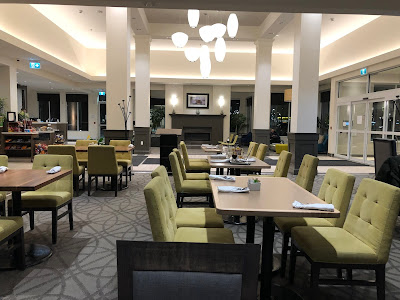 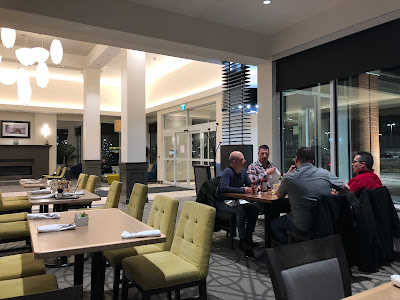 Tuesday night I had wings with salt & pepper.  They were good.  I'm not a fan of battered wings but the batter was light and crispy.  I'd get them again. 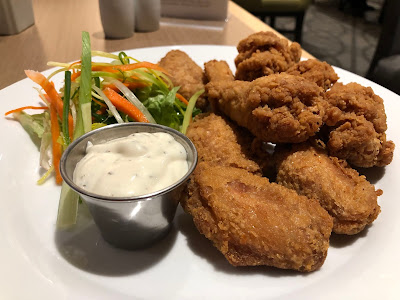 Wednesday night I ordered the Roasted Half Chicken and I got it with spiral fries as my side (as recommended by my server).  The spiral fries were really good.  The chicken was just okay.  The skin was kind of rubbery rather than crispy.  I didn't taste any lemon pepper.  The chicken itself was a bit overcooked and dry.  And I didn't think it was worth $24.  I wouldn't get this again. 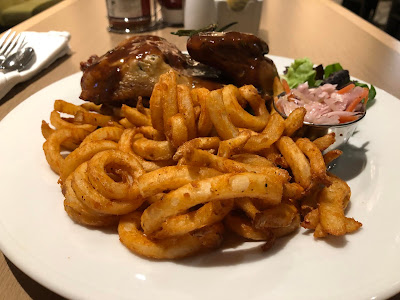 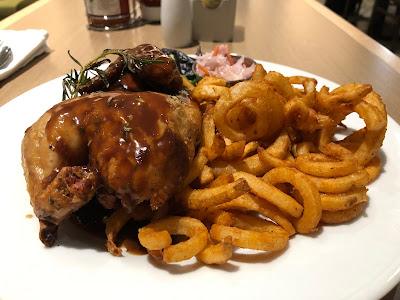 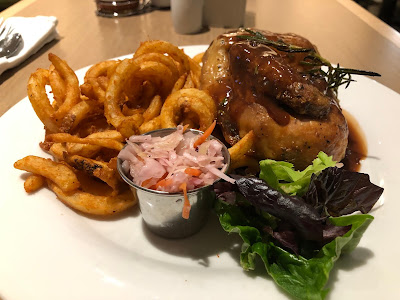 By Teena in Toronto at 8:00 am
Email ThisBlogThis!Share to TwitterShare to FacebookShare to Pinterest
Label(s): Hotels

Safe travels back to TO and warmer weather(ish). Have a good weekend.