From 10am to 2pm, I was at a cat shelter building workshop organized by Toronto Street Cats.  The workshops are held every two weeks throughout the fall and winter season in the garage of the Toronto Humane Society  I've been going since November ... it's so nice helping the kitties in Toronto keep warm and dry during the cold winter. 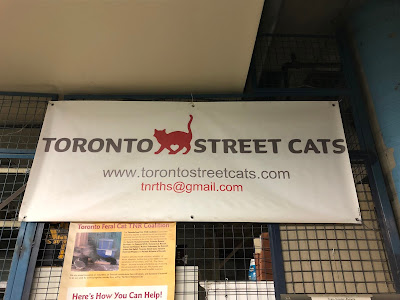 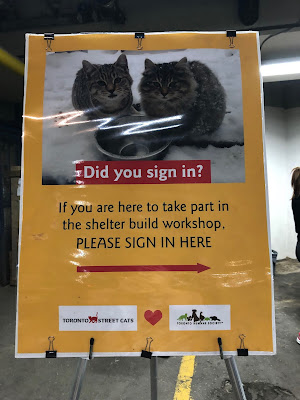 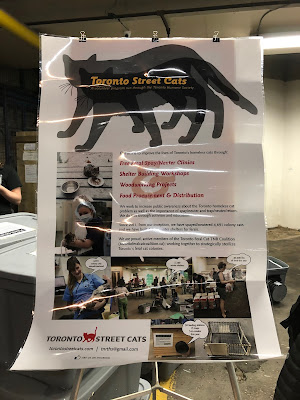 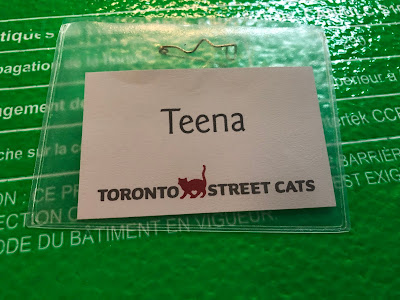 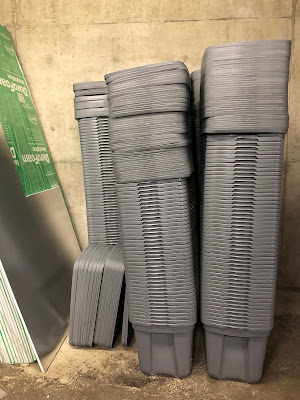 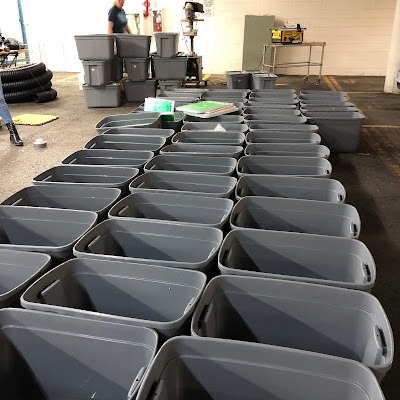 Insulation was cut for inside the bins. 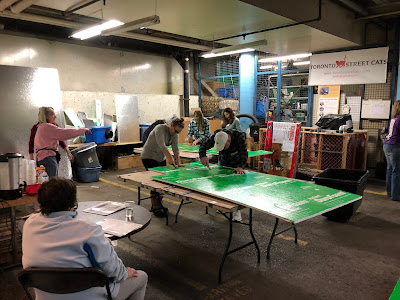 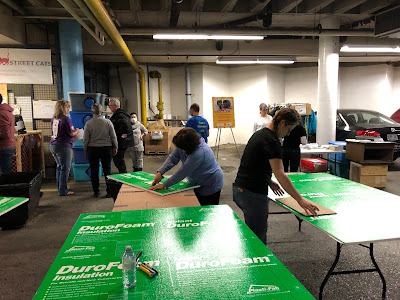 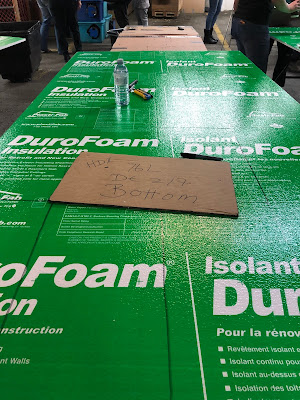 The insulation was placed in the bins and then taped. 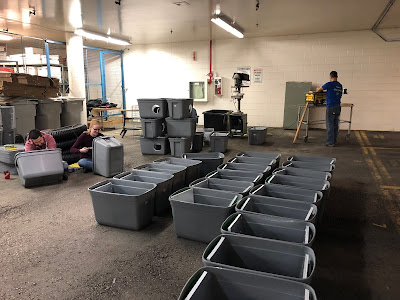 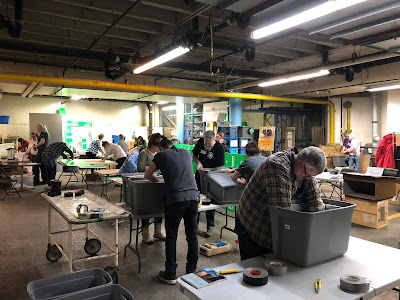 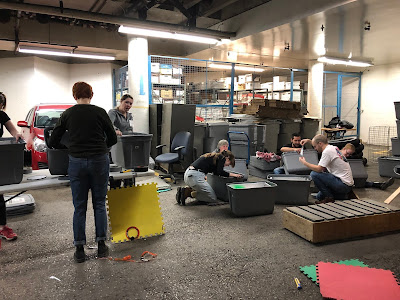 Thom then drilled entrance holes into the bins. 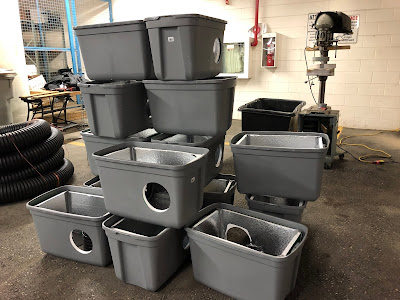 Then we started attaching the entrance tubing. 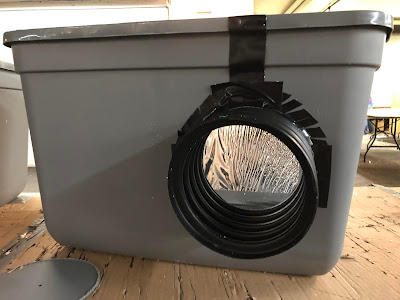 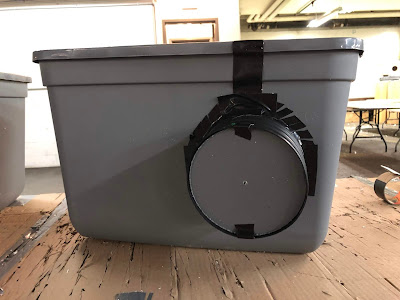 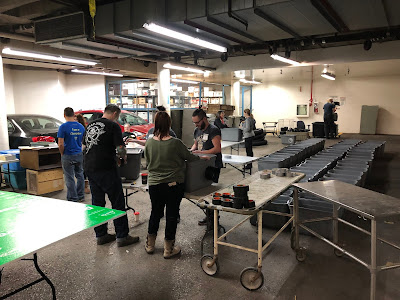 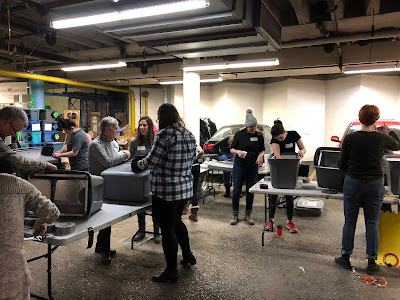 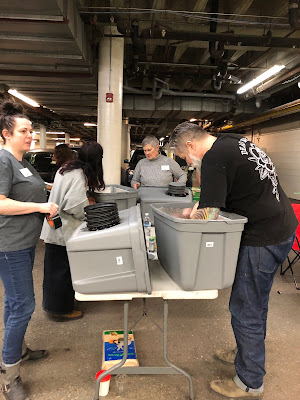 The bins were then ready for straw. 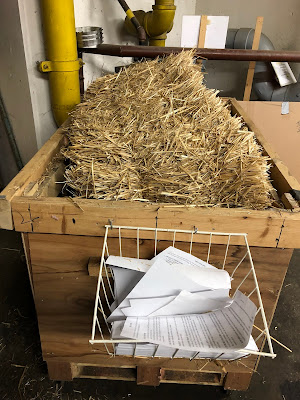 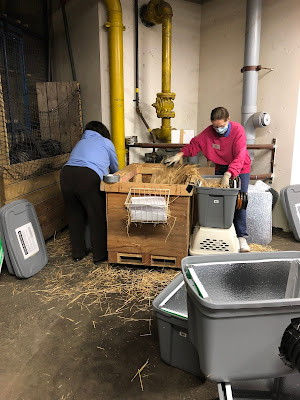 Notices were glued to the top of the lids. 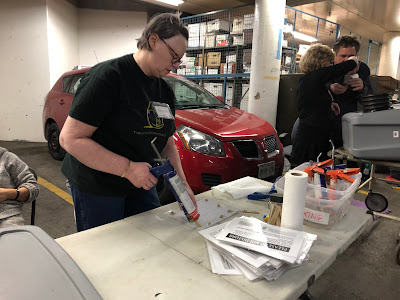 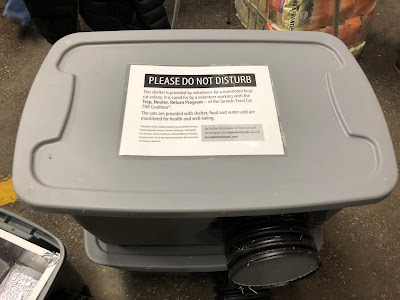 The shelters are available to caretakers and colonies in need for $15 and refurbished ones are $5. 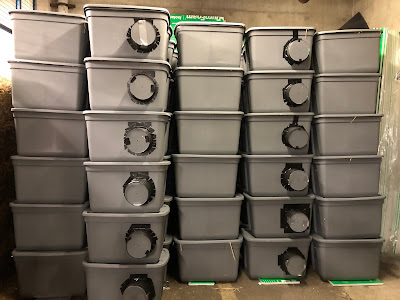 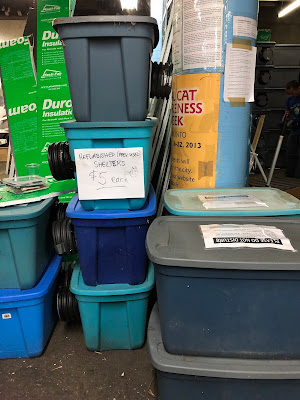 The Humane Society donated food for anyone needing cat colonies. 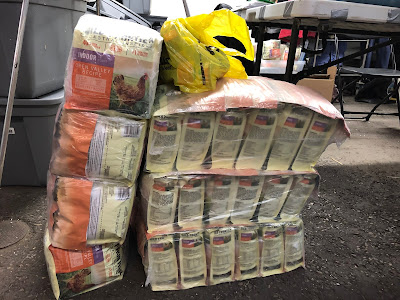 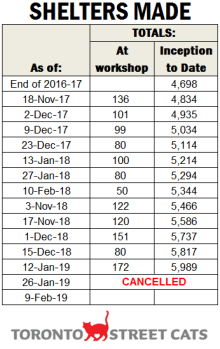