I went to the Toronto Raptors game this evening.  The company I work for has a box and we had invited some clients and their guests.

The Raptors were playing the Suns. 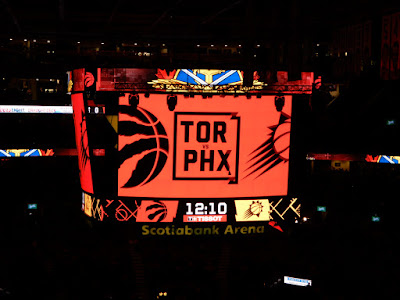 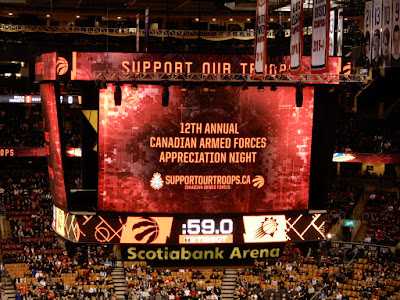 Here's the view from the box about an hour before the game started before everyone started coming in. The players came out and started warming up. 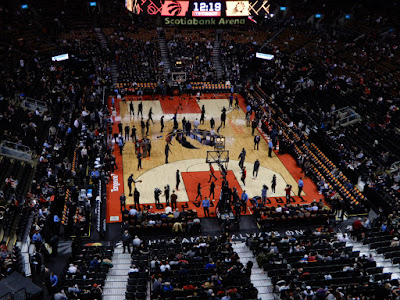 Members of the Armed Forces sang the national anthems. 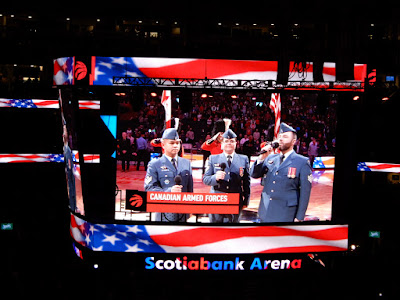 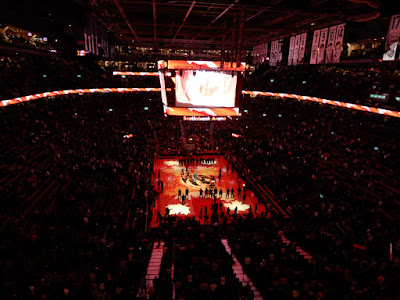 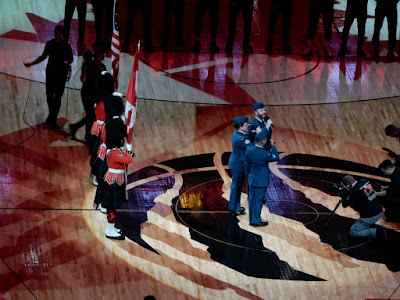 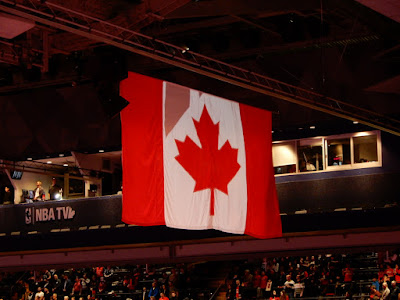 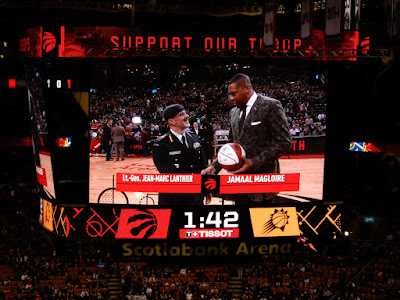 It was cool to watch the Canadian flag get passed across the crowd. 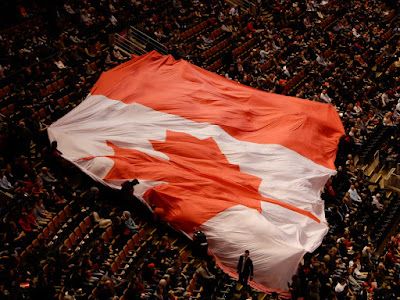 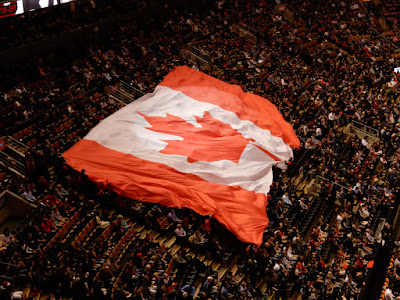 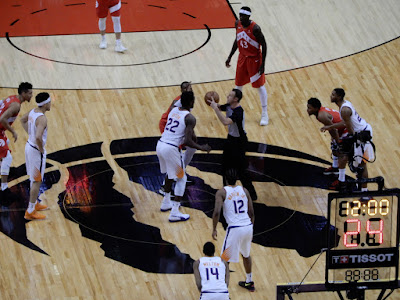 Here is the view from our box. 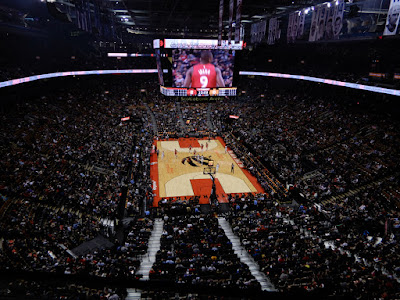 Raptor, the mascot, and the Raptors Dance Crew kept the crowd entertained. 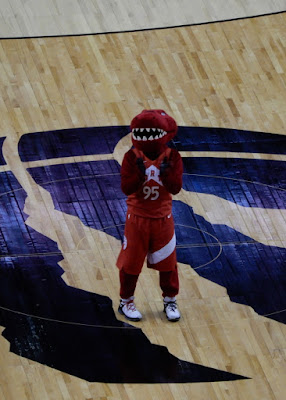 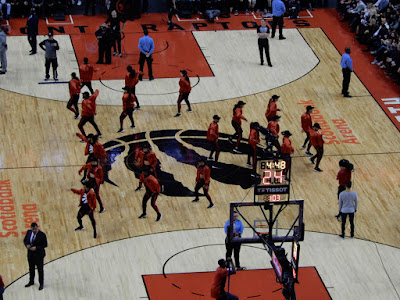 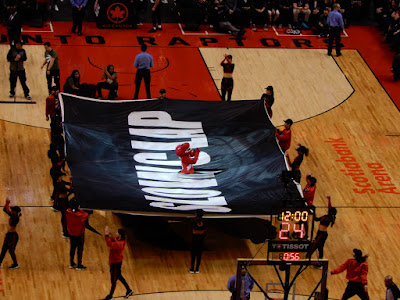 The Raptors took the lead right away but towards the end of the game, the Suns came back and were leading a couple times.  It was a tense ending with the Raptors winning.  Yay! 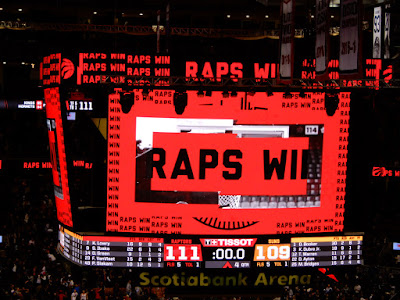 After the game if you wanted to stay, there was a photo opp on the court with the players, fans and soldiers. 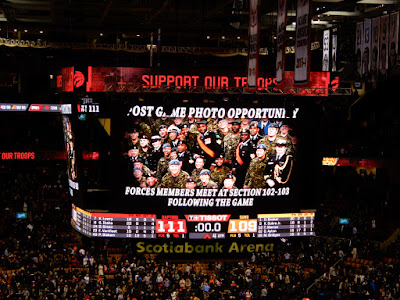 By Teena in Toronto at 10:00 pm
Email ThisBlogThis!Share to TwitterShare to FacebookShare to Pinterest
Label(s): Toronto Raptors