The Toronto Blue Jays home opener was tonight and Gord and I were there!  Tickets were hard to get (it was a sell-out game and they went fast!) and we were happy to have tickets ... our seats were under the jumbo tron.

Members of the Canadian Armed Forces brought a large Canadian flag to open when it came time for our national anthem. 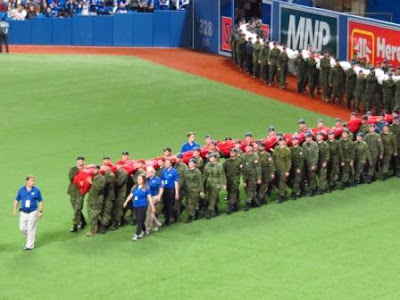 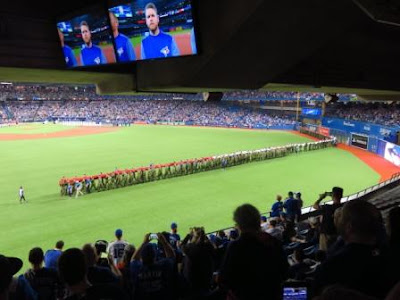 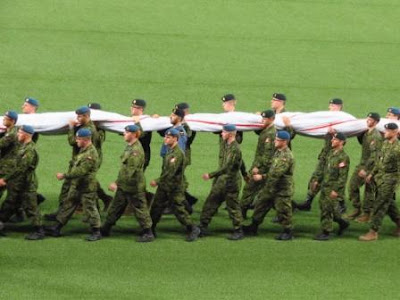 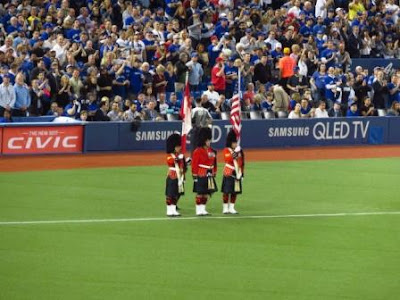 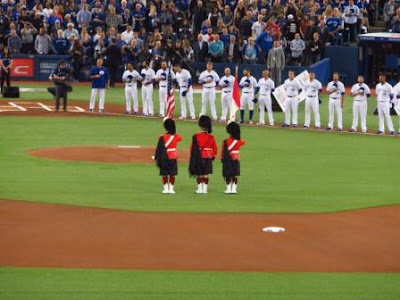 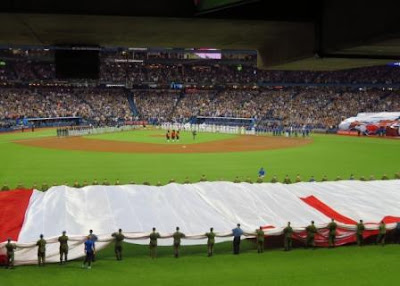 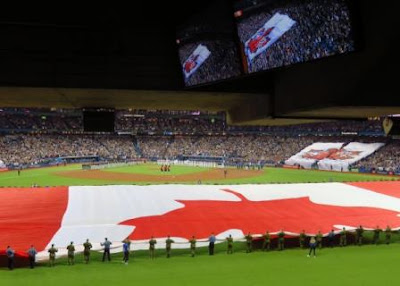 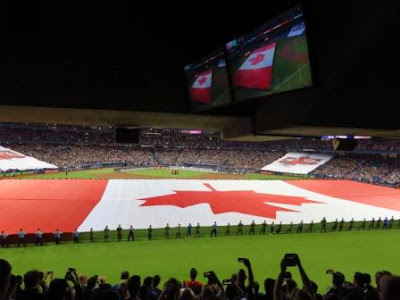 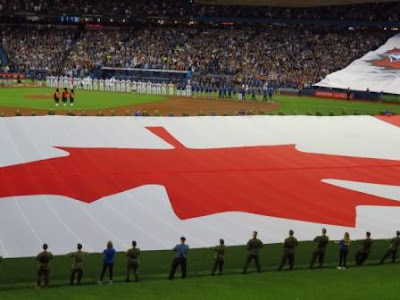 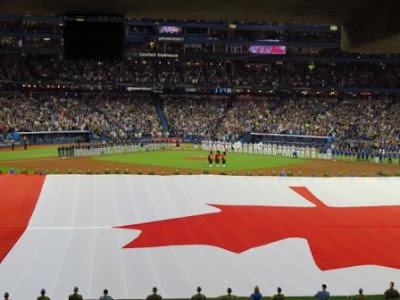 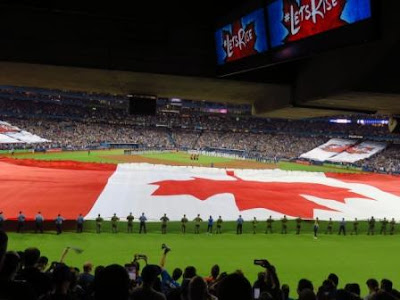 Before the game started, managers of the two teams and the umpires huddled. 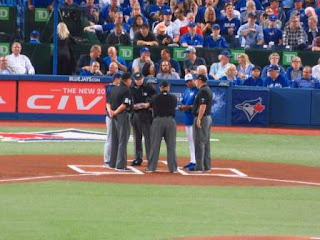 And the game began with J.A. Happ pitching for the Blue Jays ... 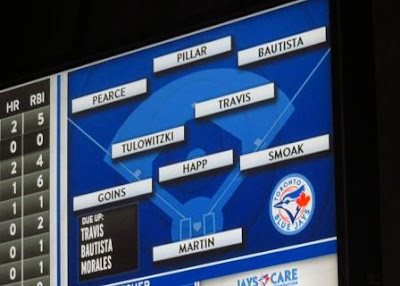 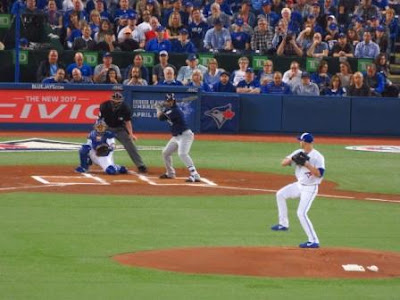 Devon Travis was first up for the Blue Jays. 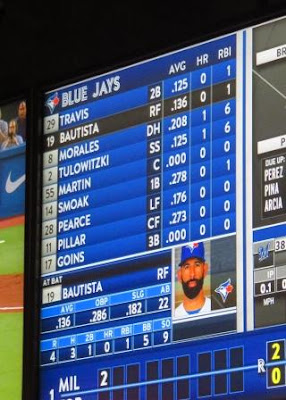 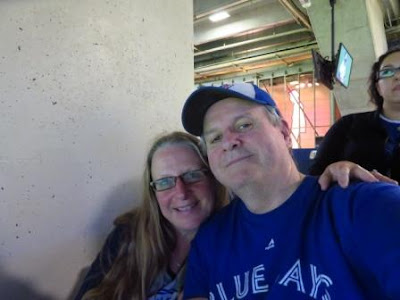 If you watch the Blue Jays games on TV here in Canada, there is the Sportsnet booth with Pat Tabler and Buck Fernandez broadcasting. 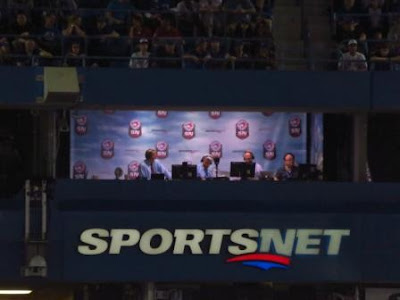 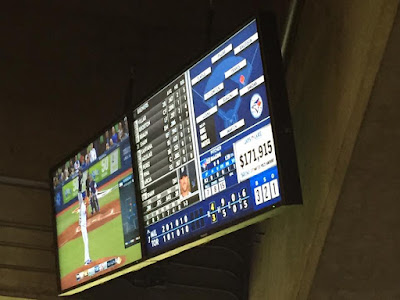 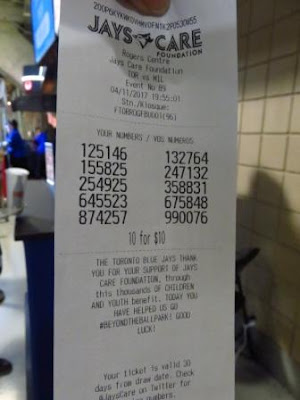 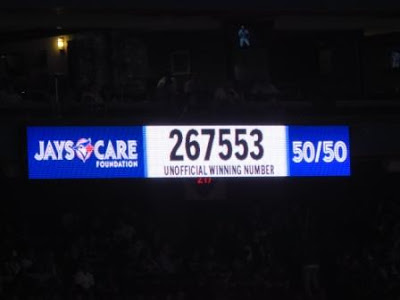 It was a long game (it was over about 11pm) and the Blue Jays lost 4 - 3.  But it's good to see the baseball season starting up again for another year! 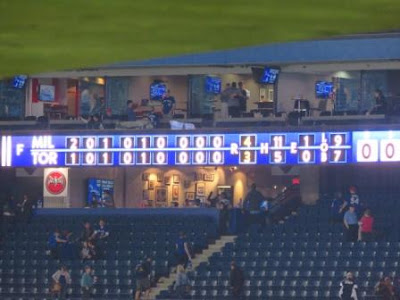 By Teena in Toronto at 11:00 pm
Email ThisBlogThis!Share to TwitterShare to FacebookShare to Pinterest
Label(s): Toronto Blue Jays