I took a long walk along the beach this morning.  There is a lot of seaweed that washes in every day and it's a never ending job for the workers to clean it up. 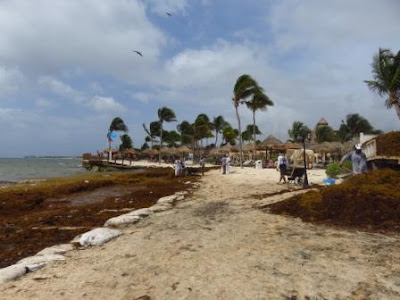 It was a red-flag day at the beach (so no swimming is recommended because of the rough waters). 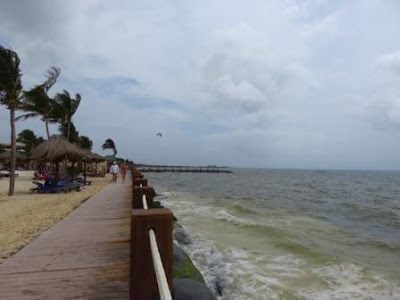 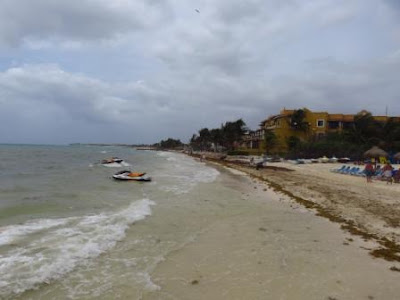 I chilled in a lounger by the beach for a while. 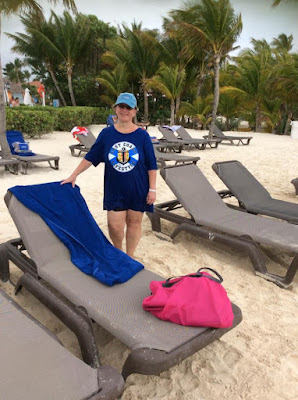 Then headed to the pool.  I ran into Sister Sarah, Barry and Trudy. 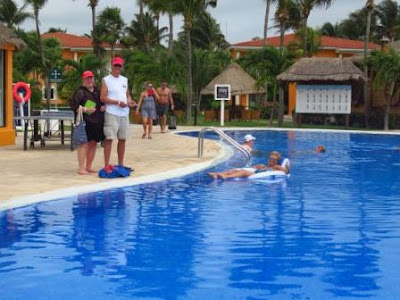 I had lunch at the buffet restaurant near the pools.  It was good. 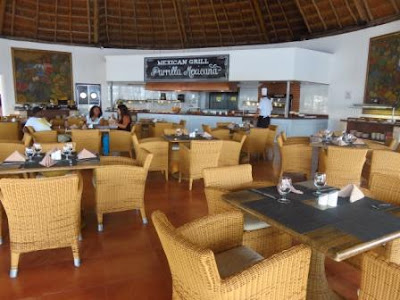 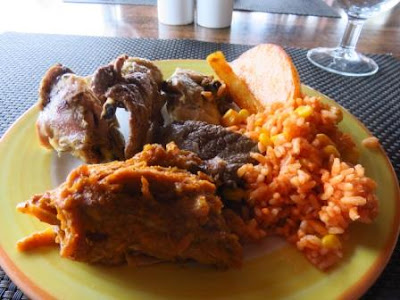 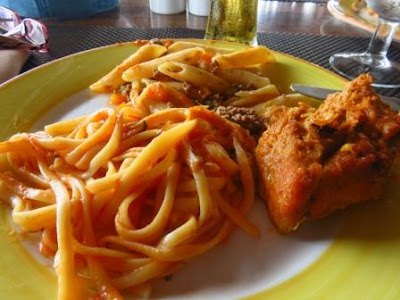 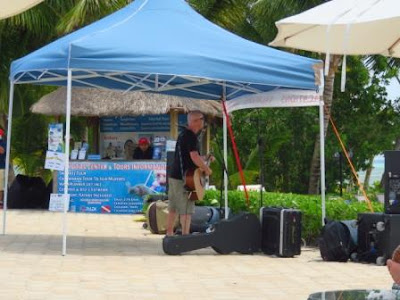 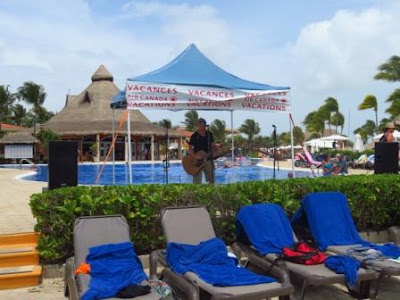 He was set up between the two pools which made for a cool spot (literally) for everyone to watch. 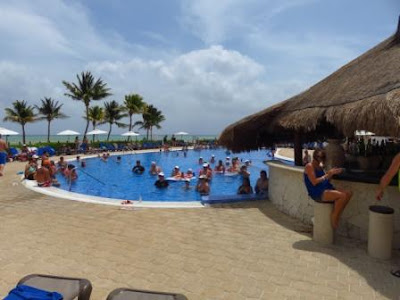 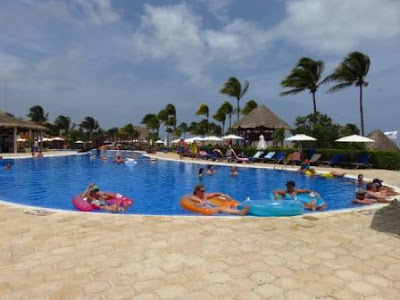 Trudy and Barry had the right idea ... relaxing in the pool and listening to the tunes. 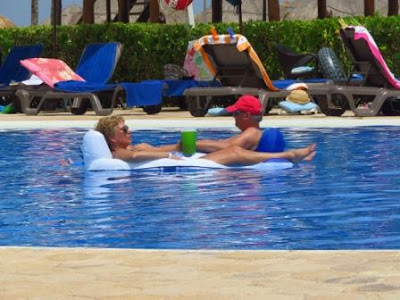 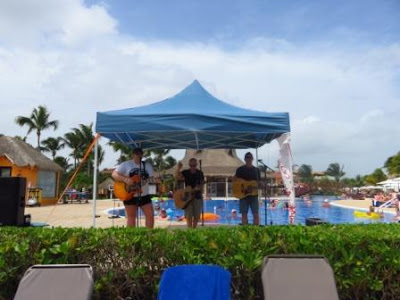 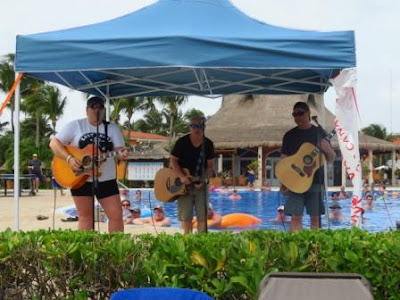 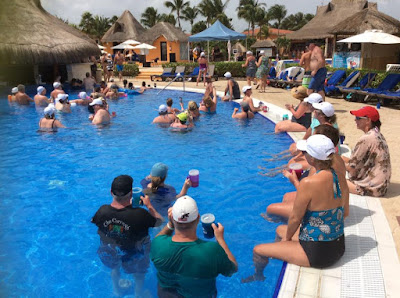 Here is the crowd in the pool (mostly made up of our group) singing along to the last song, Barrett's Privateers. 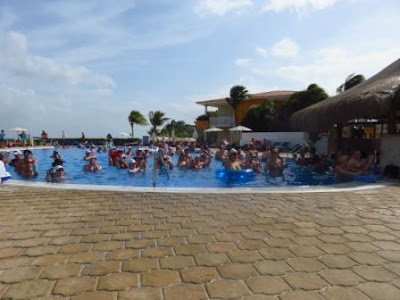 On my way back to my room, I met a new friend. 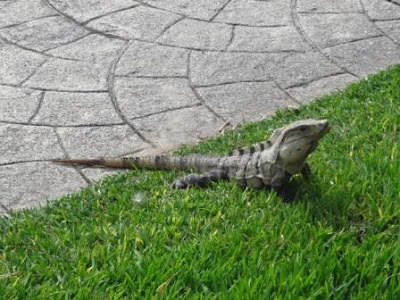 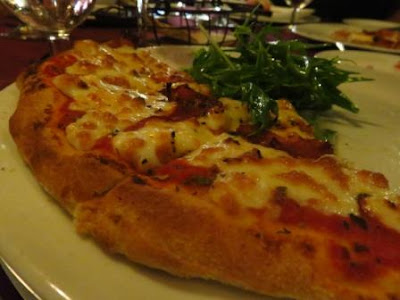 I had lasagna as my main.  It was also good. 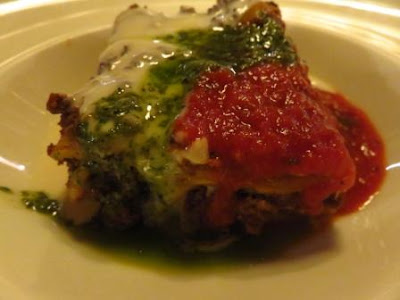 By this time, I was full so passed on dessert.

There was traditional Mexican entertainment in the lobby bar tonight along with some vendors if you wanted teeshirts, bags, jewelry, etc.
By Teena in Toronto at 11:30 pm
Email ThisBlogThis!Share to TwitterShare to FacebookShare to Pinterest
Label(s): Playa del Carmen 2017

Looks lie the weather is nice and the company is good. Enjoy.