Deo, a fella Gord works with, had been given some tickets to tonight's Maple Leafs' game.  He didn't want to go so he gave a couple to Gord.

The Leafs were playing the Tampa Bay Lightning. 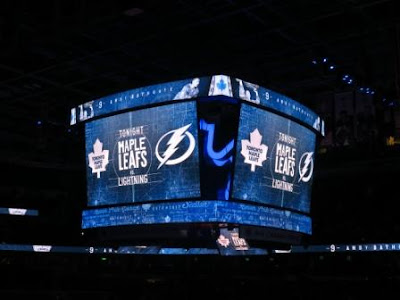 Here are the players warming up. 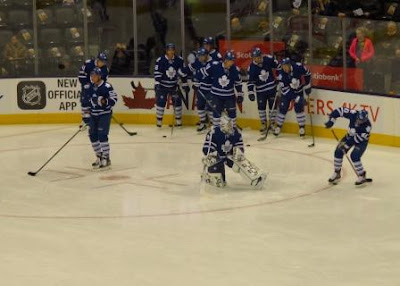 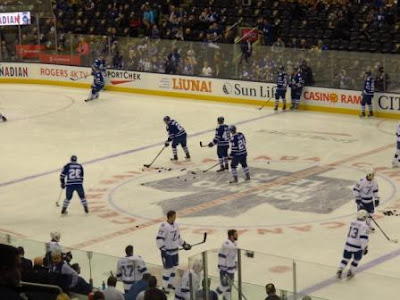 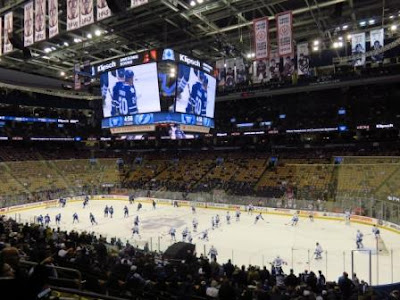 The Leafs aren't doing so great this year.  They haven't won a Stanley Cup since 1967. 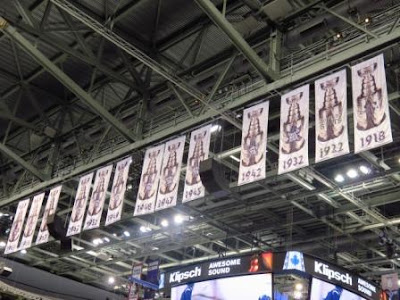 It must have been thrilling for this kid to have the chance to skate around the ACC! 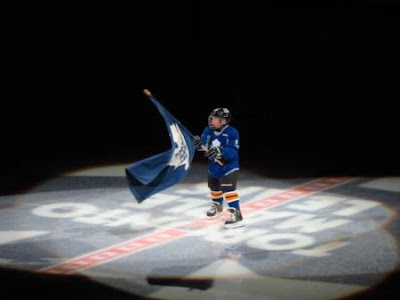 There was a cool light show before the game. 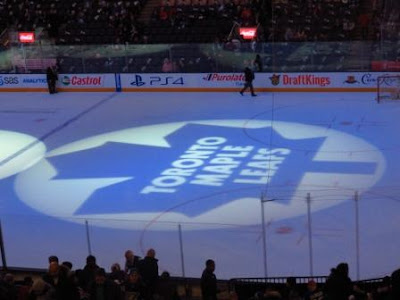 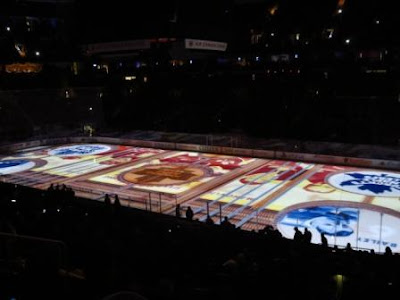 In addition to a moment of silence, there was a tribute to former Leafs' player, Andy Bathgate, who passed away this week. 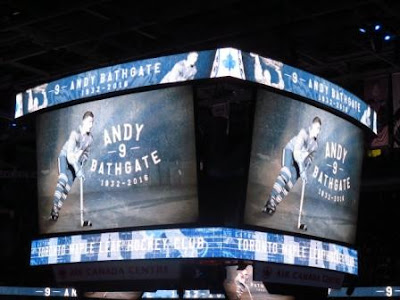 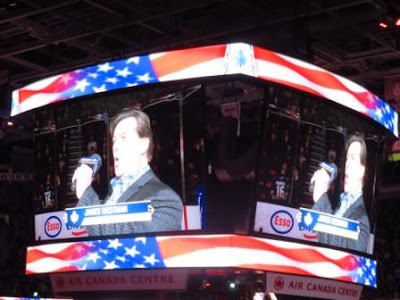 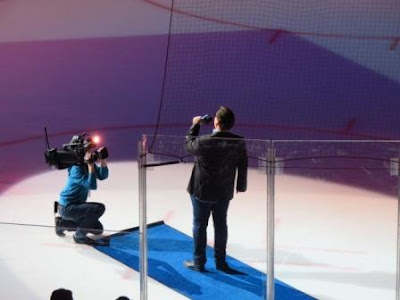 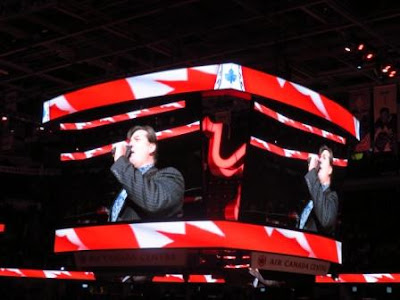 During the Canadian anthem, a giant Canadian flag and a giant Maple Leafs flag was passed through the crowd. 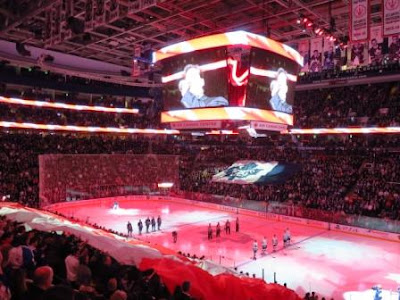 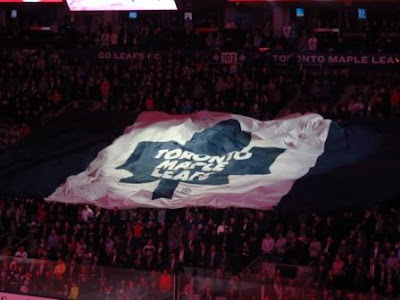 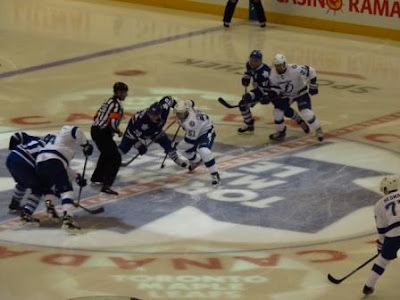 During the game, they listed the 10 players who had been the oldest to play for the Leafs.   Johnny Bower was the oldest at 45 years and 1 month. 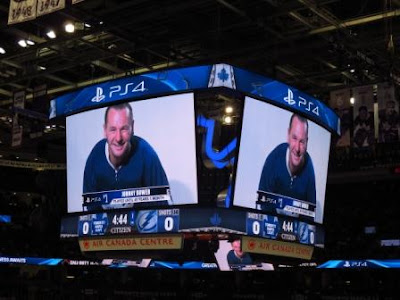 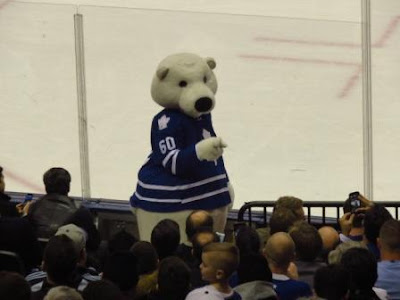 At the end of the first period, there was no score. 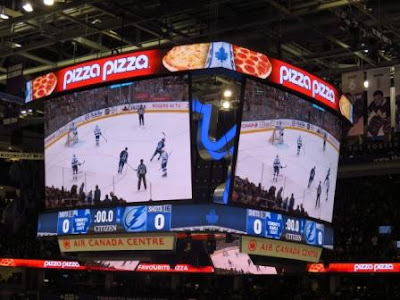 During the first intermission, there was a bubble soccer game. 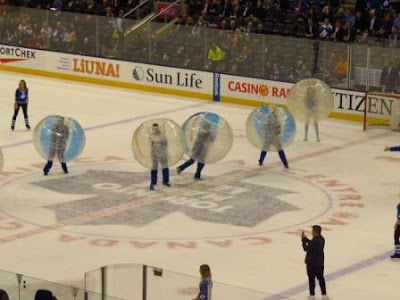 At the end of the second period, the Lightning were winning 2 - 0. 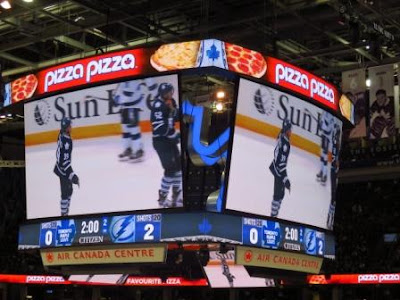 During the second intermission, we hooked up with Craig and Mark, Gord's co-workers, who were at the game (thanks also to Deo).


During the Leafs games, they always pay tribute to a Canadian soldier and give him or her a hockey shirt. 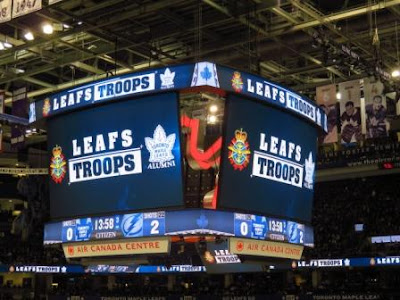 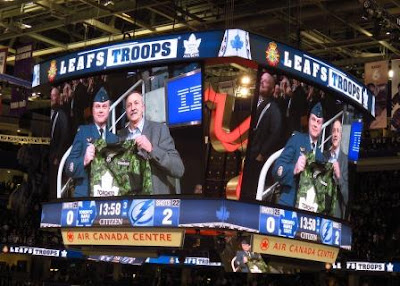 It wasn't a rough game ... until the end when Brown and Carrick got into it and end up with five minute penalties. 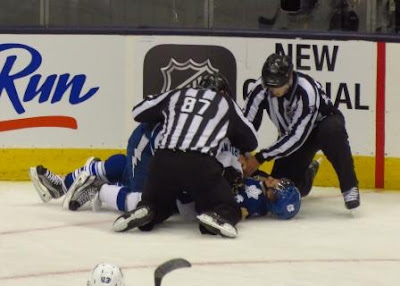 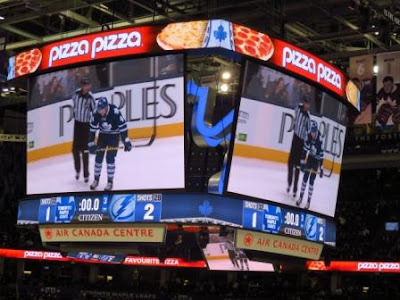 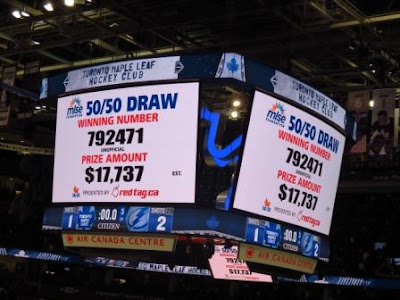 Here are the three stars of the game. 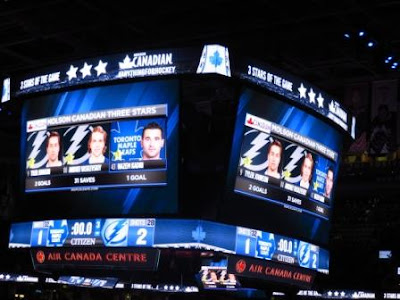 Gord and I don't go to many hockey games so it was fun to get to one.  Getting the tickets for free was even better!
By Teena in Toronto at 10:00 pm
Email ThisBlogThis!Share to TwitterShare to FacebookShare to Pinterest
Label(s): Toronto Maple Leafs