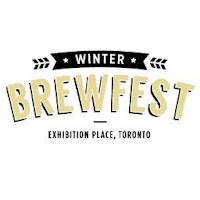 The inaugural edition of the Toronto Winter Brewfest was last night and tonight ... Gord and I went tonight.  Apparently they organize them in Ottawa.

Today we read reviews about last night's session ... mostly bad (the crowds, expensive drink tickets, etc.).  Friends we were going with decided to not go and sold their tickets.  Gord and I went ahead with our plans.  The doors opened at 5pm and we got there shortly after 6pm to avoid a line-up.  We were in line for about ten minutes. 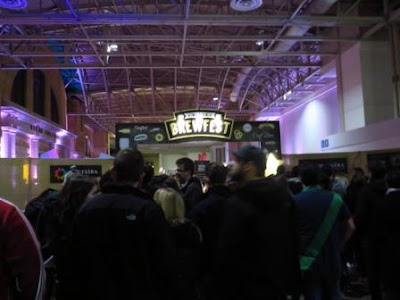 We'd bought our tickets last month ... they were $20 and included a sample mug (there were two styles).


Drink tickets were $1 each ... drinks were two tickets and up for four ounces.

Apparently tonight they increased the venue size by 25%, had more staff, dropped the ticket price of over 15 beers to two tickets per sample and there was free bottled water.

There were DJs playing tunes all night. 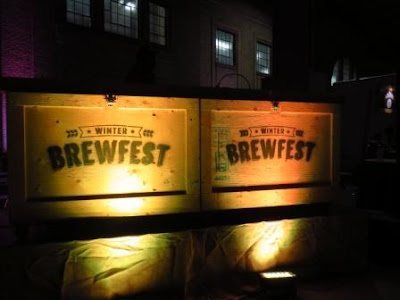 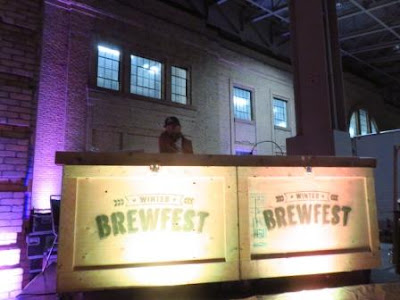 Besides beer, you could also get samples of cider. hard liquor and wine. 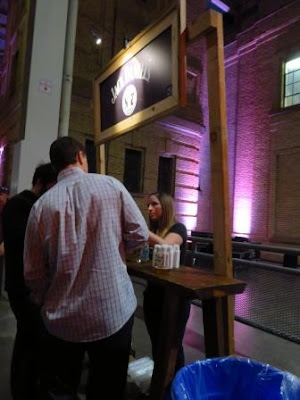 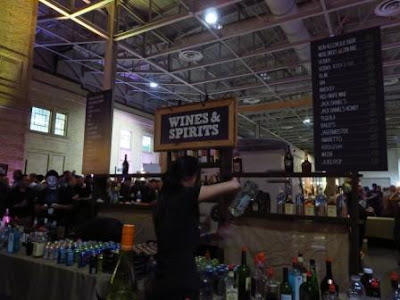 You could play a game to win more drink tickets. 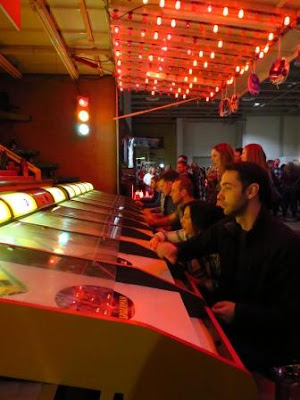 It was really crowded.  And the problem wasn't that there were too many people, I think it was the layout of the booths and serving stations.  There were some along the wall but there were some that were right in the middle of the space.  The line-ups for samples were long, which made it hard to move around.  Plus people would get their samples and then stay in the area, which made it even harder to move around. 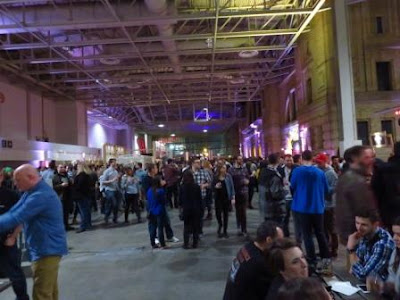 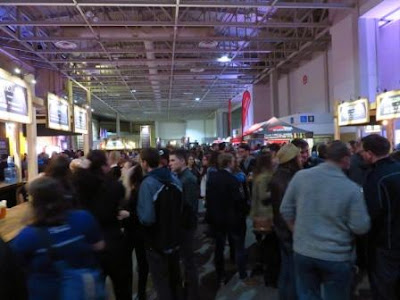 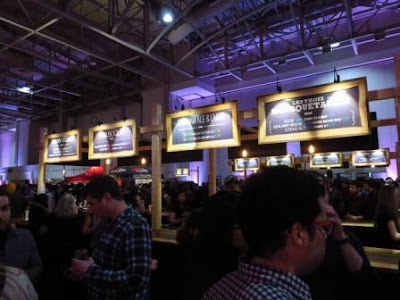 This picture was taken by the event organizers later on after we'd left ... it's looking west from above the wine and spirits booth. 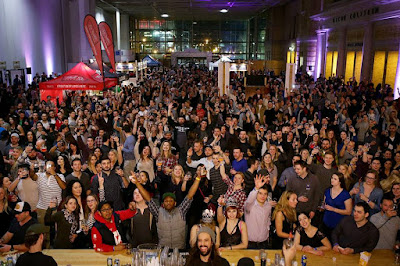 On the plus side, there was an interesting mix of beer providers ... I hadn't heard of a lot of them.  I had a couple lagers from Lowertown (from Ottawa), which were tasty.  It was two tickets for four ounces. 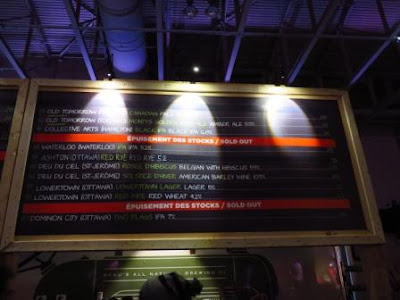 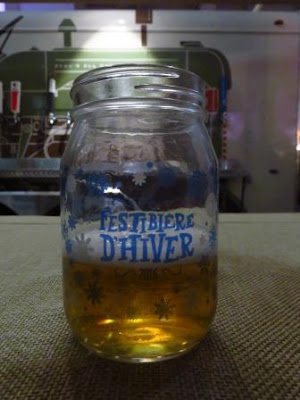 Then I stuck with rum and Pepsi (five tickets) because there was no line-up.

We hung out with our pal, Denyse, for a while before she left to head to a friend's. 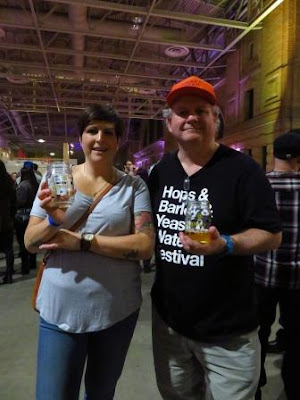 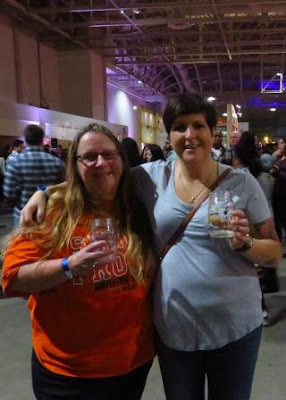 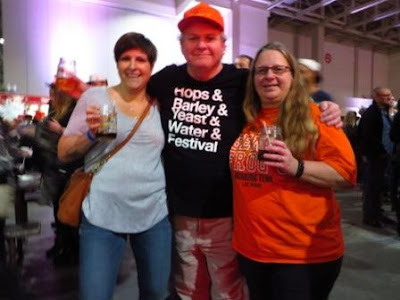 There should have been more seating.  People were sitting the floor with their backs against the wall.  There were a handful of picnic tables in the foodtruck area that were always full.  We started talking with a family from Vaughn who were nice enough to let us sit with them at their picnic table.

Surprisingly there was never a line-up in the ladies' washroom.

If they have this beerfest next year, they should make some changes.  They should change the venue and get a bigger one.  They should plan the place better to improve the flow of traffic.  Plus they need washing stations so we can rinse our glasses for in between the different beers.  All other beer festivals have them.
By Teena in Toronto at 10:00 pm
Email ThisBlogThis!Share to TwitterShare to FacebookShare to Pinterest
Label(s): Beer festivals

Looks like a fun way to spend a couple of hours.