"The Heart of Robin Hood", Royal Alexander Theatre, Toronto, ON

Gord and I saw The Heart of Robin Hood tonight.

Every legendary hero has to start somewhere.

A classic tale goes rogue in "The Heart of Robin Hood, the heart-pounding, eye-popping new stage adventure from the Royal Shakespeare Company that puts a bold new twist on the story of the world's most infamous outlaw.

In this wildly inventive reimagining, Robin Hood isn't a beloved vigilante who gives to the poor ... he's just a headstrong thief. It's up to the brave Maid Marion to protect the kingdom and show this legendary hood how to be a hero.

This raucous and thrilling production explodes off the stage with swashbuckling, acrobatics, comedy, romance and original music written and performed by the celebrated indie roots band Parsonsfield.

It was at the Royal Alexander Theatre. 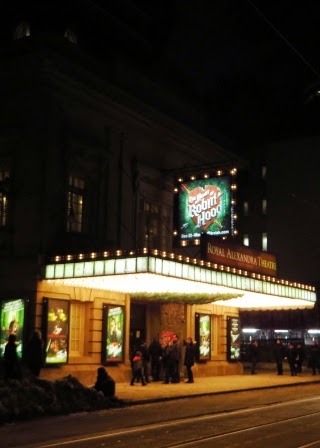 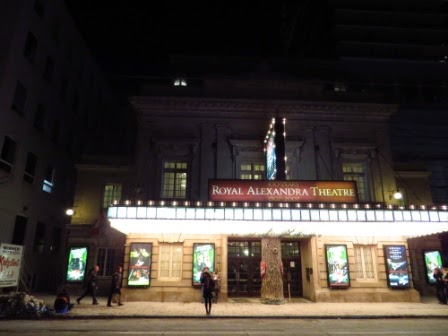 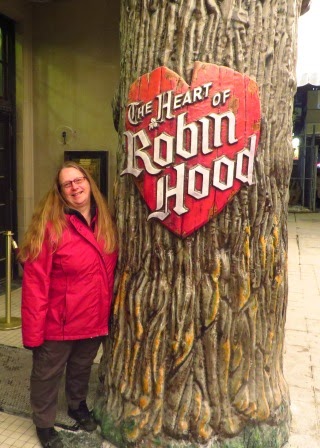 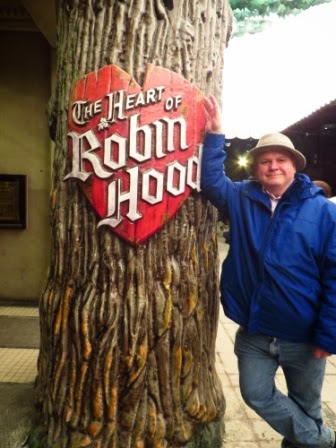 Richard Ouzounian of the Toronto Star described it ...

Part fractured fairy tale, part gymnastic exhibition, part bluegrass concert and part Monty Python-esque burlesque, this certifiably demented show - which arrived here from England, by way of Boston, by way of Winnipeg, and is heading to Broadway straight after its Toronto run ends - has to be one of the most energetic, life-affirming events in recent memory.

And his description was right on.  I would also include that it was also Cirque du Soleilish too as there was lots of acrobatics.  It was funny and silly.  There was always something going on.

Parsonfield was the band of minstrels and were always on stage or just off.  They played during the action and in between scene changes.  The music style was bluegrass and they were good!

None of the actors were weak.  Gabriel Ebert and Izzie Steele were excellent as Robin Hood and Marion.  Robin Hood starts off as a toughie but ends up in love.  Euan Morton was excellent as the evil Prince John and Christian Lloyd was a hoot as Pierre.

The set was cool and was basically a giant green Astroturf slide that everyone kept cliding down and climbing up.

All in all, I thought it was delightful and would recommend it.
By Teena in Toronto at 9:50 pm
Email ThisBlogThis!Share to TwitterShare to FacebookShare to Pinterest
Label(s): Live theatre, Live theatre: Mirvish