Puente de Luz (Bridge of Light) was designed by Chilean sculptor Francisco Gazitua with structural engineer Peter Sheffield. It carries pedestrians and bicyclists from Front Street (between Spadina and Bathurst) to the western portion of CityPlace (condos), across the railway tracks.

After the opening ceremony, the bridge was quickly closed by City inspectors due to concerns over the sharpness of clips holding the mesh to the sides of the bridge and people tripping at joints. Those issues were fixed and the bridge reopened in December 2012.

Gord and I have been wanting to check it out ... just because.  So we did this afternoon. 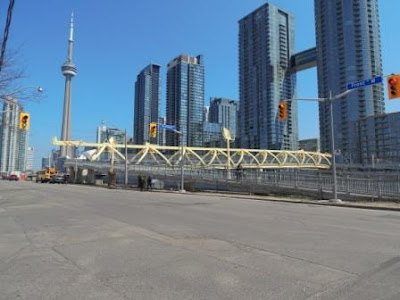 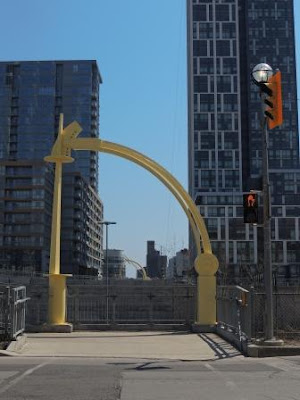 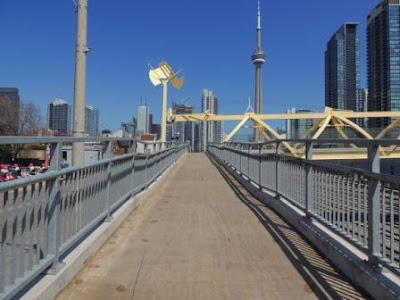 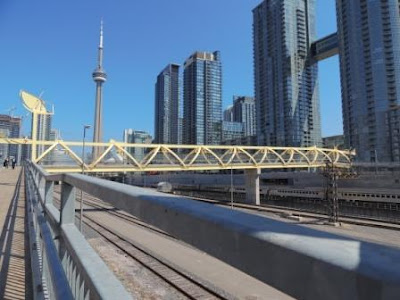 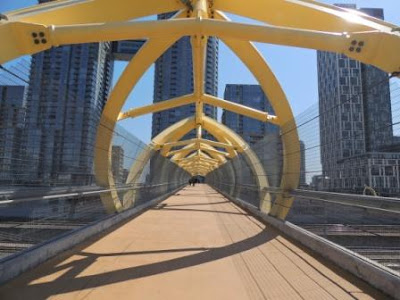 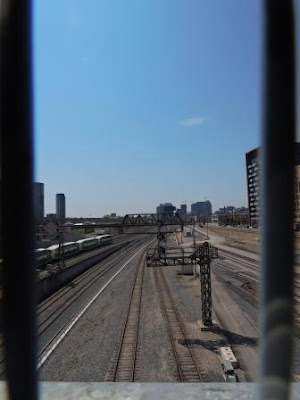 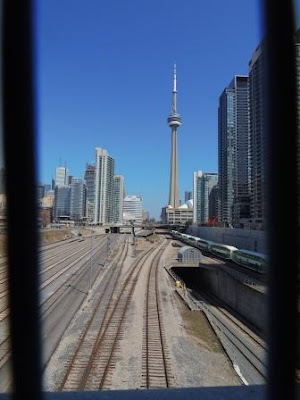 By Teena in Toronto at 3:00 pm
Email ThisBlogThis!Share to TwitterShare to FacebookShare to Pinterest
Label(s): Toronto

I would have gone to check it out, too!

That's the bridge that leads you to all the clubs in Toronto! Lol.