This afternoon Gord and I did the Battle of York Battleground Tour, led by Richard Fiennes-Clinton of Muddy York Tours. 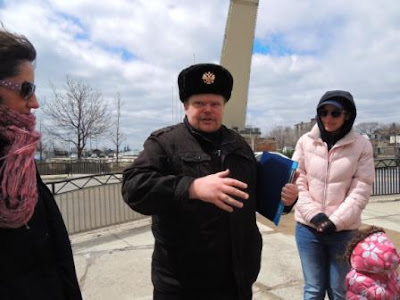 For us modern Torontonians, it's almost impossible to imagine enemy troops arriving in our harbour and then invading our city. But that's exactly what happened on April 27, 1813. Fifteen American ships arrived in York's harbour on the evening of April 26 and the next morning somewhere between 1,600 and 1,800 American troops landed on shore and fought their way across the CNE grounds to capture Fort York and the town.

It was the first major American victory of the war, which the Americans had started almost a year before in June of 1812. On this tour, you'll visit the site of the battle, learn about the details as they unfolded that morning and learn about the eventual capitulation to the American invaders. Hundreds were killed during the battle and were buried where they fell. So we'll stop along the way and pause to remember those who died in the battle.

Hard to believe that the American ships were docked out there on the harbour waiting to attack. 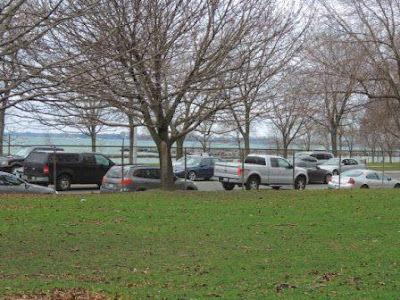 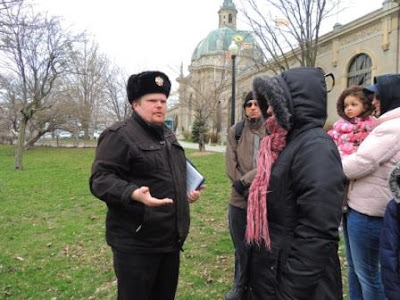 We walked around the CNE grounds. 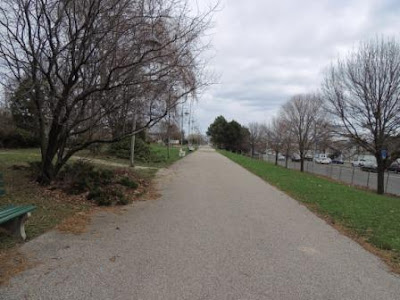 We passed by Scadding Cabin, the oldest building in Toronto. 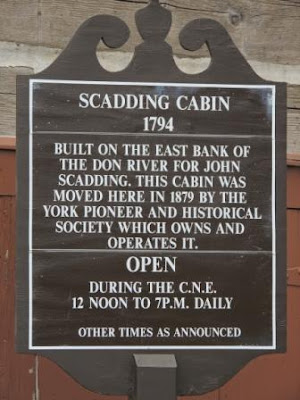 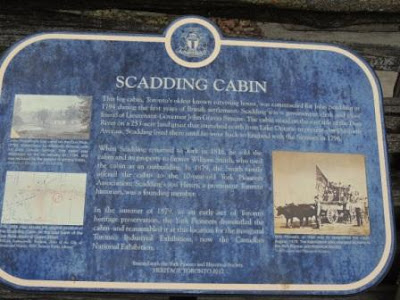 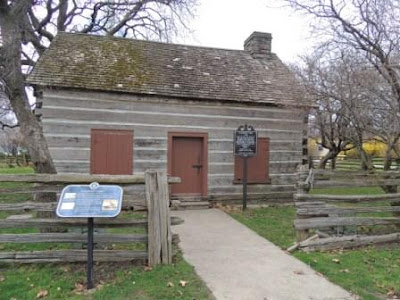 We stopped by the Fort Rouillé Monument, which marks the spot where a French-built fort was built in 1750 (and burnt in 1759).  There is an outline of the fort. 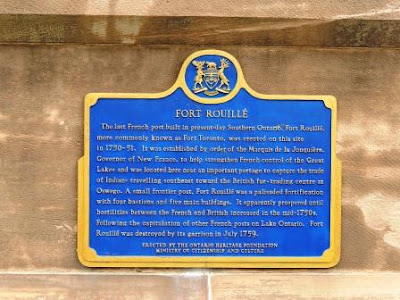 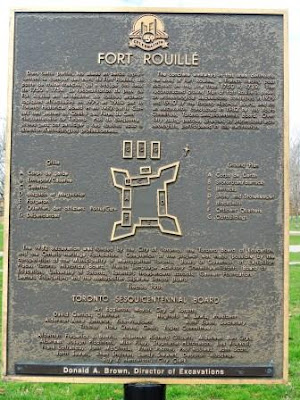 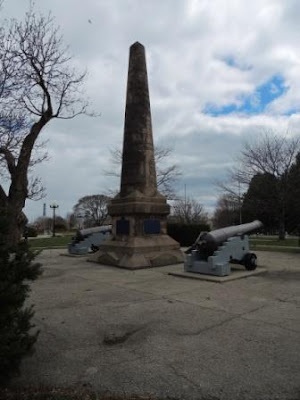 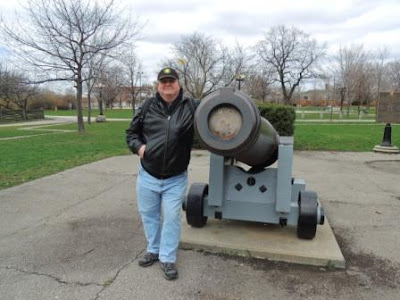 We also passed by the Shrine Peace Memorial. 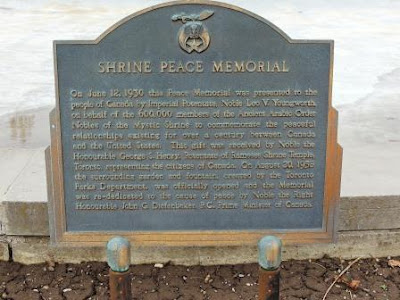 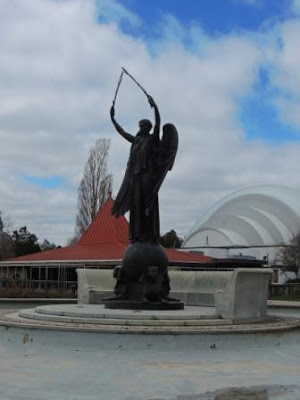 Picture this as a forest with Americans charging in to take over Fort York.  Alas, the Americans won. 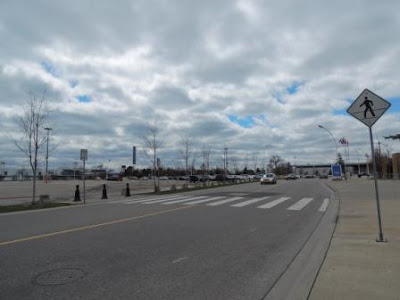 We passed by Stanley Barracks. 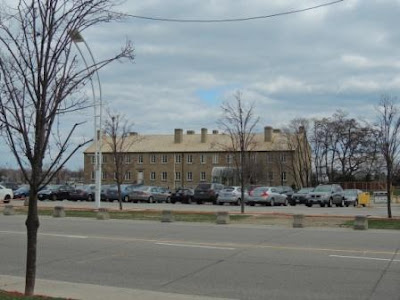 Here are the Princes' Gates, opened by princes Prince Edward, Prince of Wales (later Edward VIII) and Prince George (later the Duke of Kent), on August 31, 1927. 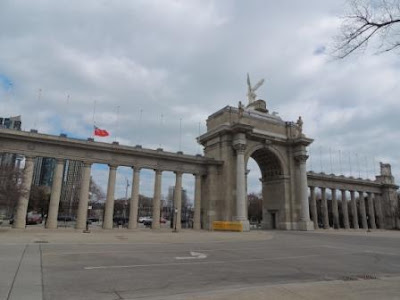 After the walk, we walked passed Fort York, which is what the Americans took over. 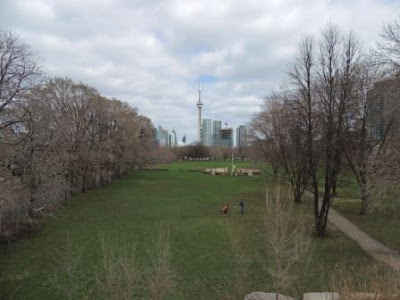 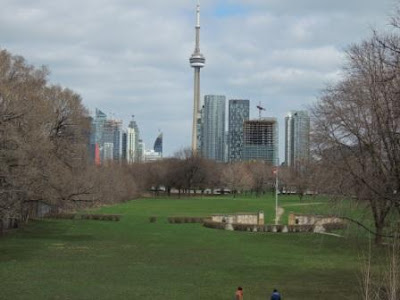 As always it was an informative walk.
By Teena in Toronto at 2:30 pm
Email ThisBlogThis!Share to TwitterShare to FacebookShare to Pinterest
Label(s): Toronto

Oh wow, what an interesting tour.