When I heard a couple months ago that ELO was coming to town, I thought it would be a good concert to see.  I loved ELO back in the day (and still do!).  But then I kind of forgot about it. 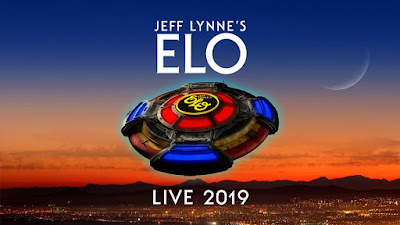 Last month I found their 2017 Wembley concert on TV and watched it ... and loved it!  That inspired me to buy a ticket for tonight's concert.

Gord doesn't really know who they are and as it turns out, he's out of town this weekend starting tonight anyway, so I bought a ticket.  My seat was awesome ... I was one section to the left of the stage in the second row in the third seat.

Dhani Harrison, George Harrison's son, was the opening act.  Though I didn't know any of his songs, he was good.

At 9:15pm, Jeff Lynne and ELO came on.  Whoohoo!  Not surprising, it was an older crowd and everyone knew all the words to the songs! 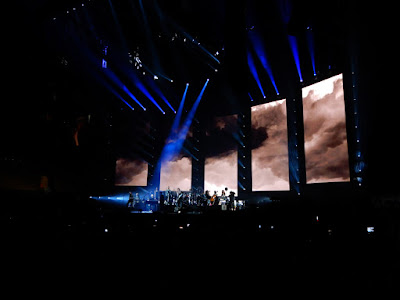 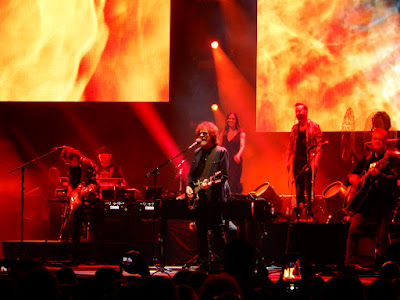 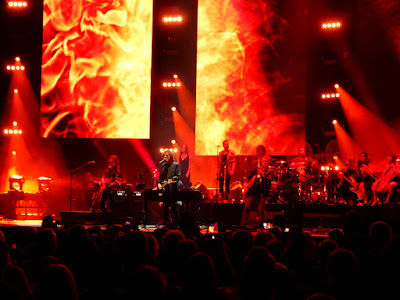 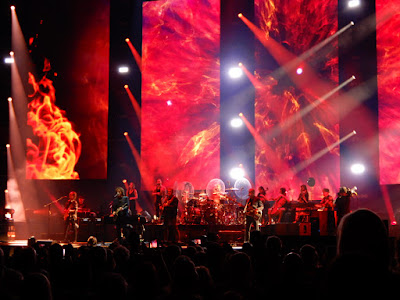 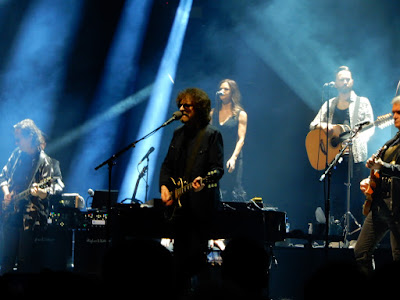 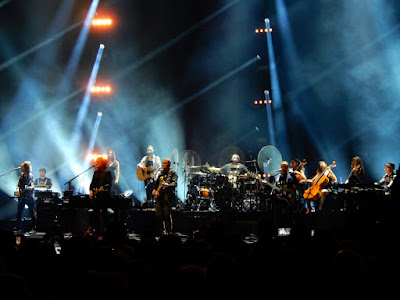 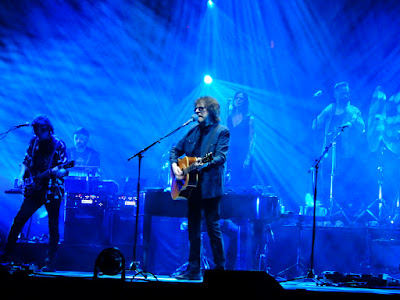 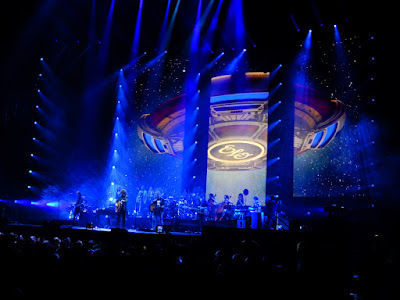 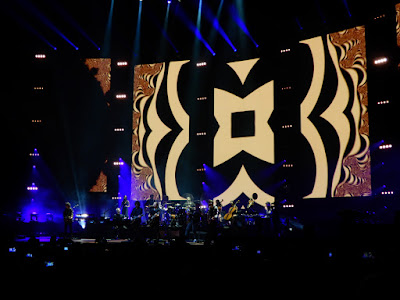 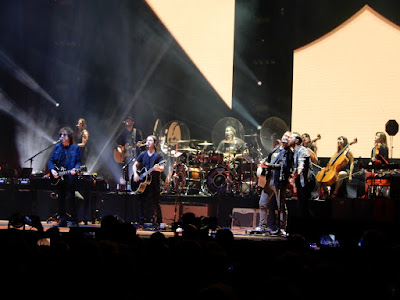 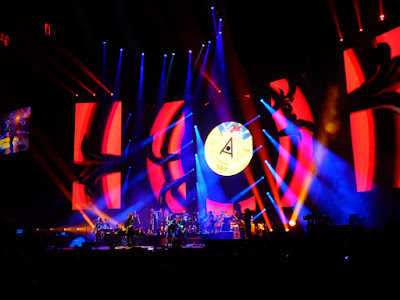 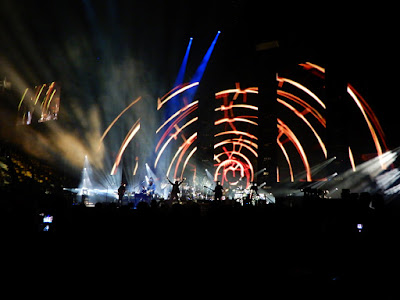 The band gathered to say good night ... and then came back for one more song. 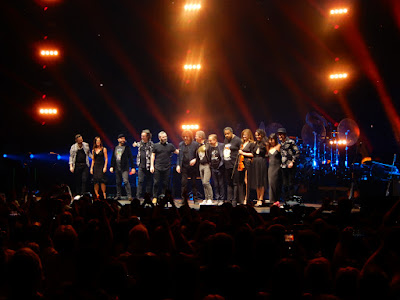 It was a fabulous concert and I'm glad I went.
By Teena in Toronto at 11:00 pm
Email ThisBlogThis!Share to TwitterShare to FacebookShare to Pinterest
Label(s): Concerts