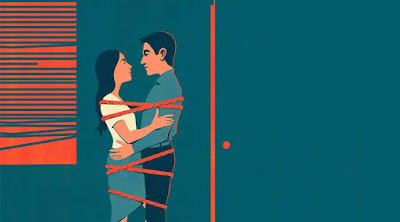 This afternoon Gord and I saw the play Fool for Love, by Sam Shepard.  It was a finalist for the 1984 Pulitzer Prize for Drama.

Some people you just can’t quit.

On the edge of the desert, passions are buried deep, and secrets even deeper. Eddie has come to bring May out of hiding and win her back, no matter who stands in the way.

This celebrated work from Sam Shepard combines his characteristic dark humour with a raw energy that won’t let go.

It was about 75 minutes and there was no intermission.  Yesterday was the first day for it and it runs until August 11. 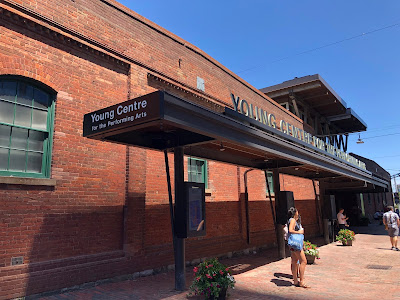 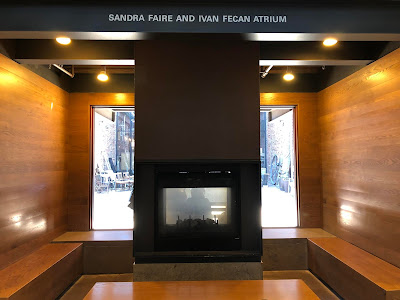 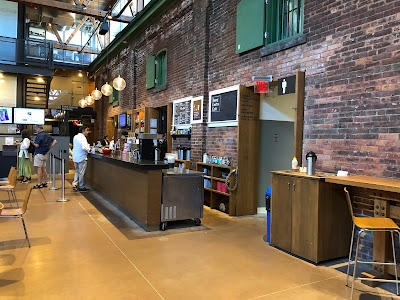 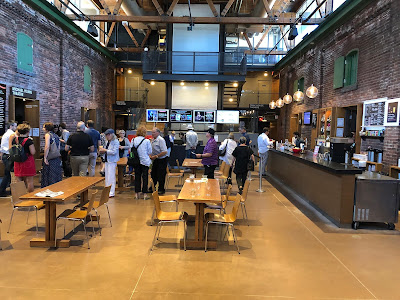 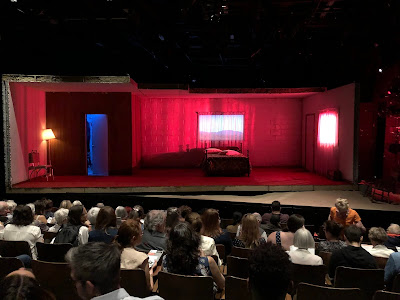 May is staying at at a rundown Mojave Desert motel when Eddie, an old boyfriend, shows up.  Eddie tries to convince May to come back to him and live in a trailer on a farm in Wyoming and May refuses.  She has no desire to live in a trailer ... she has a job and started a new life.  She even has a date that night with a man named Martin.  There is an old man sitting next in a rocking chair in the sand next to the hotel who provides comments throughout the play.

When the play started, it was May and Eddie arguing back and forth.  She would kick him out and then be heartbroken.  He would come back and she would be tough.  I found the play got more interesting towards the end when Martin arrived to take May to the movies and Eddie, then May, reveal their twisted history.

There are only four actors in this play and I thought they were good.  They were convincing in their roles ... Eion Bailey and Cara Gee as the tormented Eddie and May, Stuart Hughes as the passive then raging old man and Alex McCooeye as the bewildered innocent Martin.
By Teena in Toronto at 3:30 pm
Email ThisBlogThis!Share to TwitterShare to FacebookShare to Pinterest
Label(s): Live theatre, Live theatre: Soulpepper