I had lunch today at Rustic Cosmo Café in Parkdale (on Queen Street W, just west of Dufferin Street), which isn't far from my 'hood.

I've walked by it about a million times over the years but have never stopped in.  For some reason, I thought it was just a coffee shop and I don't drink coffee.

I popped my head in today and discovered that they also serve food. 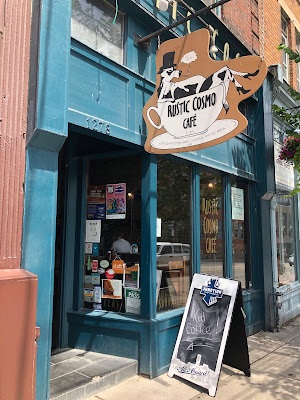 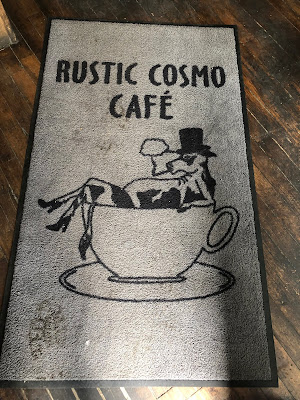 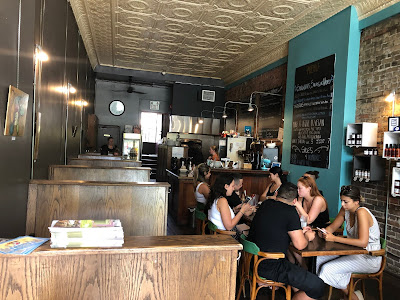 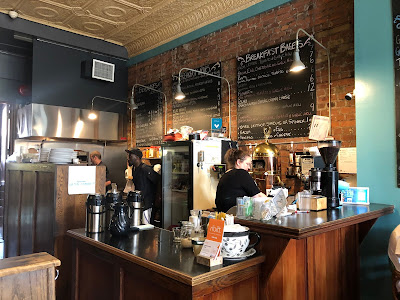 I ordered a BLT bagel (without lettuce) with homefries and a glass of milk.  The bagel was good.  It was toasted just right and was soft with a bit of crunch.  The homefries were really good.  They are apparently a family recipe and I could taste a fair amount of garlic (which I like).  I'd get this again. 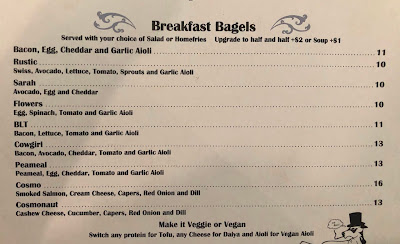 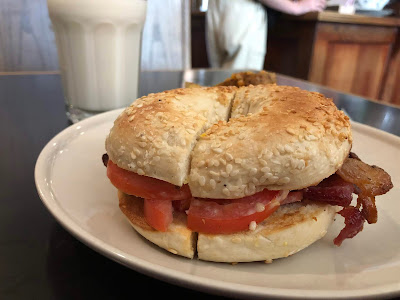 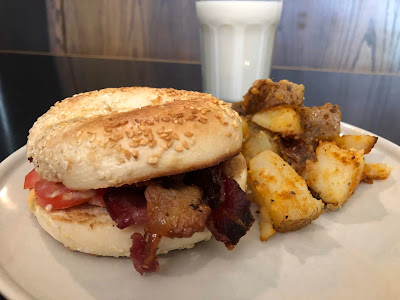 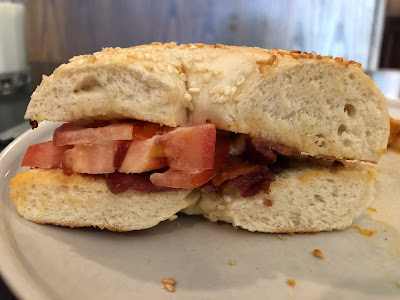 I chatted with Nicole, the owner and also my server, as I was paying.  She and her mom started the café about 25 years ago when she was 17.  She was friendly and took good care of me.

By Teena in Toronto at 1:00 pm
Email ThisBlogThis!Share to TwitterShare to FacebookShare to Pinterest
Label(s): Rustic Cosmo Café Toronto ON