Gord and I enjoy playing cribbage.

We discovered that cribbage tournaments are held every few months at the Royal Canadian Legion - Branch 31 Mount Dennis.  We've been to a couple this year and had fun and went again today. 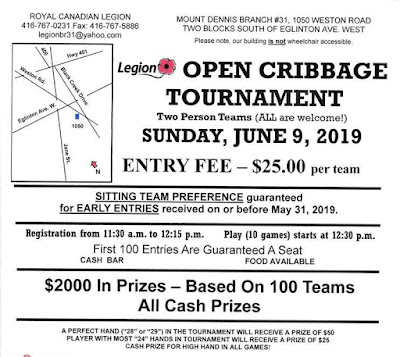 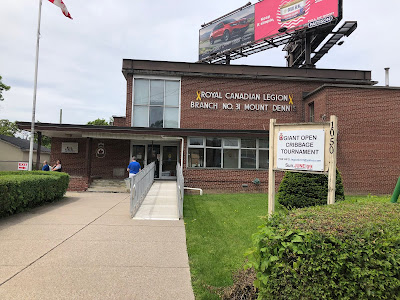 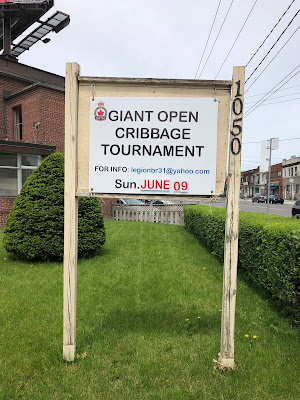 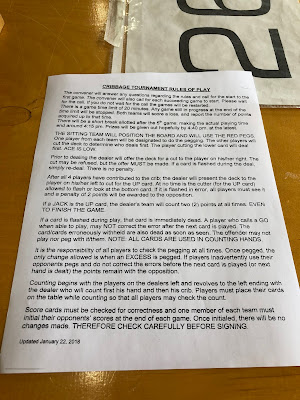 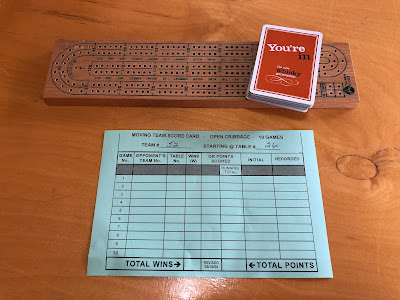 There were 54 teams today. 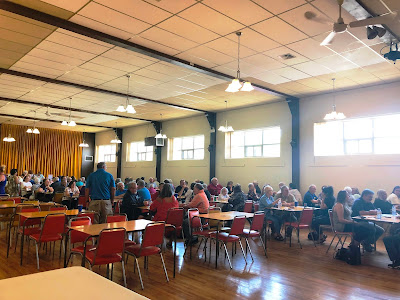 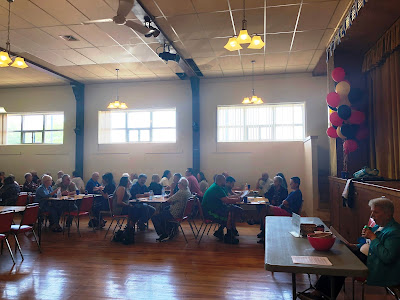 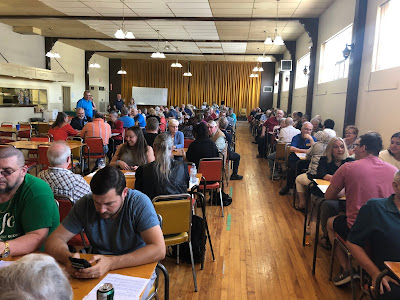 Gord and I were team #51.  We played 10 games and were a "sitting team" (we stayed at the same table for all ten games).  We started as team #52 and were a moving team but at the last minute, they made us a sitting team.  After our first two losses, Gord and I switched seats and he stopped cutting before a deal and we started winning.  We did that again for our tenth game (after four losses!) and won.  In the last two tournaments, we had won four games and lost six.  We were hoping to do better today ... but we didn't.  We won four games and lost six ... at least we're consistent. 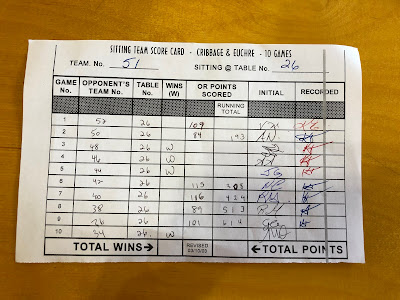 Here were the prizes ... needless to say, we didn't come close to winning any.  We left after we finished out tenth game and didn't stick around to see the final tally.  Going into the tenth game, there were two teams with eight wins and one close loss. 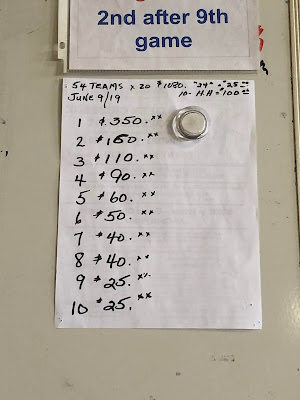 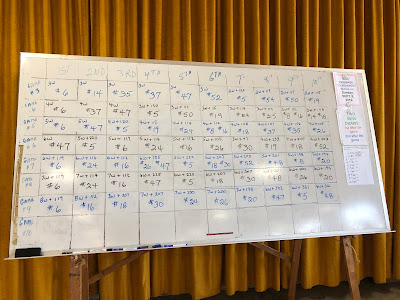 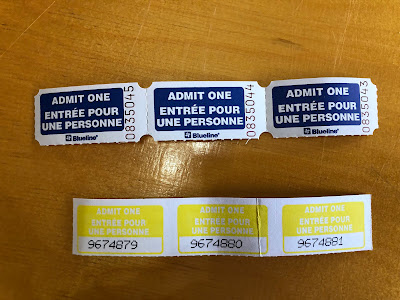 Though we didn't win any prizes, we had a lot of fun.  We'll be back for the next one in September!
By Teena in Toronto at 5:00 pm
Email ThisBlogThis!Share to TwitterShare to FacebookShare to Pinterest