I am in Ottawa for the next couple of days.  I took a walk this afternoon to the Terry Fox Statue (I am a volunteer with our neighbourhood Terry Fox Run).

The statue of Terry Fox, which stands across from Parliament Hill in Ottawa, portrays the courage of this true national hero. At age 21, this young man began his Marathon of Hope to raise money for cancer research.

He ran for a total of 143 days, through the Maritimes, Quebec and Ontario. But the bone cancer that had claimed part of his right leg returned. He was forced to stop his run near Thunder Bay, Ontario. Terry Fox died on June 28, 1981, one month before his 23rd birthday.

His courage continues to inspire millions of people who each year participate in the Terry Fox Run in more than 50 countries to raise funds for cancer research.

The statue of Terry Fox was created by John Hooper in 1983. 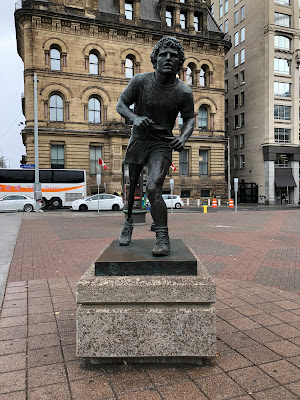 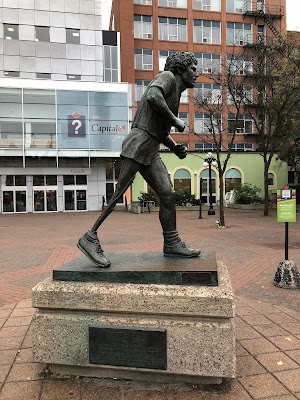 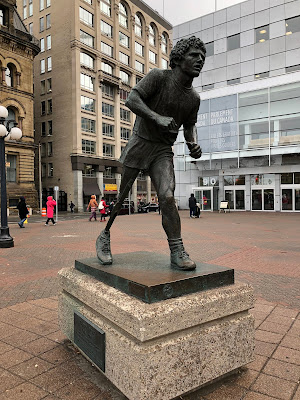 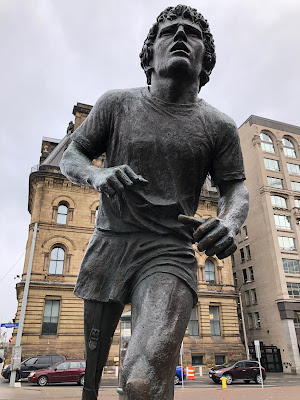 By Teena in Toronto at 3:30 pm
Email ThisBlogThis!Share to TwitterShare to FacebookShare to Pinterest

This is one of my favourite statues. When I am downtown, which doesn't happen that often, I try and drive by it at least.