After I left the Terry Fox Statue, I headed to the National War Memorial.

The National War Memorial, also known as “The Response,” is a cenotaph symbolizing the sacrifice of all Canadian Armed Forces personnel who have served Canada in time of war in the cause of peace and freedom--past, present and future. The memorial is the site of the national Remembrance Day Ceremony on November 11.

The National War Memorial was first unveiled in 1939 to commemorate the response of Canadians in the First World War 1914-1918. Over the years, the memorial has come to symbolize the sacrifice of all Canadians who have served Canada in time of war and was rededicated to their honour.

My timing was perfect as I got to see the changing of the guard at 4pm. 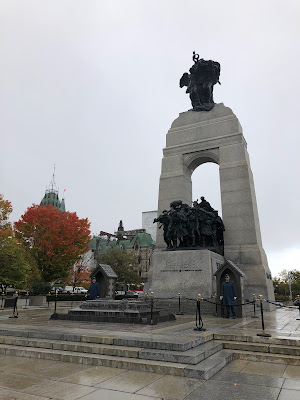 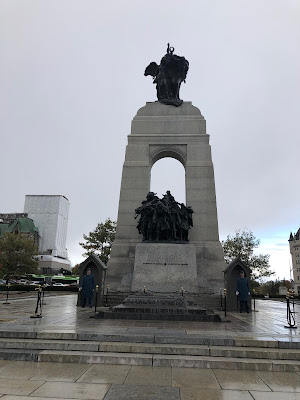 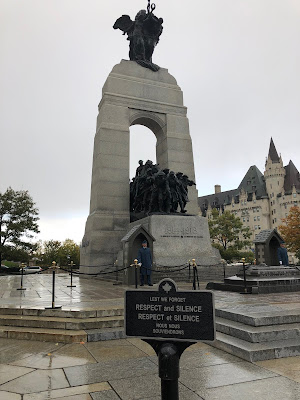 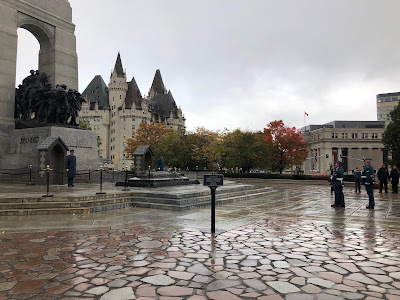 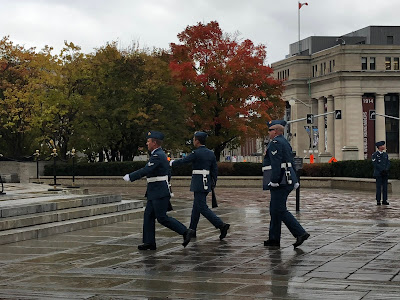 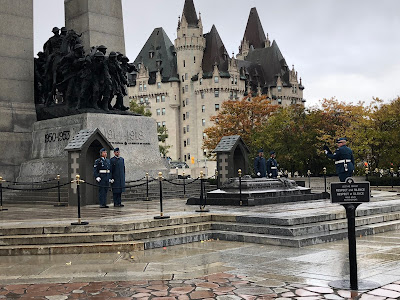 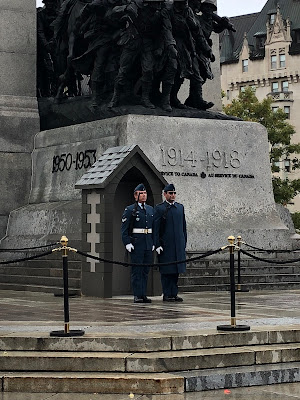 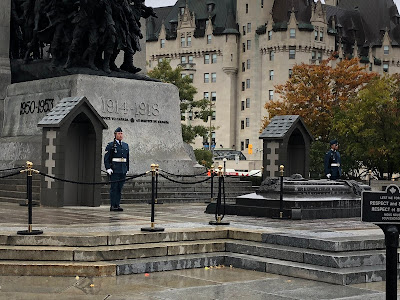 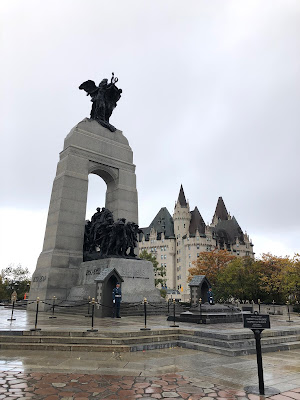 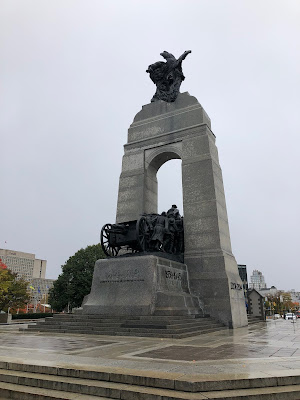 It is such a beautiful monument. It has my fave tomb of the unknown solder in the world.