"The Royale", Soulpepper Theatre, Toronto, ON

When I saw that The Royale was playing at the Soulpepper Theatre, I thought it would be a fun play to see with my pals, Trish and Yvette.  Trish and I have done boxing classes and Yvette was our boxing instructor. 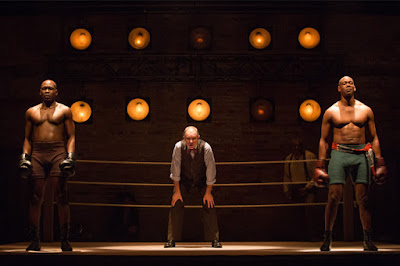 Told in a boxing ring over six rounds, "The Royale" is an electrifying adrenaline rush that shows us the deeply human cost of making history. From playwright Marco Ramirez (Orange is the New Black, Daredevil) comes a story inspired by World Heavyweight Champion Jack Johnson – who at the height of the Jim Crow era – became the most famous Black man on Earth.

Gord, Trish and Yvette met beforehand at a restaurant near the restaurant.  I was driving in from Waterloo and traffic was brutal so I missed supper and met them at the theatre. 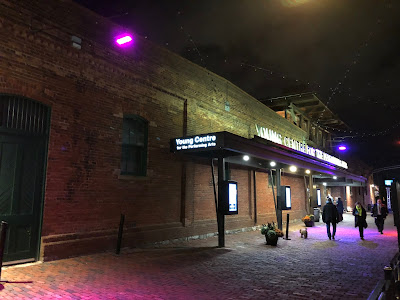 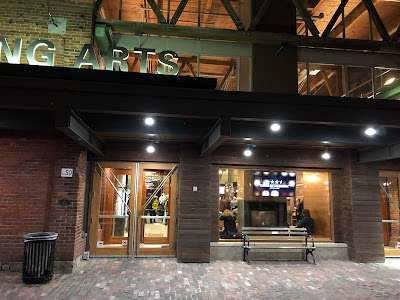 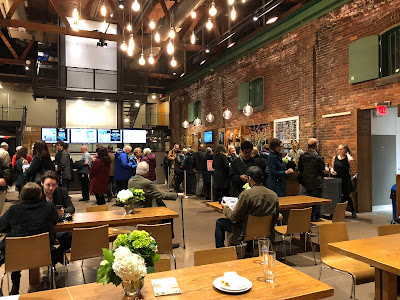 The stage was set up at a boxing ring. 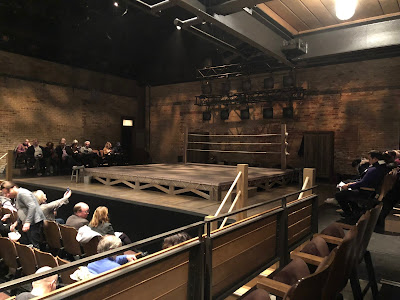 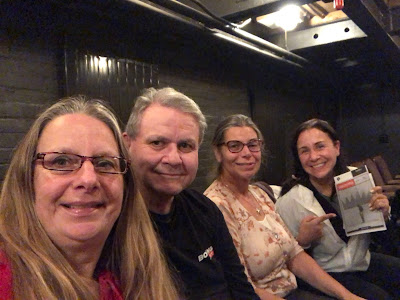 The play was really good.  I knew nothing about Jack Johnson and found it interesting.  The actors were excellent in their roles.  Not only was it a play about a fight for a championship but it went deeper and was about the consequences of having a "coloured" boxer challenge and potentially beat the white boxing champion.  The stage and lighting was used well.  It turns out the fighting director is our neighbour, Simon Fon!

After the play, we hung out a bit catching up (as I missed supper).  The actors came out and we chatted with Dion Johnstone (Jay/Jack).  Yvette has a monthly radio/Internet show and suggested that Dion would be an interesting guest on her show ... it will be interesting to see if it happens. 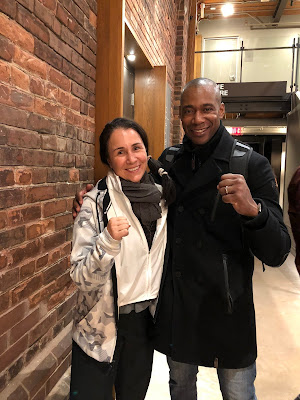 By Teena in Toronto at 9:00 pm
Email ThisBlogThis!Share to TwitterShare to FacebookShare to Pinterest
Label(s): Live theatre, Live theatre: Soulpepper