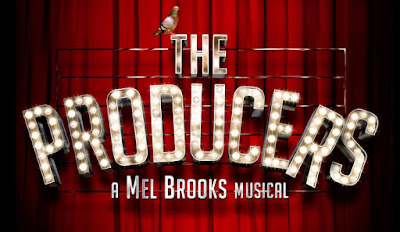 This evening Gord and I saw The Producers.  We saw the Mirvish production many years ago and I've seen the 2005 movie with Nathan Lane and Matthew Broderick so I knew the story.

The Tony-winning musical based on the Oscar-winning movie! An explosion of pure comedic lunacy from the twisted mind of Mel Brooks! When down-and-out producer Max Bialystock learns it's possible to make more money from a flop than a hit, he sets out to make the worst show possible:

Complications arise when the show unexpectedly turns out to be successful, due largely in part to the unexpected and comedic antics of the main actor! With extravagant costumes, large dance numbers, and spectacle after spectacle, this show is one of the largest, most audacious, and knee-slappingly funniest musicals of all time! 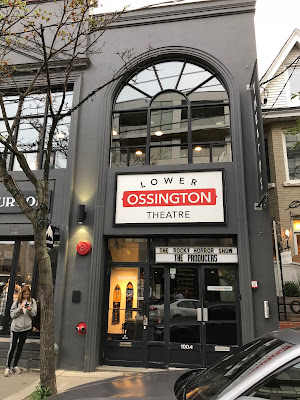 This is a fabulous production!  Benjamin Todd and Hugh Ritchie are excellent as Max Bialystock and Leo Bloom.  Mitchell Court and Ryan Gordon Taylor are fun and campy as Roger and Carmen.  All the other actors had different roles and they moved in and out of them really well.  Despite it being a smaller theatre, this seemed like a big-theatre production.  As a head's up, there is swearing.

It's there until the middle of November ... I highly recommend that you check it out!
By Teena in Toronto at 10:15 pm
Email ThisBlogThis!Share to TwitterShare to FacebookShare to Pinterest
Label(s): Live theatre, Live theatre: Lower Ossington Theatre

Based on your great review I am going to get tickets!