I was in Montreal on Monday until today and spent Monday and last night at Hotel Monville, which apparently just opened in June. 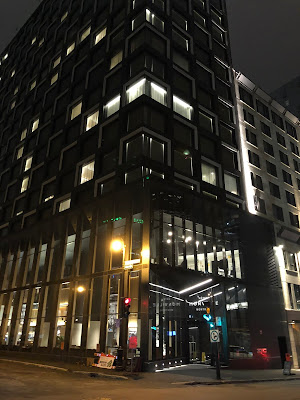 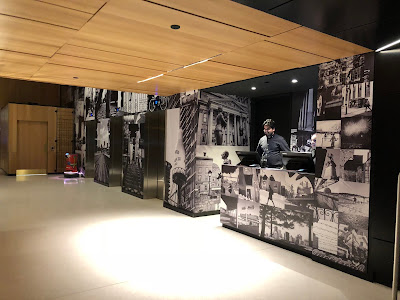 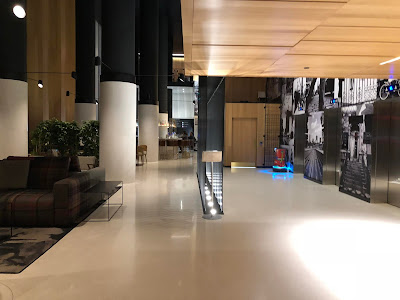 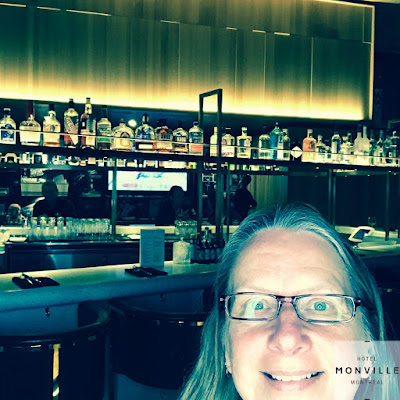 There is a terrace on the 20th floor ... here are the views. 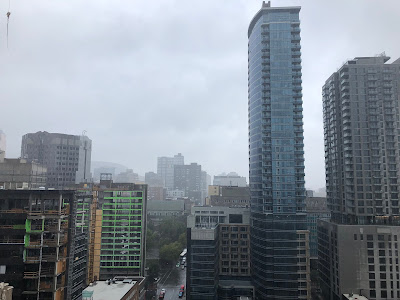 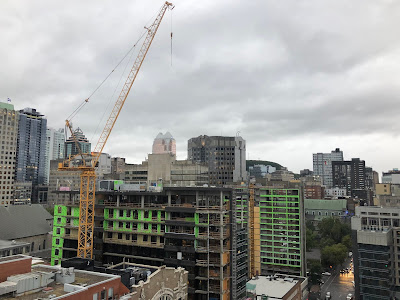 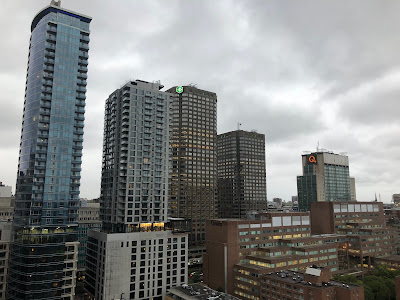 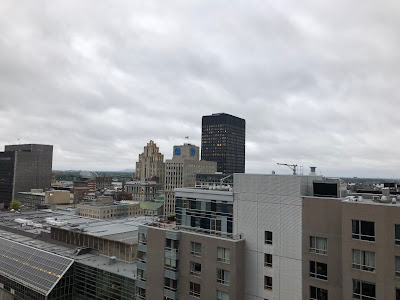 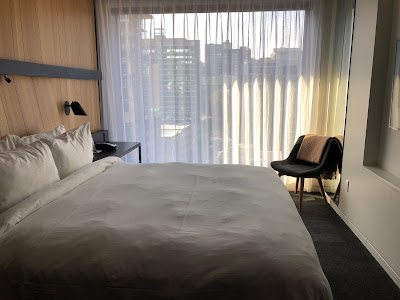 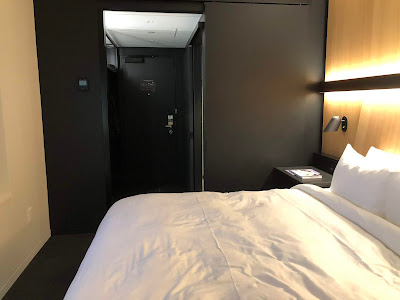 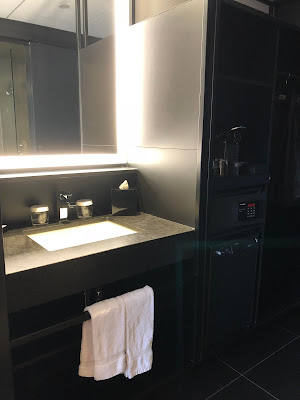 My room was small but functional.  The blinds were power controlled with a switch on the wall.  The coffee maker was a Nespresso.  WIFI was included (up to six devices a day) and was speedy.  There was a mini fridge and an in-closet safe.

There was a thermostat on the wall and though I had it turned down to 68F, I found the room a bit stuffy at night ... I couldn't kick off the blankets at night and just have a sheet on me because there was no sheet, just a duvet.

There was no alarm clock.  I asked the housekeeping supervisor about that and he said I could set the alarm using the TV (the TV could do a lot) but I wasn't able to figure it out.  I ended up using my cell phone as my alarm, which was fine, but in the middle of the night it's nice to be able to glance over at a clock to know what time it is.

Though the TV was cool and seemed to have a lot of functions, the remote control didn't work very well, which was annoying.

I had requested a late check-out and was "approved" until 1pm.  When I tried to get into my room about 12:30pm, though, my key pass had been disabled.  Huh?!

The hotel is within walking distance from St. Catherine Street where there is lots of shopping and restaurants and also Old Montreal.
By Teena in Toronto at 1:00 pm
Email ThisBlogThis!Share to TwitterShare to FacebookShare to Pinterest
Label(s): Hotels