This afternoon I went to the Toronto Craft Beer Festival, which was sold out.  I'd bought an early bird VIP ticket in January ($45 rather than $55) which provided early entry (noon rather than 1pm), a separate entrance, access to the VIP area (dedicated bathrooms, occasional trays of fruit and veggies, etc.), a six-ounce sampling glass, ten sampling tokens (sampling tokens were $2 each).  Regular tickets were $30 and you got a sampling glass and five sampling tokens.  It was the first time I'd been to this festival (it was its second year). 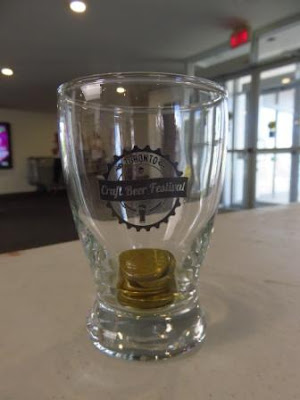 It was held yesterday and today at Ontario Place (from from 1pm 'til 10pm today). 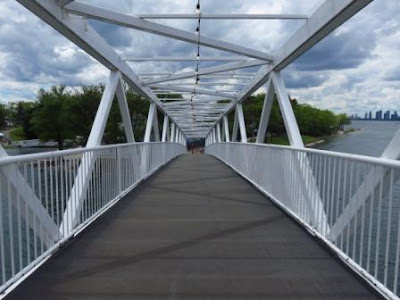 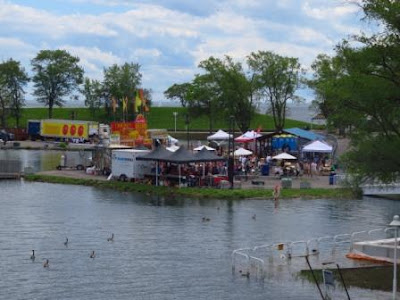 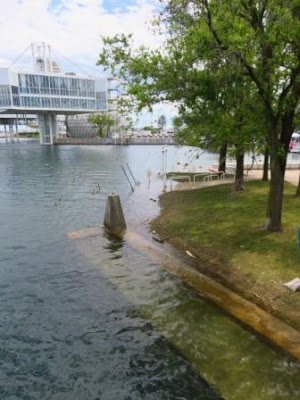 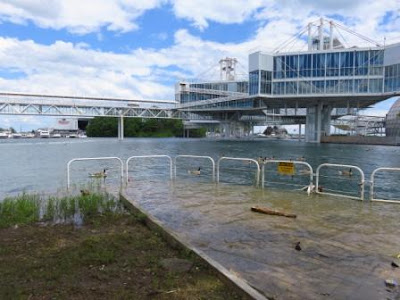 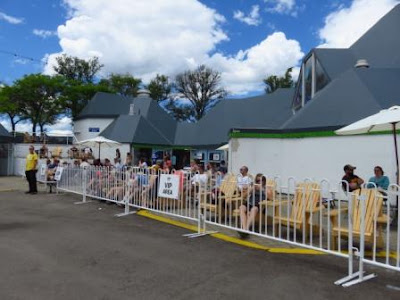 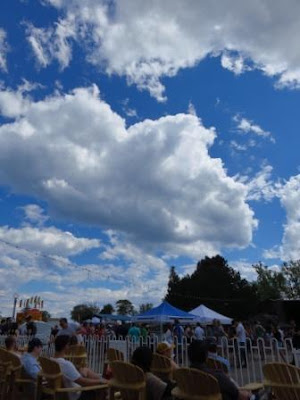 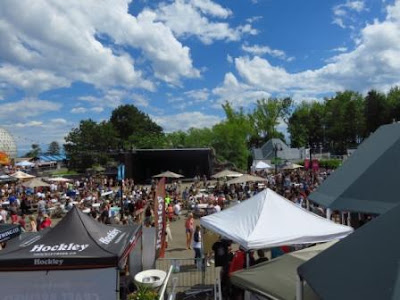 Here was the main area. 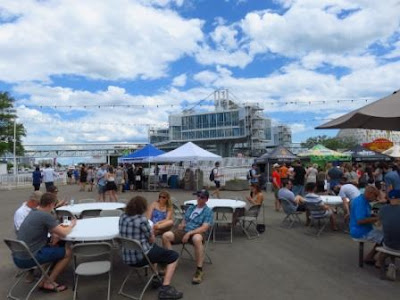 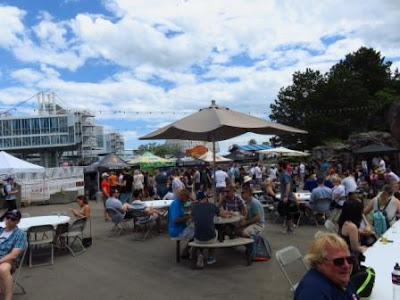 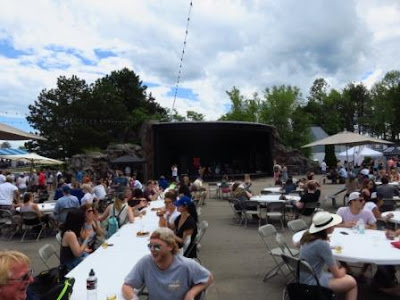 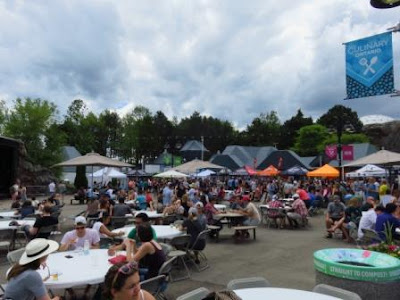 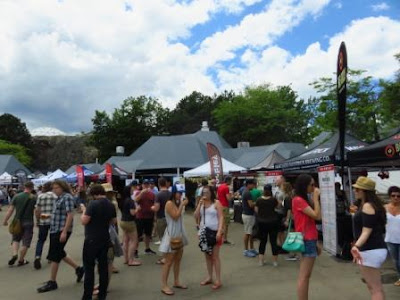 There was an area where you could buy food and play games. 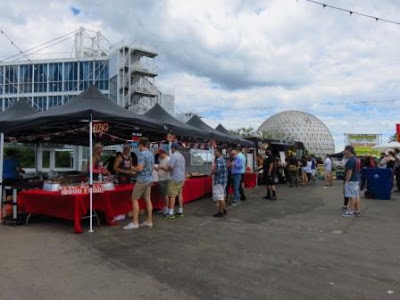 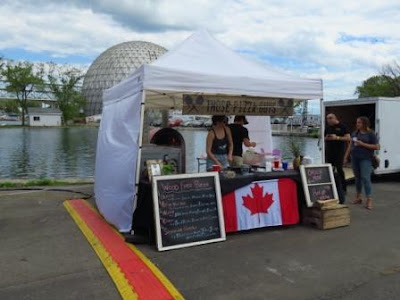 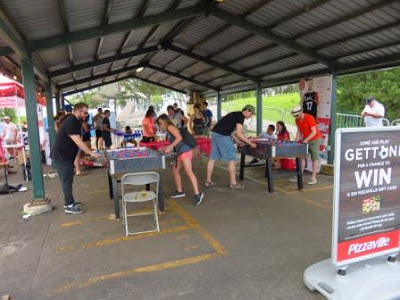 There were bands playing all day. 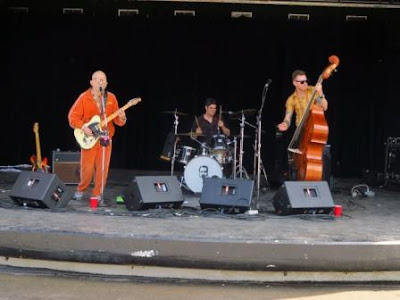 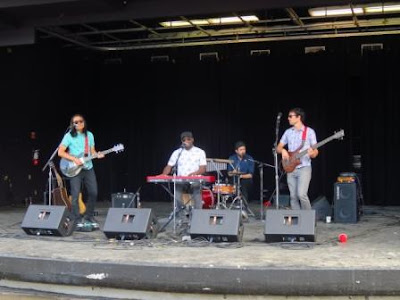 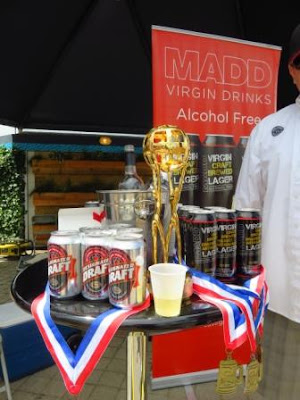 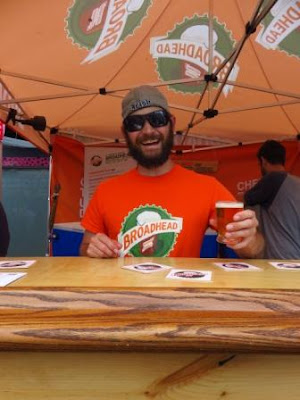 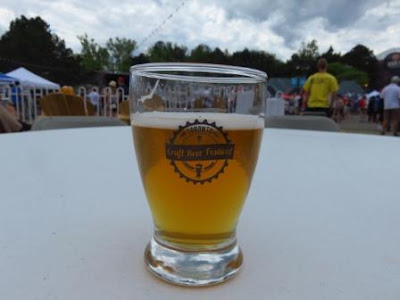 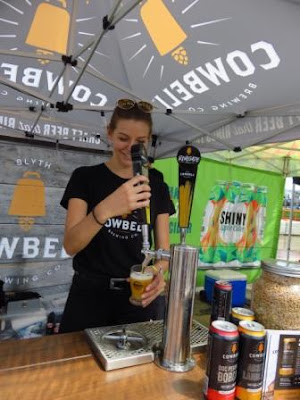 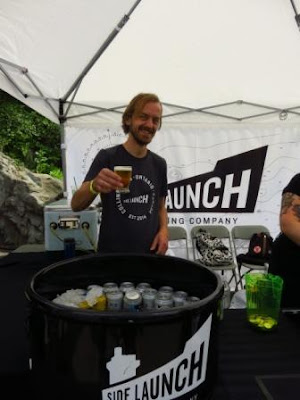 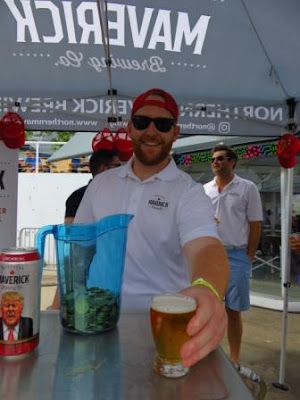 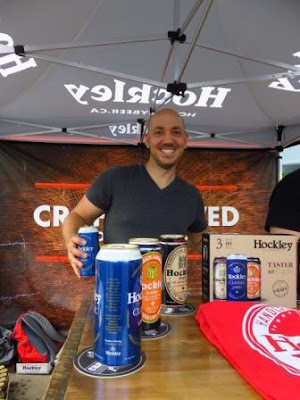 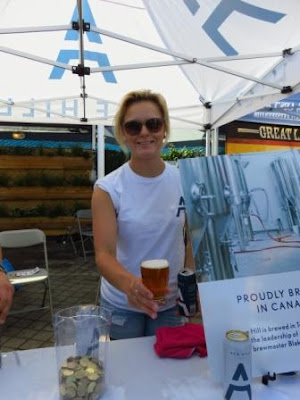 This was a fun festival!  I look forward to going to next year's and I'd get the VIP ticket again.
By Teena in Toronto at 8:00 pm
Email ThisBlogThis!Share to TwitterShare to FacebookShare to Pinterest
Label(s): Beer festivals