It's been three months since Morgan passed away and I thought it was time to get Crumpet a buddy.

I saw on Facebook Saturday morning that the Annex Cat Rescue (we had adopted Crumpet from the them six years ago) was having an adopt-a-thon at Pet Uno.  The grey tabby on the right caught my eye (I love tabbies!). 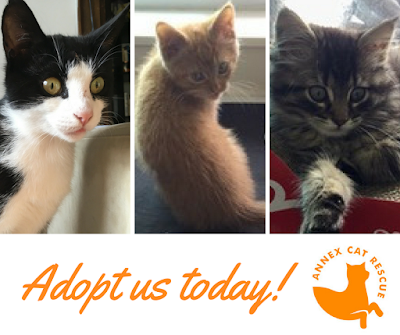 We got there before the adopt-a-thon started so were there when the kitties arrived.  After being interviewed, we were the proud parents of Muffin (her name really is Muffin!).  She'll be three months old on Thursday. 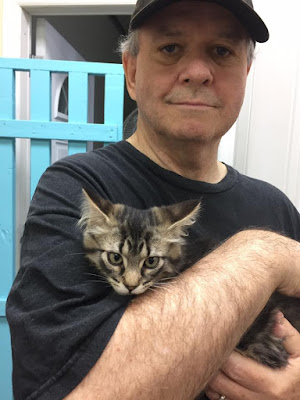 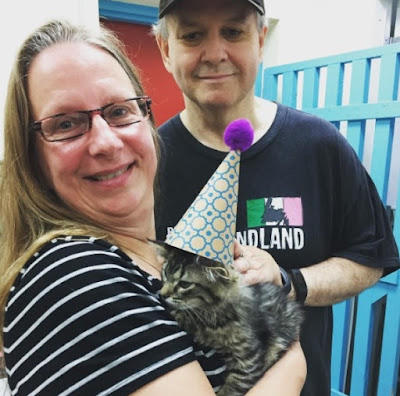 We didn't see her for the first couple of days as she was scared and hiding.  The food we left out where we thought she was was gone so we knew she was eating.

She started coming out on Monday afternoon but wouldn't let us get close to her. 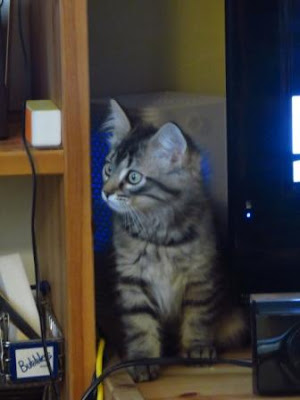 Last night I played with her with a mouse on a string and she eventually let me pat her while she was eating.  Then she rolled over and let me rub her belly.  I still can't approach her but I'm happy she lets me pat her on her terms. 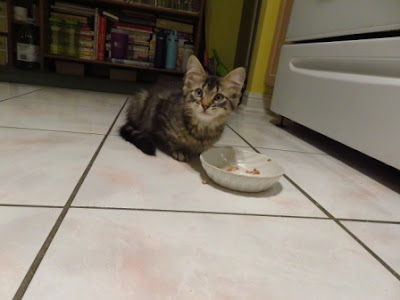 By Teena in Toronto at 11:30 pm
Email ThisBlogThis!Share to TwitterShare to FacebookShare to Pinterest
Label(s): Furkids

Congratulations on the addition to the family. What a cutie.