Gord's birthday was Thursday.  Rather than buying each other stuff that we don't need, we usually take each other to the spa for our birthdays.

This afternoon Gord and I spent the afternoon at the Purebeauty Salon & Spa on the 31st floor of the Trump International Hotel & Tower (at Bay and Adelaide W). 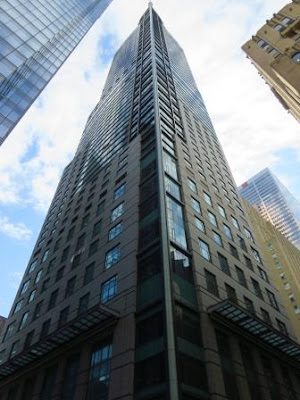 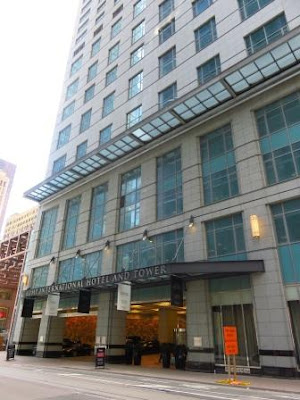 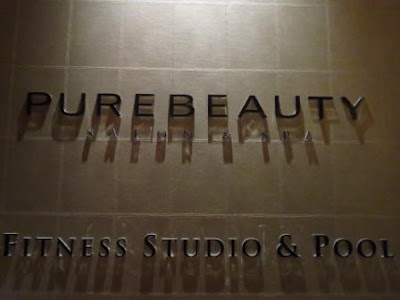 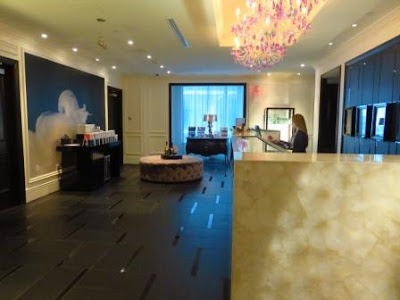 Here is the women's change room ... 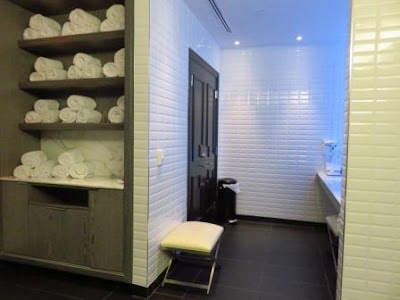 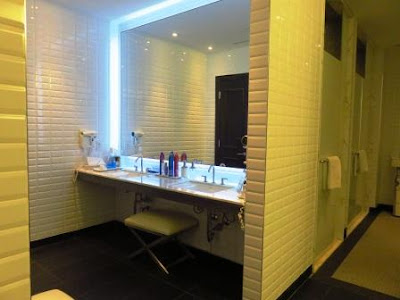 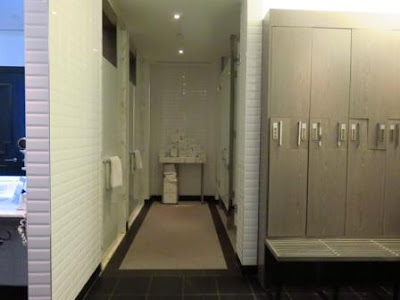 We spent some time in the pools on the 32nd floor before our treatments. 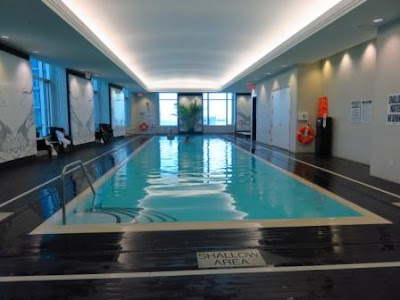 We were supposed to start with a 75 minute bamboo massage.  We'd never had one before or even heard of one so we were intrigued.  I got a call this morning that Gord's masseuse had called in sick so I gave him mine so he could have a bamboo massage since it was his birthday present ... I had a deep tissue massage instead.  Stella gave him his massage and he said afterwards it was the best massage he's ever had.  I can't wait to have one sometime! 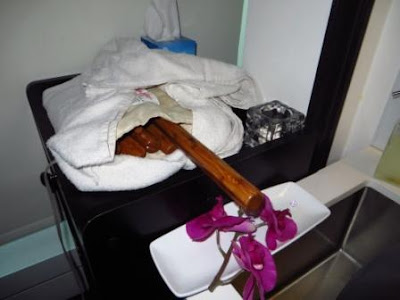 My masseuse was Jazmine ... she was small but mighty.

After that, we had an hour facial, which was followed by a pedicure, which we had with bubbly. 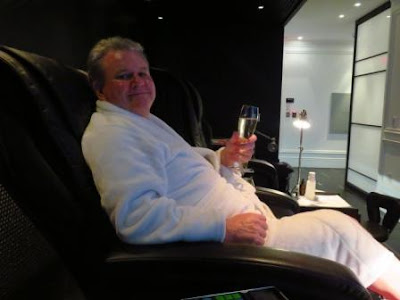 We had paraffin wax on our feet for 15 minutes and had to wear heated booties.


I chose a blue called St. Mark's the Spot for my colour.  Though I waited 40 minutes before I put my socks and shoes on, some of my toes were smudged when I got home :( 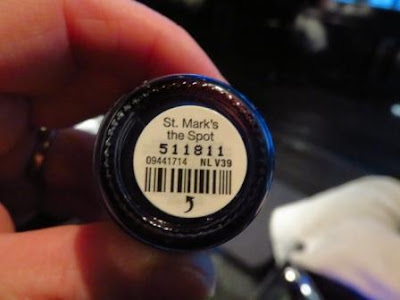 The service at this spa was excellent.  Everyone was friendly and took good care of us.  It's not cheap but it's a nice place to go if you want to treat yourself.

The robes, though, are one-size and seem like a medium.  They should have more variety in sizes.  Apparently there is one XXXL robe.

There was no hair conditioner in either of the showers so they should be more mindful of this considering the cost of the experience.
By Teena in Toronto at 4:30 pm
Email ThisBlogThis!Share to TwitterShare to FacebookShare to Pinterest
Label(s): Spas