I had lunch today at Licken Chicken on Danforth Avenue (east of Donlands Avenue). 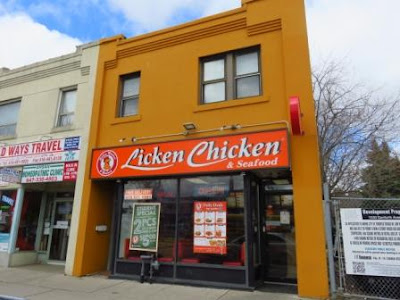 There must be a school nearby because as soon as I got there about ten loud swearing obnoxious boys (about 13-years-old) arrived.  Thankfully they were in and out in about 20 minutes. 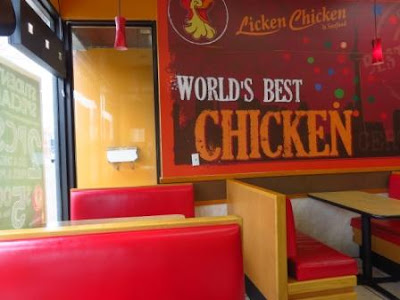 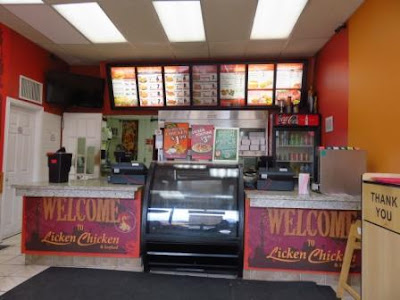 The cost with a pop (they only had Coke and Orange Crush) was $7 even including tax (they only take cash).  So this had me puzzled considering the cost of the meal was $7.49 before tax and I don't know if the combo included the pop or not. 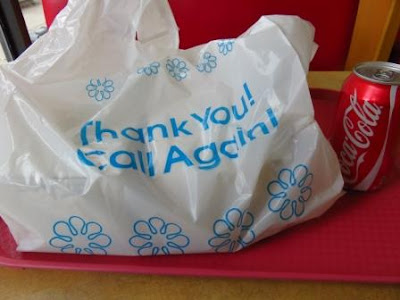 What I received was a box of fries and a box with four pieces of chicken.  Huh? 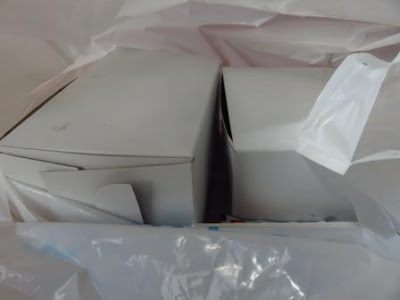 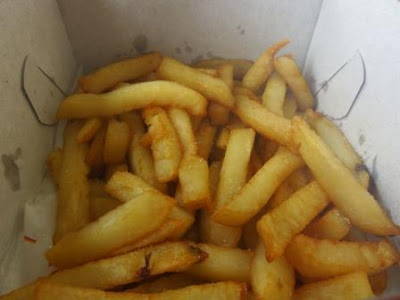 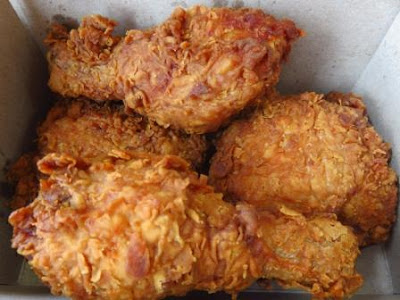 The fries were okay, nothing special.  The chicken is halal and was hot and juicy.  The pieces were a good size.  The battered skin didn't have a lot of taste but it was crunchy.  The chicken was good but not the world's best chicken, as they claim.

The cashier was friendly and chatty, though I didn't really know what she was saying.

By Teena in Toronto at 12:00 pm
Email ThisBlogThis!Share to TwitterShare to FacebookShare to Pinterest
Label(s): Licken Chicken Toronto ON

this place has the worlds best chicken http://www.annamaes.ca/
try it if you are that way ( it is broasted which is a special process) for work - it is all home-style - the mashed potatoes are amazing and they have about 20 home made pies - our group went here in January and it was deelish1