My friend, Jenn, had a couple of tickets for this evening's Blue Jays game she couldn't use so she asked me if I wanted them ... yes!  Thanks, Jenn!

Before the game, the Jays were a half a game behind the New York Yankees for first place in the AL East.  If the Blue Jays won and the Yankees lost, Toronto would be first.  So it was a big game!

Here's a view from our seats ... the roof was open which was nice as there was a breeze. 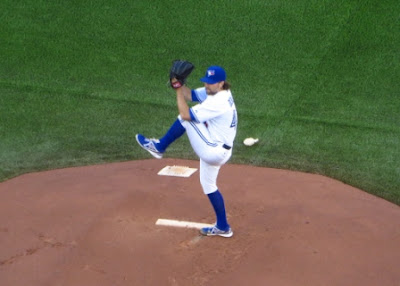 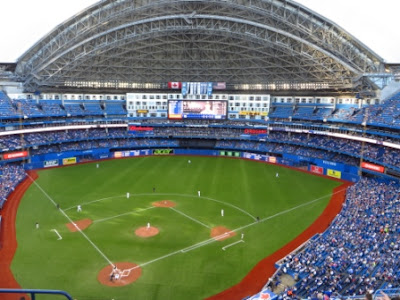 Nearby condos have Jays fever! 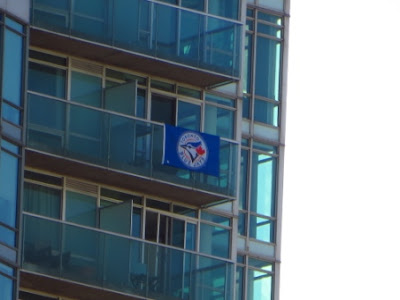 The CN Tower was pretty as the sun set. 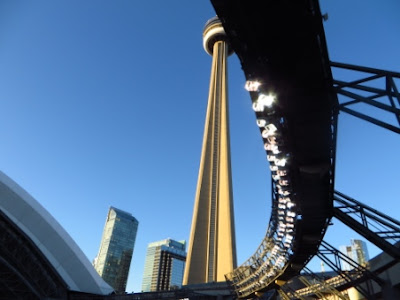 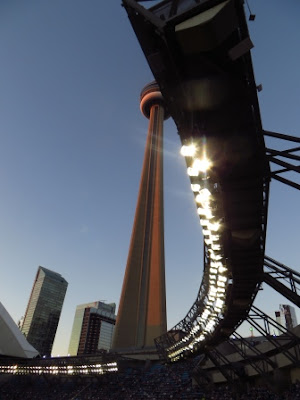 Ace was working the crowd! 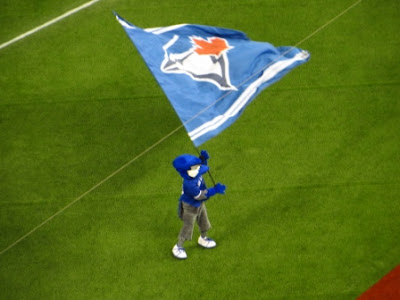 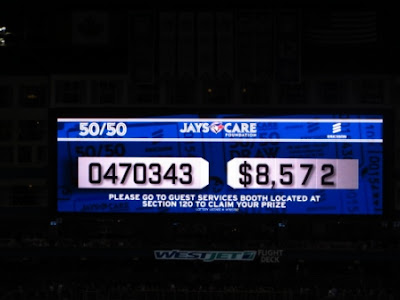 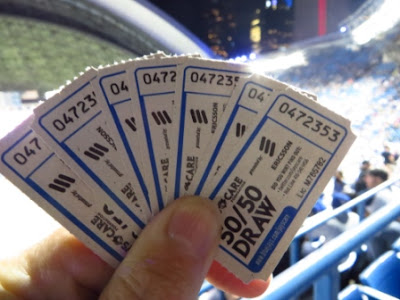 In the ninth inning, after the sun had set ... 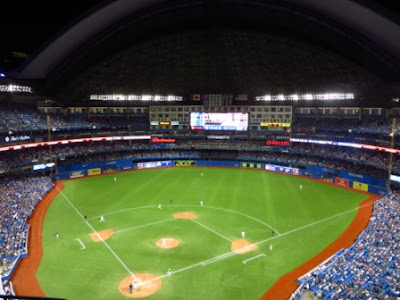 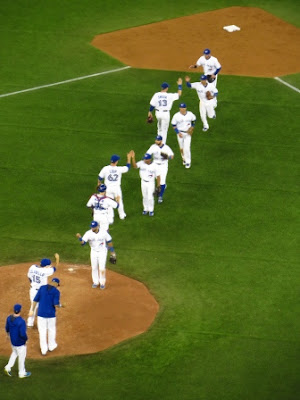 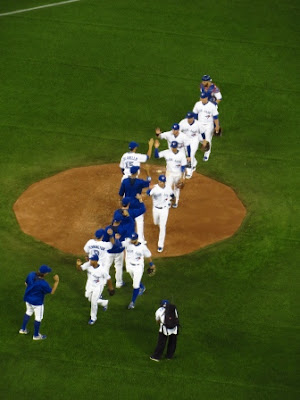 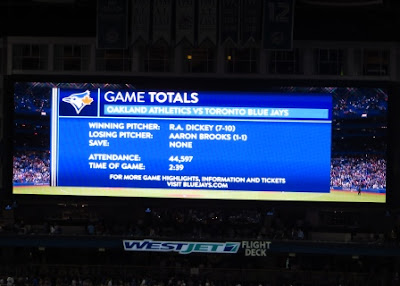 And the Yankees lost!  Whoohoo!  So the Jays are in first place in the AL East.  Way to go!!
By Teena in Toronto at 10:00 pm
Email ThisBlogThis!Share to TwitterShare to FacebookShare to Pinterest
Label(s): Toronto Blue Jays