Gord and I went on the second annual Toronto Craft Beer Cruise tonight ... there was a 2pm cruise and a 7pm cruise, which is the one we were on (both were sold out).  We were on the first one last September and had a fun time.  A boat and beer ... does it get any better than that?

It’s a celebration of craft beer! Toronto Craft Brew Cruise will have two sailings for you to choose from, accompanied by your favorite craft brewers. Sample some of Ontario’s best brews while taking in a scenic tour aboard the River Gambler on Lake Ontario. The Brew Cruise is designed as an opportunity for beer enthusiasts alike to sample a variety of local offerings. Your $45 cost of admission gets you a ticket on the River Gambler, commemorative mug, and 5 sample tokens each redeemable for a 4oz sample from your choice of brewery. Additional sample tokens can be purchased on the boat for an enhanced experienced. See you onboard!! 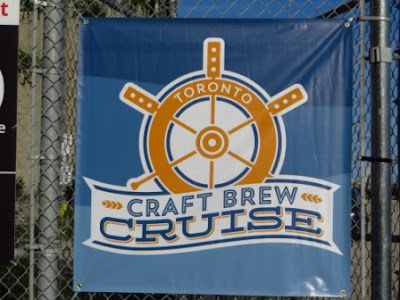 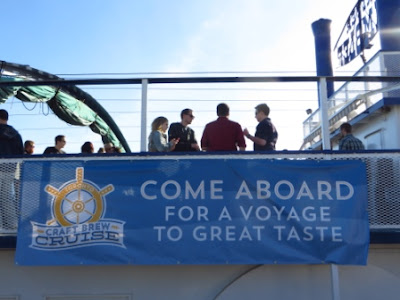 There were two levels with beer vendors.  The upper ... 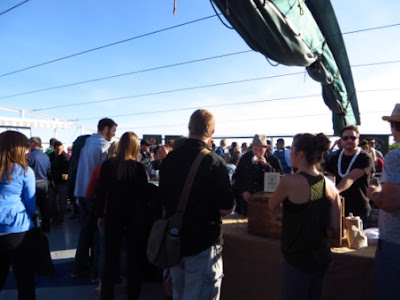 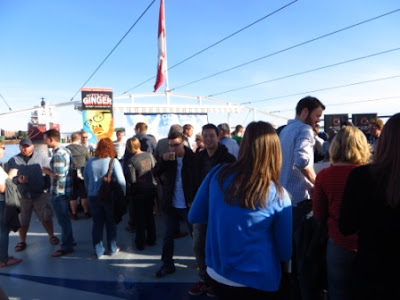 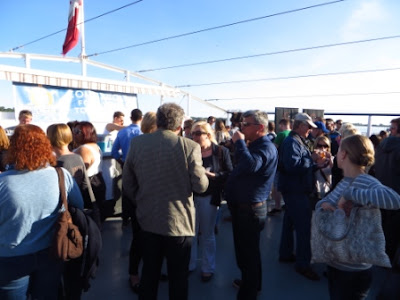 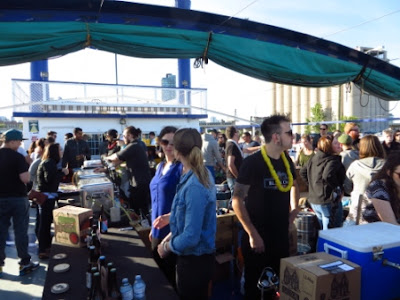 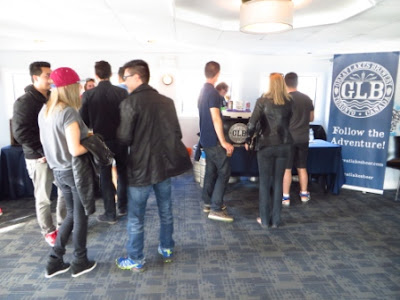 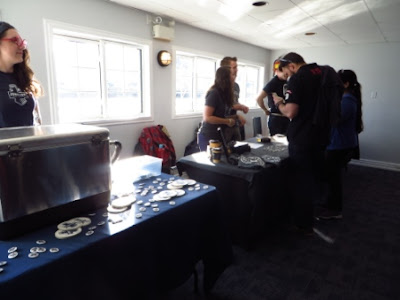 Here is the sampling cup (which holds 4 ounces) and five sampling tickets.  Additional tickets were $1 each. 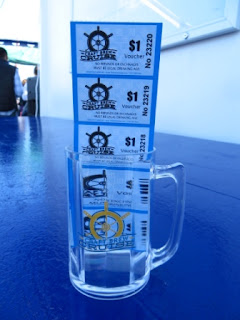 Gord and I spent our time on the lower level, in the front of the boat.  Great Lakes Brewery was on our level so I stuck with their blonde all night ... it was good and their table was handy.  Gord was more adventurous and tried many of the brewers. upstairs and downstairs. 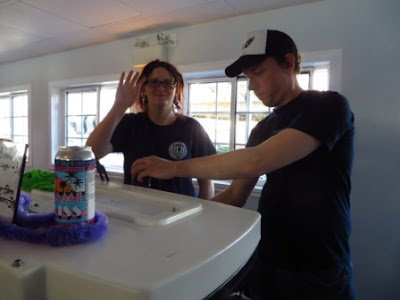 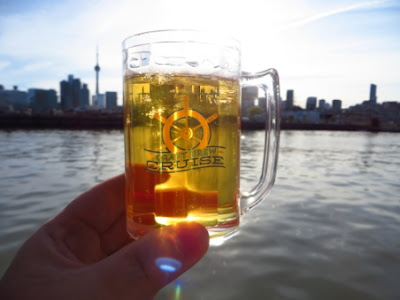 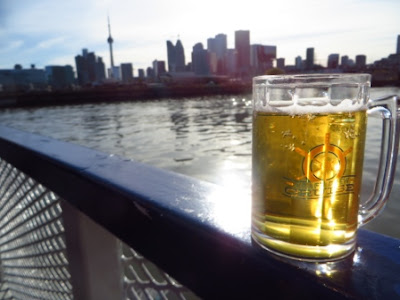 We headed east and then went around the Toronto Islands. 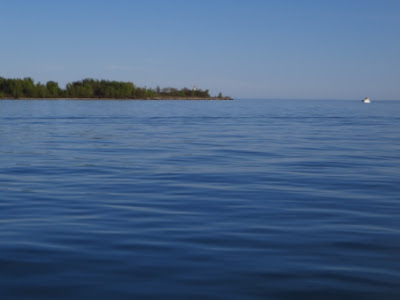 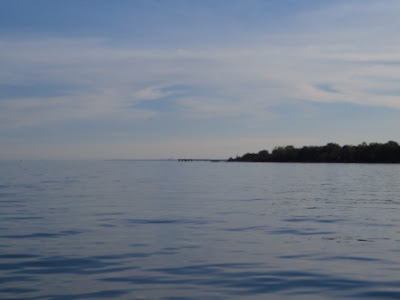 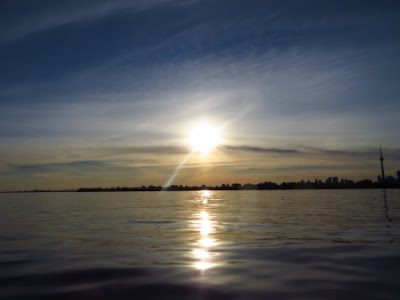 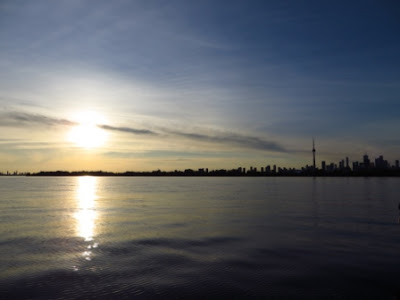 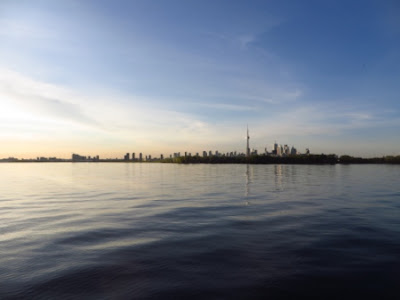 As the sun set, the boat headed towards it.  The sun took a long time to set and was spectacular!  There was an appreciative crowd around us taking tons of pictures. 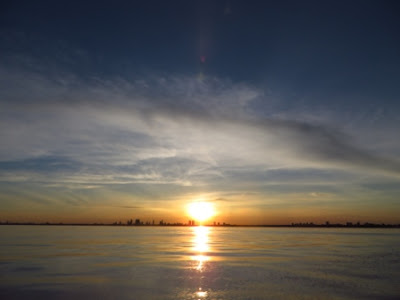 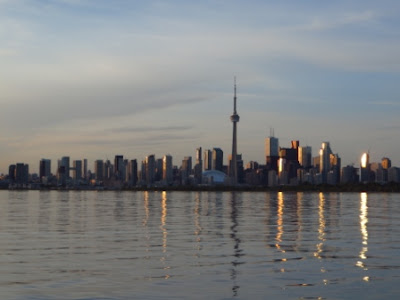 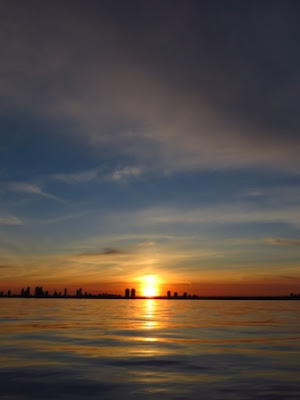 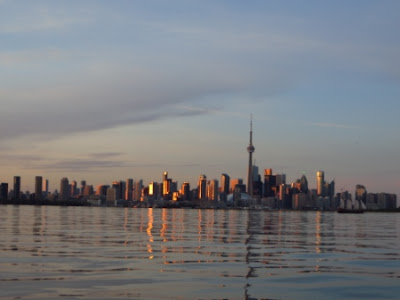 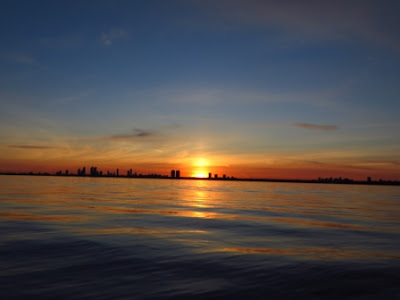 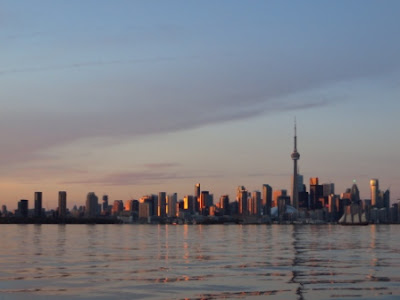 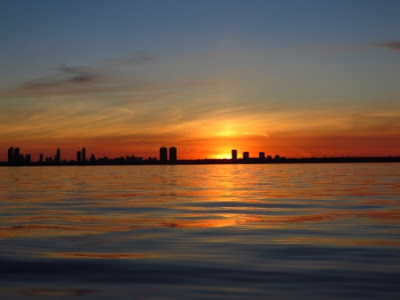 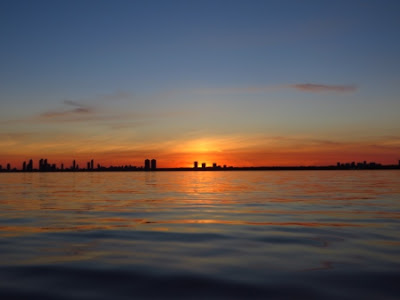 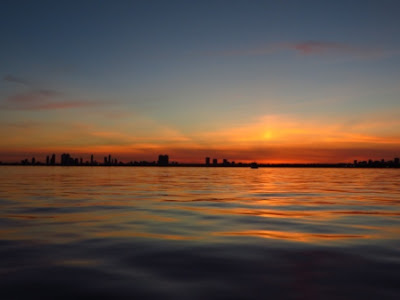 Once the sun set and the sky got dark, the lights of the city were pretty. 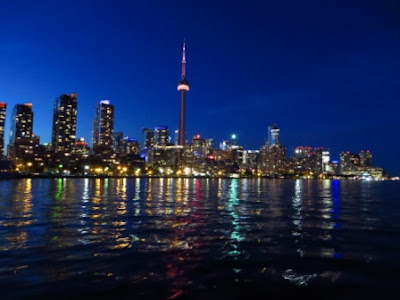 It was a nice brisk night to be on the water and a fun cruise.  They are doing them again in September and hopefully Gord and I will be there!
By Teena in Toronto at 10:30 pm
Email ThisBlogThis!Share to TwitterShare to FacebookShare to Pinterest
Label(s): Beer festivals