Gord and I went to the sixth annual Session Toronto Craft Beer Festival this evening (from 5pm to 9pm) ... we've been to all six.  It was held downtown at Yonge Dundas Square.

A regular ticket was $40 (plus tax) which included a glass and five tasting tokens. Tasting tokens were $1 and one token got you a 3 ounce sample.  Like last year, we'd bought Princess Passes ($100 + tax). 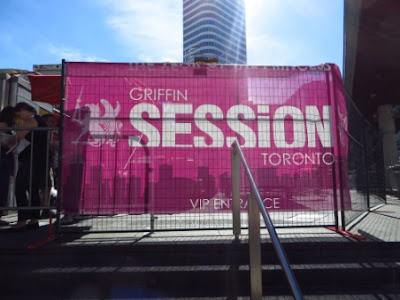 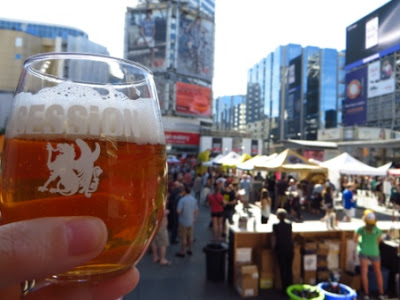 Here are Gord and I with Jed, the festival organizer. We sat with our friends.


TooNice provided the entertainment ... they played reggae and were good. 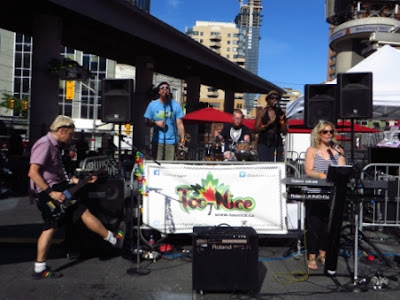 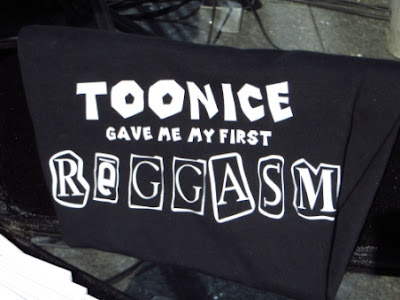 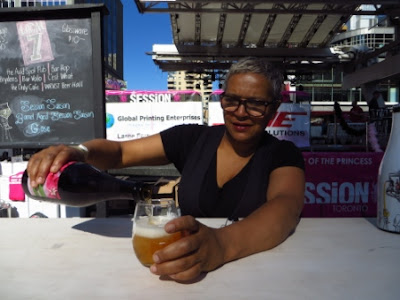 One of the brewers was handing out flashy shades.  Here's Gord goofing around with his. 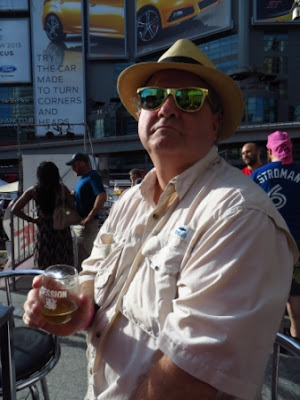 
Jon hung out in the princess lounge and posed with everyone and let us wear his Olympic gold medal (it's heavy!).  He's cool because he said he wants the fingerprints of as many Canadians as possible on it.


Gord and I posed with the snowman from Duke's Refresher and Bar. 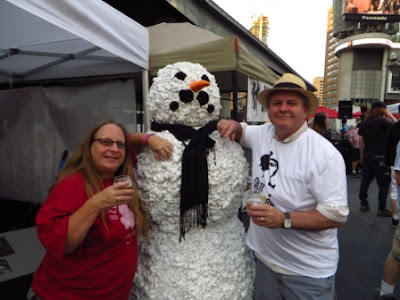 It was a fun time and I look forward to next year's!

The only complaint I would make is that there really wasn't a "catered buffet".  The food tables were empty most of the night.  Last year, there was tons of food ... this year hardly any.  When the few trays were brought out, everyone swarmed around them and the food was gone in seconds (so you had to be quick). 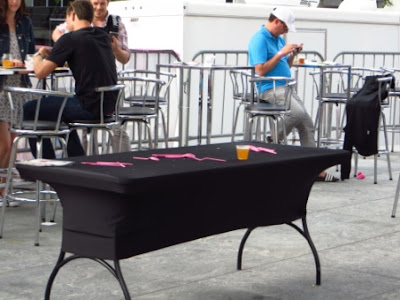 Every year I come home with tokens ... 30 is too many for me.  It would be better to lower the cost of the pass and let me buy the amount of tokens I'll use.
By Teena in Toronto at 9:00 pm
Email ThisBlogThis!Share to TwitterShare to FacebookShare to Pinterest
Label(s): Beer festivals