I spent Sunday to today in Winnipeg and my home-away-from-home was the Delta Winnipeg Hotel. 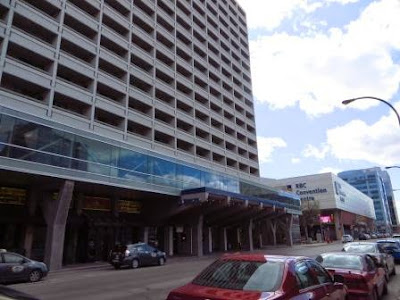 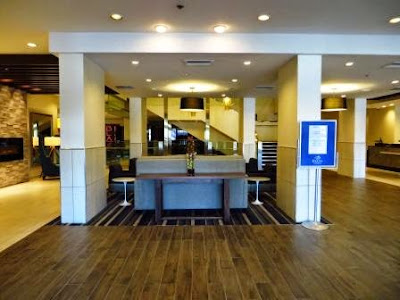 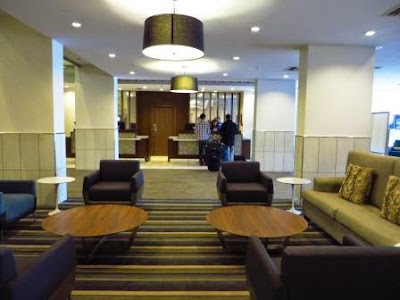 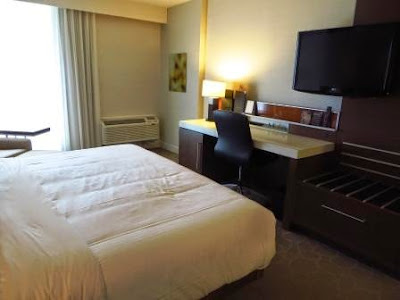 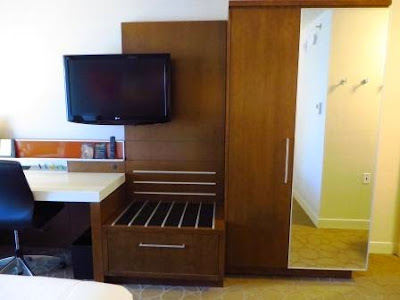 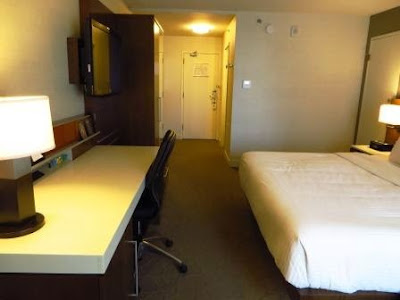 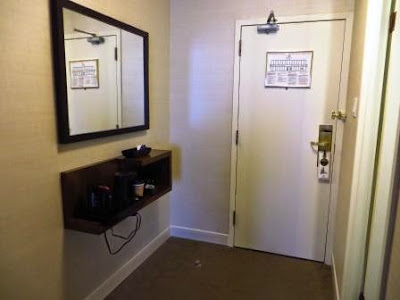 Rooms have a balcony.


My balcony overlooked the heated outdoor pool, which was apparently 21C. 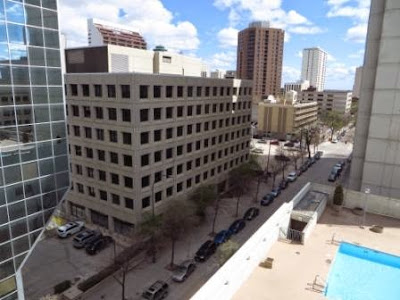 The hotel is right downtown so it's handy to restaurants, the convention centre, concert arena, shopping, etc.  The parking lot is right next door and was about $15 to self-park ... it's a pretty dark dingy dusty lot and the Delta's parking is three to five levels down :(  Some cars had been in the parking lot so long that there was a film of dust on them and someone had written swear words in the dust and drew parts of the male anatomy!

The room rate ranged from $179 (Sunday night) to $229 (last night).  The room was normal size.  WIFI was complimentary and I found it quick.  There is no fridge or microwave, though there is space in the desk so there may have been a fridge at one point.  I like having a fridge so I can have cold water handy.

My room had a connecting door and I could hear how loud the guy next door was but it wasn't an issue with me.  He woke me up, though, at 3am this morning playing loud music for a while (it sounds like he'd just gotten in).  He woke me up again at 5:10am because he was "entertaining" female company ... for a half hour!  Unfortunately my alarm was set for 6am so I didn't get a lot of sleep.  Note to self:  don't get a room with a connecting door again!

I doubt I'll stay here again.
By Teena in Toronto at 7:15 am
Email ThisBlogThis!Share to TwitterShare to FacebookShare to Pinterest
Label(s): Hotels