It was such a nice day today (sunny and hot) so Gord and I headed to Harbourfront this afternoon for an hour and a half sail on the Kajama (it's about $25/person), which we've done many times. 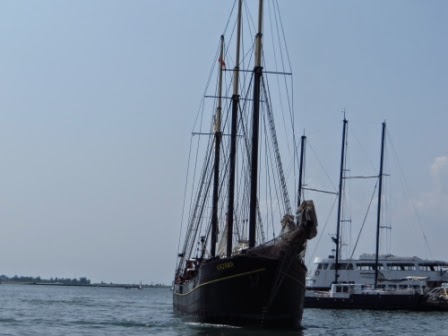 Kajama (pronounced 'Kai – ya – ma') was built at Nobiskrug shipyard in Rendsburg, Germany, and launched on July 26, 1930 under the name Wilfred. She was a three-masted cargo schooner.  Captain Wilhem Wilckens was her owner and master and he operated from the homeport of Hamburg from 1930 until 1960.

Here are Gord and I before we embarked. 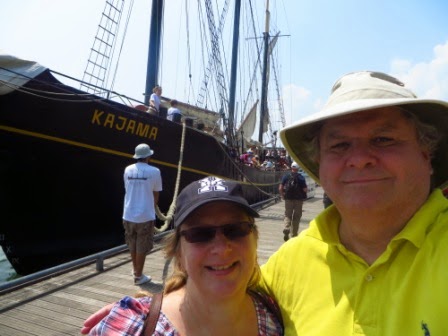 Passengers are enlisted to help the staff raise the sails once we are under way. 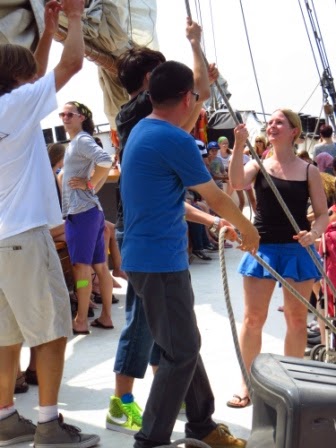 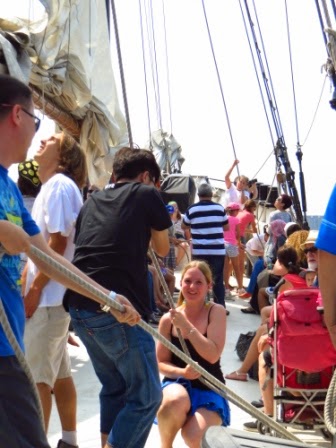 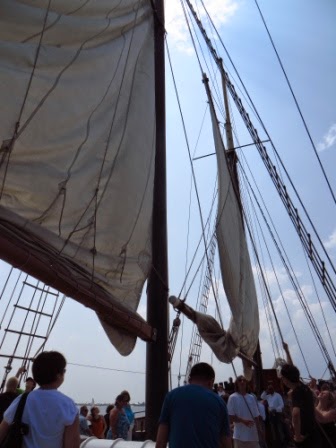 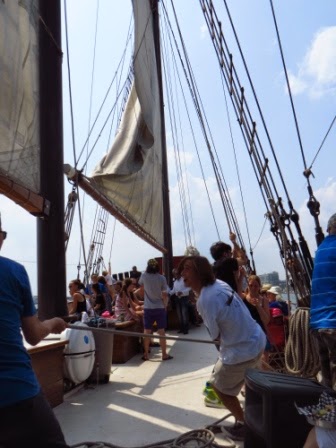 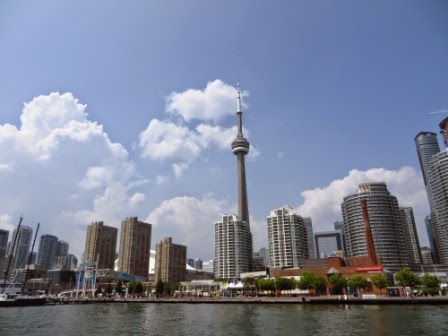 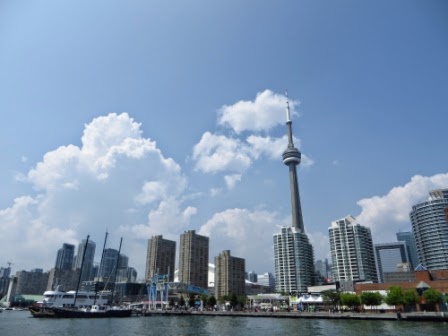 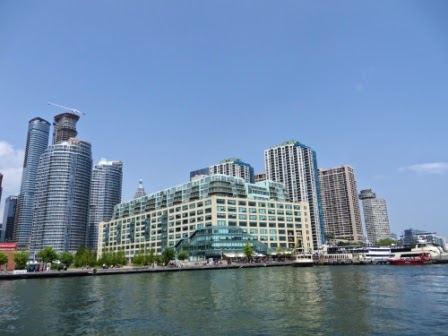 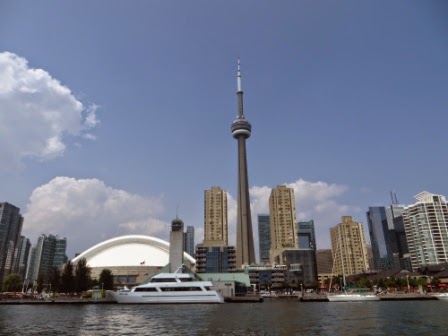 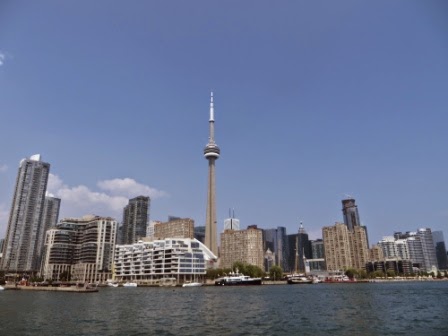 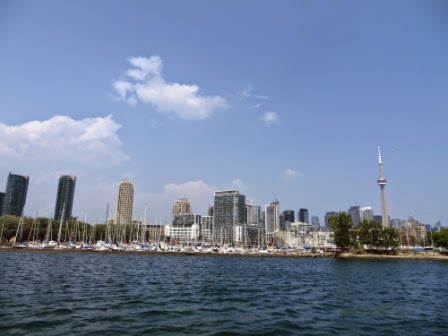 There was lots going on in the harbour ... 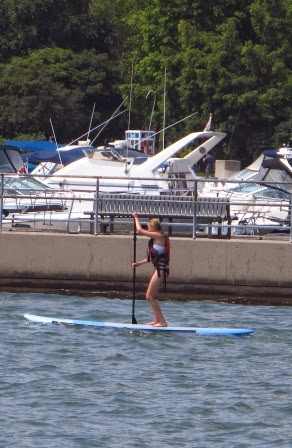 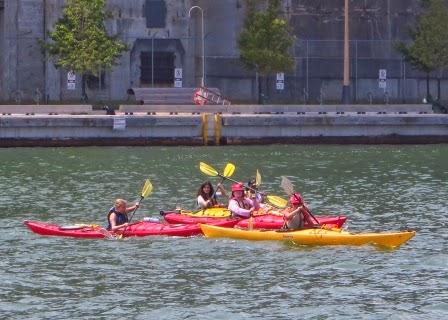 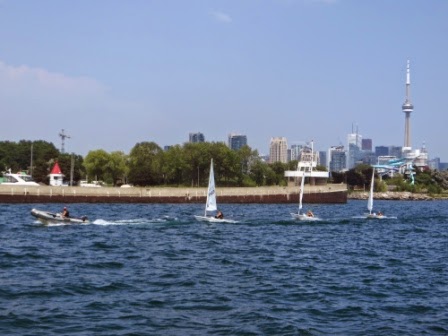 Kids had fun at the bow (the front of the boat). 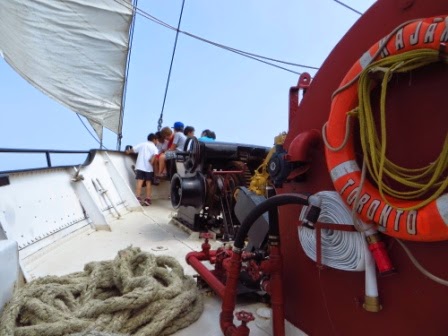 Looking back to the stern ... 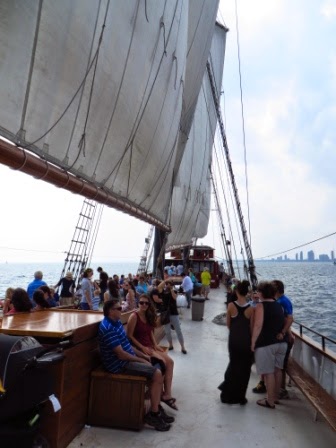 They always fire a small cannon. 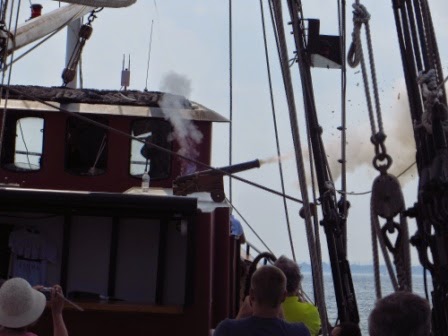 They we headed back (eastward) ... 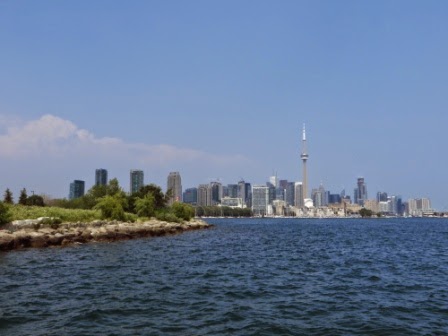 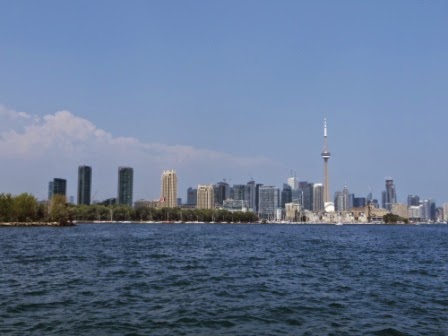 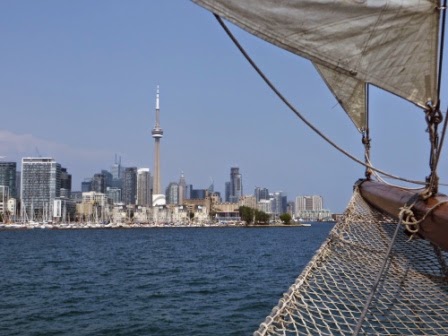 It was a gorgeous day to be out on the water!
By Teena in Toronto at 3:30 pm
Email ThisBlogThis!Share to TwitterShare to FacebookShare to Pinterest
Label(s): Toronto

What a fun adventure.