This evening Gord and I saw Tragedy:  A Tragedy. It is part of the 2004 SummerWorks Festival.

The play was at the Lower Ossington Theatre Mainstage, which is in our 'hood. 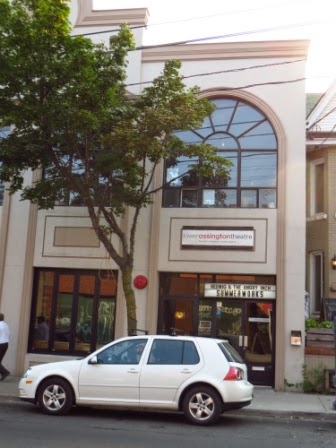 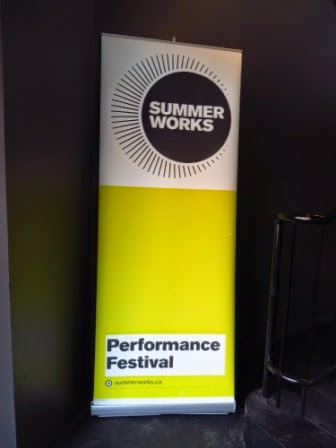 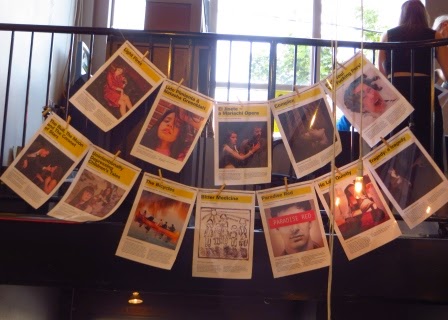 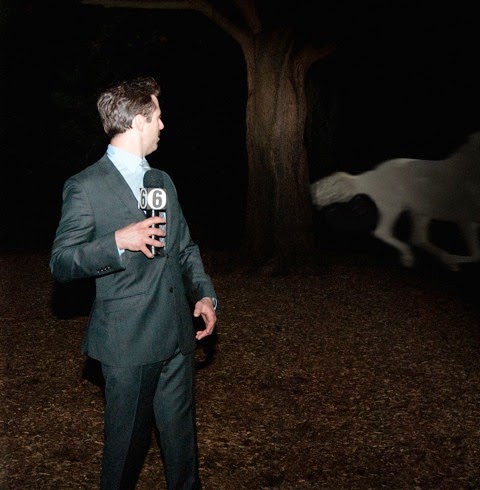 The sun has set and may never rise again. The dark hangs over the cities and suburbs and countryside of a nation and the government is ill-equipped to save the day. Three reporters in the field and an anchorman are doing their best to shed some light on the situation but as the mystery deepens with the darkness, they begin to lose their grip and the nakedly personal breaks through their practiced personas. There is a witness: can he tell us what happened?

A witty, mournful and slyly absurd meditation on apocalypse in a world only a hair’s breadth from our own. By American playwright Will Eno, whom the NY Times has called “a Samuel Beckett for the Jon Stewart generation”.

It's dark and three reporters from a local TV station (John, Constance and Michael) are in various locations reporting back to Frank, their anchorman, about what's happening ... until they all start losing it in their own way.

The set is minimal and it works ... there is an anchor desk in the middle where Frank spends his time.  The three reporters have their spots on either side of the desk (they are in "the field").  Because of the content, it is dramatic and but also surprisingly funny (there were a lot of laughs) ... like when Frank hands it back and forth among the reporters.  As a head's up, there is some swearing (like the "F-bomb" and "C-word").

All the actors were very good.  For me, though, Don Allison really stood out as Frank.  I found him really believable as the anchorman ... he looked and sounded the part.

I would recommend it!

Update:  The Ensemble of this play (Don Allison, Benjamin Clost, Miranda Edwards, Cyrus Lane and Christopher Stanton) won the Spotlight Award for Performance Awarded to a featured performer in a SummerWorks show. The winner receives a VIP pass to the Festival next year.
By Teena in Toronto at 7:10 pm
Email ThisBlogThis!Share to TwitterShare to FacebookShare to Pinterest
Label(s): Live theatre, Live theatre: Summerworks