This afternoon Gord and I did the first ever Indie Boat Hop Craft Beer Cruise.  A craft beer festival and a boat cruise ... two of my favourite things!

It was coordinated by the Indie Ale House Brewing Company and the Bar Hop.  It was on the Empire Sandy, a tall ship that was built as an Englishman/Larch Deep Sea class tugboat for war service by the British Government in 1943. 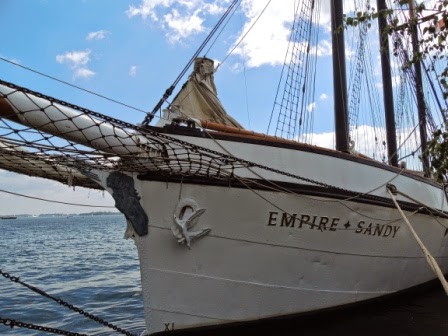 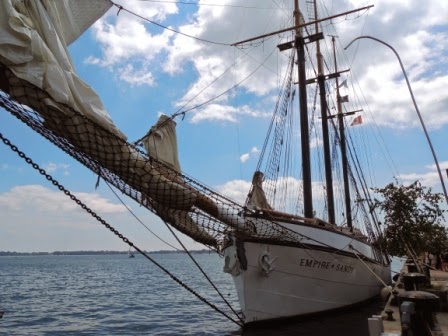 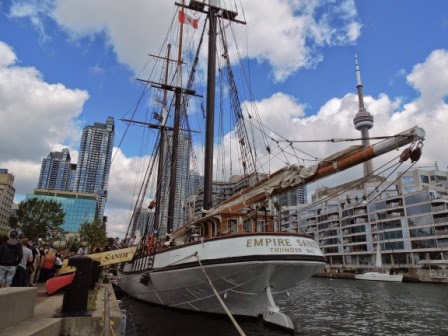 Tickets were $40 and included an Indie Boat Hop cup (which held eight ounces), a drink ticket, a three hour sail (from 1pm to 4pm) and access to beer that has never been released on land!  Extra drink tickets were $4.50. 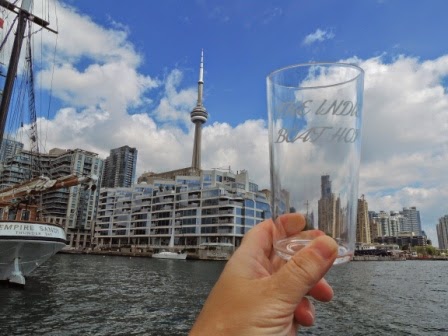 Here are the breweries and cidery on the boat offering one-offs:

It was a sold-out event. 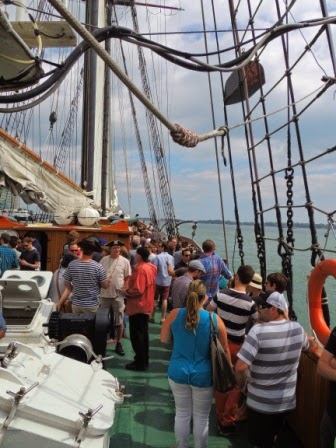 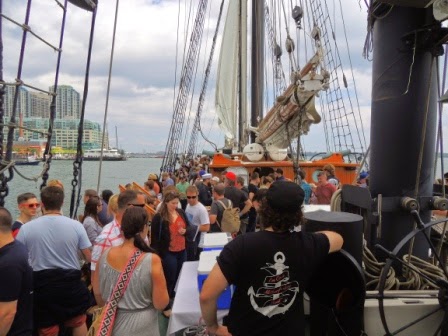 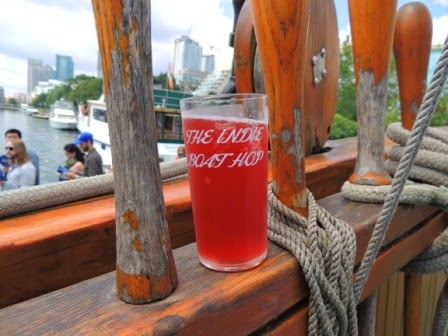 I wanted to try Rob & Jason's Fruitbasket (fruit punch pale ale), a Bar Hop Collab, but they never did open that keg.  So I went back and had others I'd had earlier.

You could buy food onboard.


We headed eastward and went halfway around the Islands. 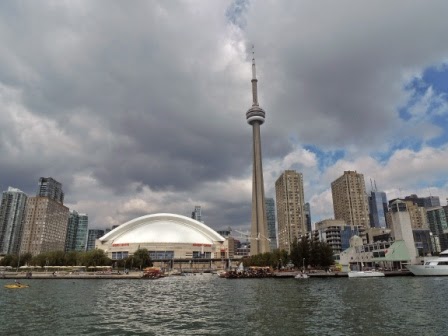 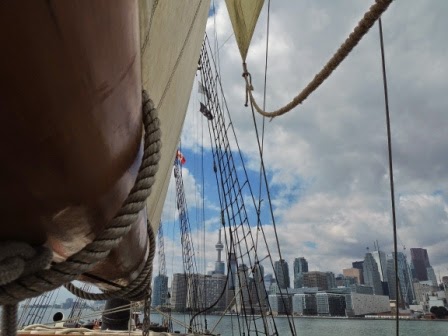 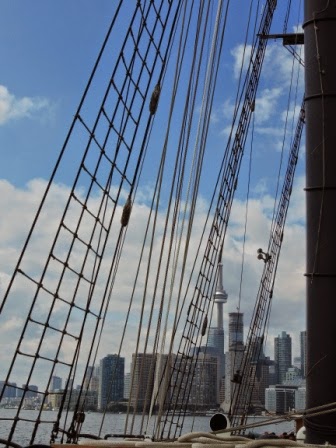 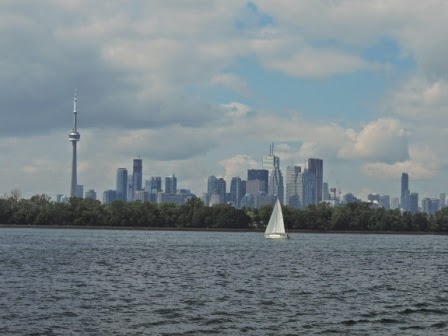 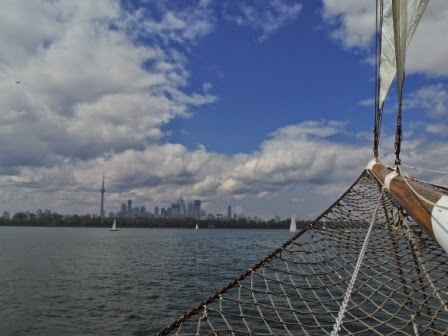 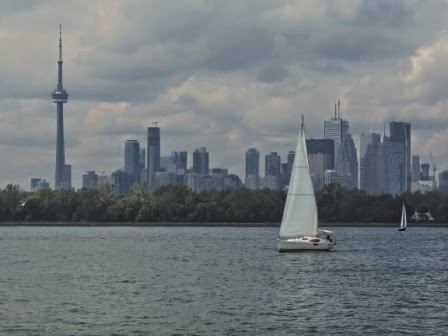 And then we headed back towards the dock  ... 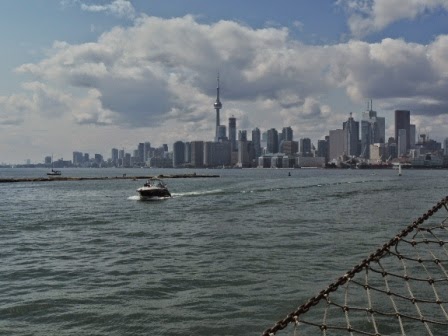 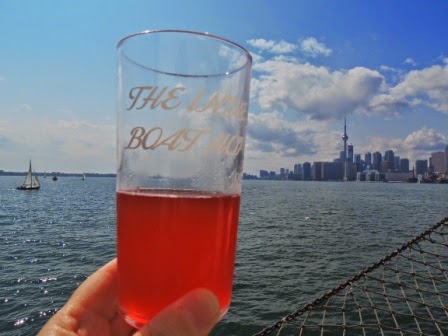 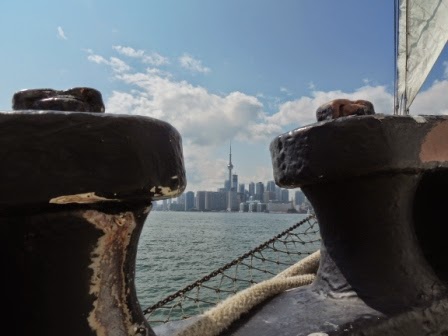 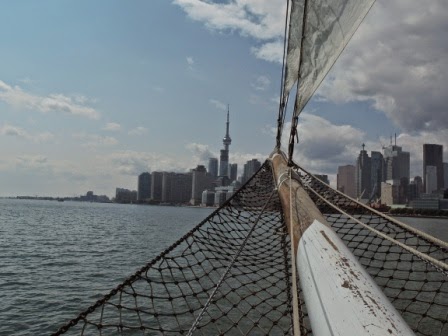 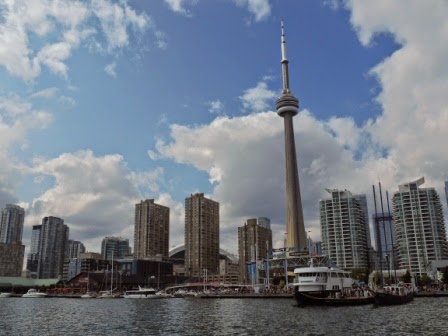 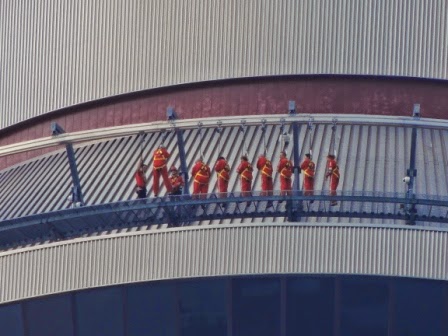 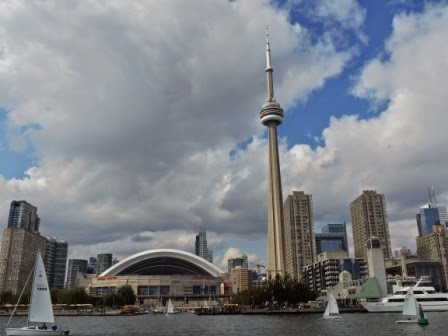 
It was a fun cruise and I hope they do it again.  Though it was packed, once everyone got on board and got a drink, the line-ups weren't too bad.
By Teena in Toronto at 4:00 pm
Email ThisBlogThis!Share to TwitterShare to FacebookShare to Pinterest
Label(s): Beer festivals

That sounds like such a fun time. You guys do the coolest stuff.