My pal, Darlene, is a foster mom for kittens for the Toronto Cat Rescue.  She got three new ones this week. She lives downtown so we stopped in to see them after the cruise.

She's dubbed these ones the "Prison Kittens".  They came to her from a penitentiary, where the guards and inmates had been caring for them and a colony of kitties.

They are twelve weeks old and she has them quarantined in her bathroom for now. They came with names but she has given them nicknames.

This is Gracie (aka Attica).  She was sleeping when we got there. 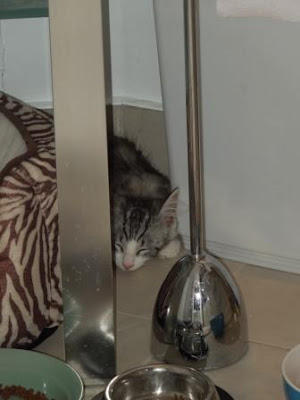 Gord is holding Alex (aka Cool Hand Luke).  He is so friendly and loved being held. 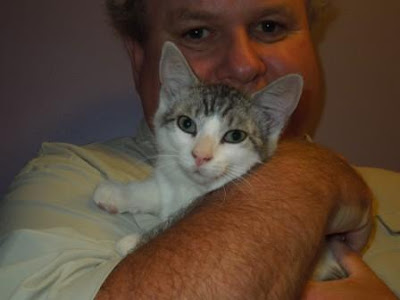 This is Cheezie (aka Brubaker).  He's not too crazy about being held but let me pat him a bit. 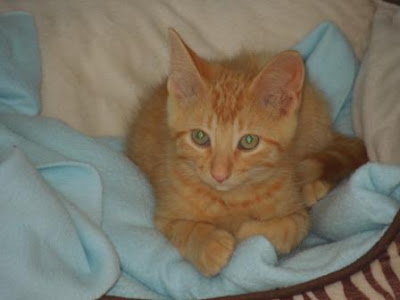 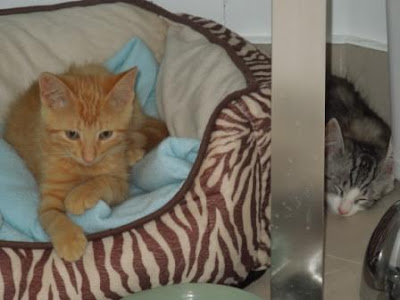 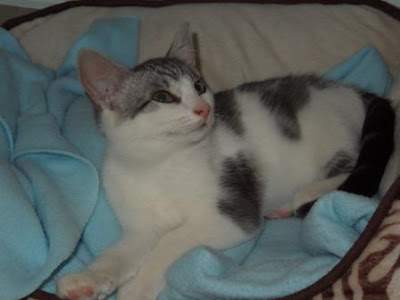 Gracie woke up and the kitties started playing.  Too cute! 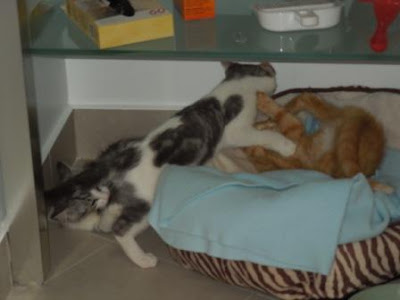 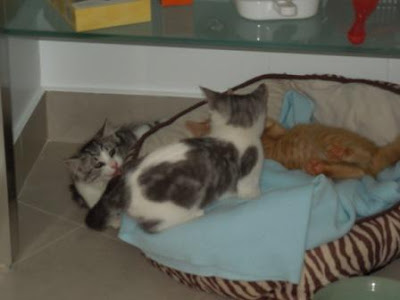 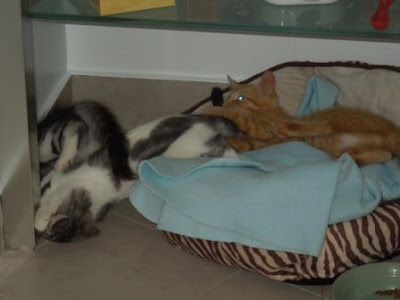 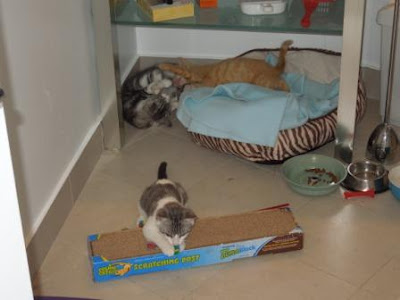 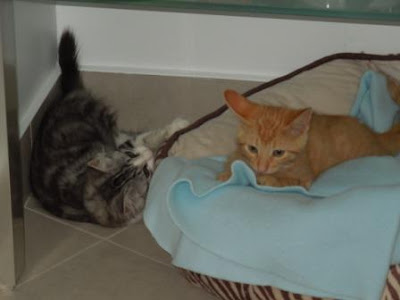 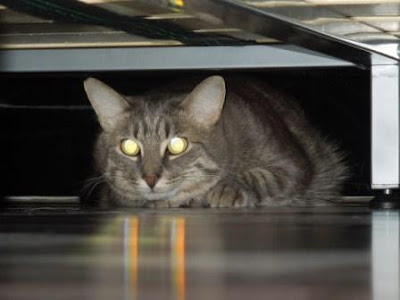 One last look at the kitties before we left.  Here's Gracie ... I held her for a while and she is so sweet. 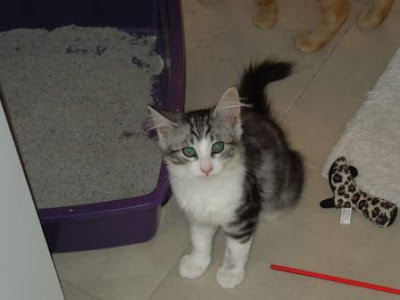 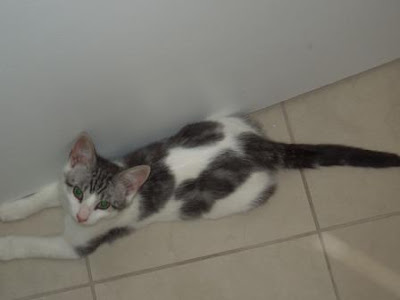 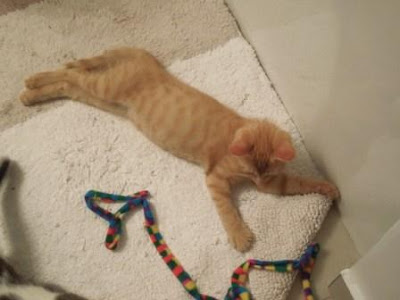 My sister, Sarah, has been volunteering at a cat shelter in Dartmouth for many years.  I don't know how she and Darlene do it.  I love love love animals and would want to keep them all. Though I know it's a good thing for the kitties, it would break my heart when they left for their forever homes.

Update:  All this kitties have found forever homes even Tanner ... he and Alex were adopted together.
By Teena in Toronto at 1:30 am
Email ThisBlogThis!Share to TwitterShare to FacebookShare to Pinterest

Teena - I found your blog through one of your reviews on Urbanspoon -just wanted to say how much I enjoy it.

Oh and I'm with you. I adore cats and there is no way I could "foster". I'd take one look at those adorable babies and say "you don't need to find them a forever home - they're staying here". :)

so super cute, and I love a person with a heart to help animals!!

I'm partial to the orange tabby..they are the cutest!

They are even cuter in person!

Oh so cute little kitties. Yeah giving the away would be hard.

Oh dear lord, look at those cute, furry FACES! Can I take them all home!? :)

I particularly like Gracie-I love cats that can cuddle!

Kittens are absolutely adorable. I would love to foster them but I doubt I could handle giving them up!

They are indeed all soooooo gorgeous. I would find it difficult to let them go!