I flew to Ottawa this morning ... I was supposed to be on 5:15pm flight home but got to the airport earlier enough to be able to catch the 4pm flight instead. Whoohoo!

I had an hour to kill so had a late lunch/early supper at D'Arcy McGee's at the airport. You know I'm a fan of pubs! 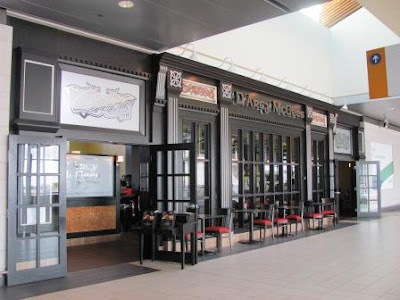 I was sitting at a table for quite a while with a couple servers buzzing around (there were only a handful of people there). I got up and grabbed a menu so I'd be ready when I was finally acknowledged.

I ordered wings and a side order of fries. 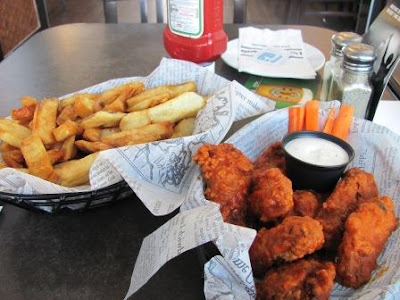 According to the menu, the wings were supposed to be "lightly dusted" ... 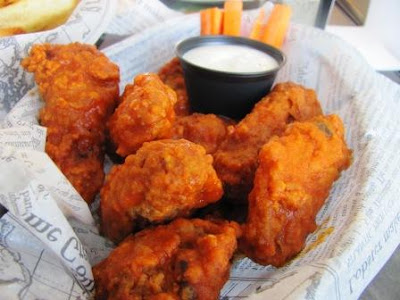 They were, in fact, heavily battered (seemed like frozen pre-battered wings) and then tossed in hot sauce. I'm not a fan of battered wings ... had I known, I wouldn't have ordered them. 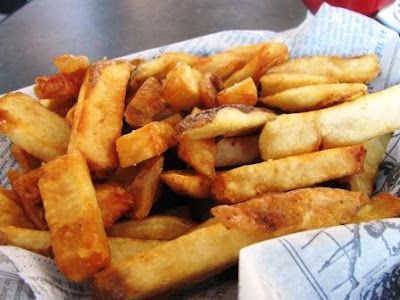 There were a lot, though, so I just had a couple.

My server kept disappearing for long periods ... not good for people needing to catch a flight.

I won't be back there the next time I'm at the Ottawa airport.

January 29, 2013 update:  I had lunch here today before I caught my flight home.  I ordered Chicken Tikka Marsala Boxty.  I've had it at other restaurants in their chain and it was delicious ... not good here at all.  My server, Reynaldo, was very friendly, though.  I won't be back!

By Teena in Toronto at 3:35 pm
Email ThisBlogThis!Share to TwitterShare to FacebookShare to Pinterest
Label(s): D'Arcy McGee's Ottawa Airport ON

Those Fries DO look good! My sister just got a job with westjet, so I am learning all the airport codes as she is practising them. Ottawa = YOW!

Those are NOT lightly dusted. Those are heavy breaded and I think you are spot on in assuming they are the frozen kind. Sorry to hear not so good.