Gord and I went to this afternoon's Toronto Blue Jays game. 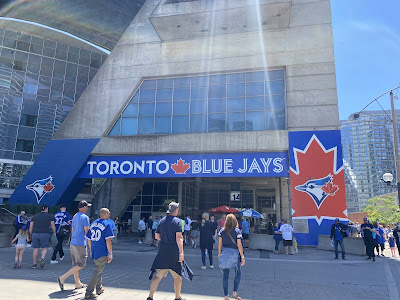 There were festivities outside the Rogers Centre. 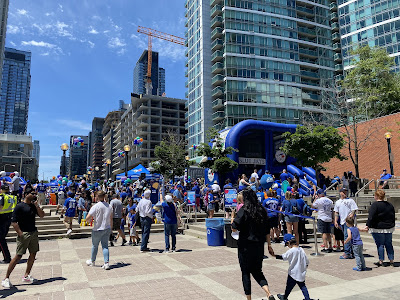 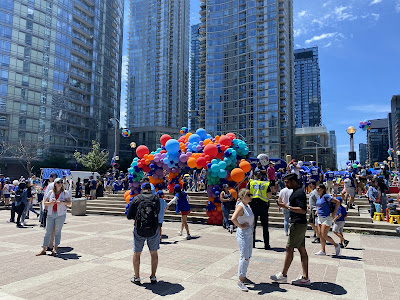 They were playing the New York Yankees.  This was the third of three games and New York had won for the first two.  We were hoping for a win today. 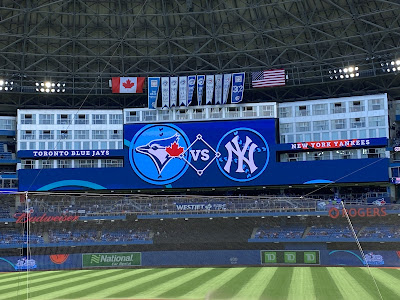 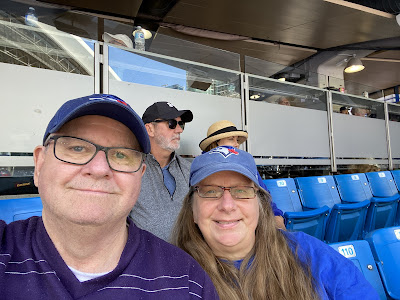 Our seats were behind first base. 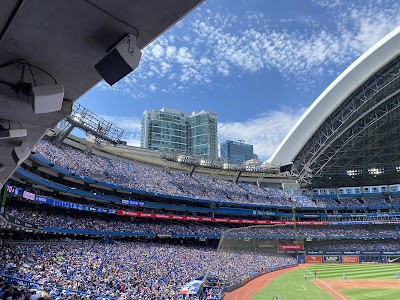 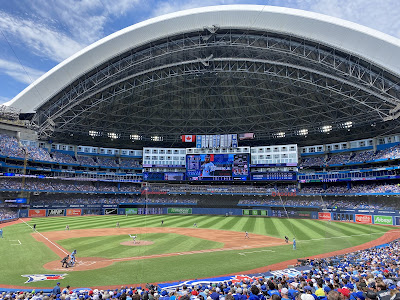 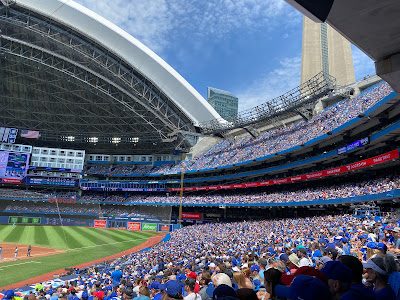 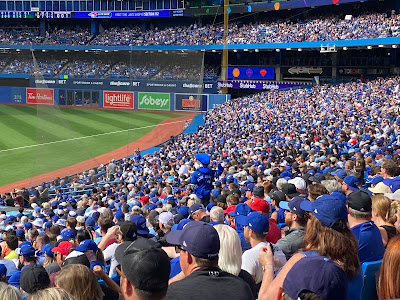 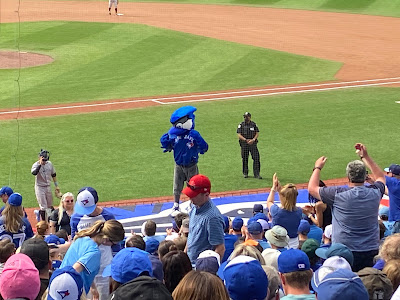 It was an exciting game ... the Blue Jays were losing in the beginning but exploded and won.  Whoohoo! 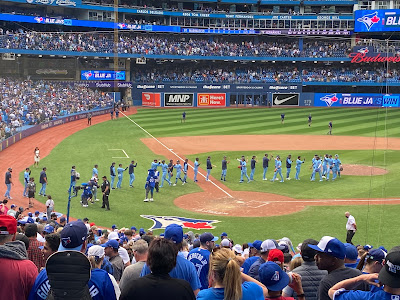 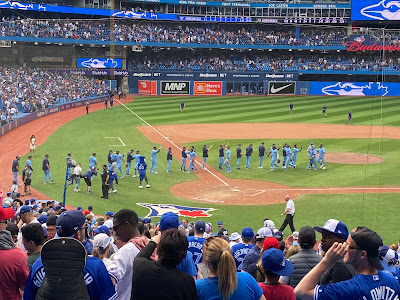 Blue Jay Vladimir Guerrero Jr. always dumps ice and water on his teammates as they get interviewed by Hazel Mae.  First was Teoscar Hernández ... 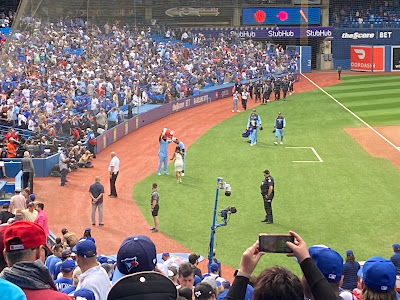 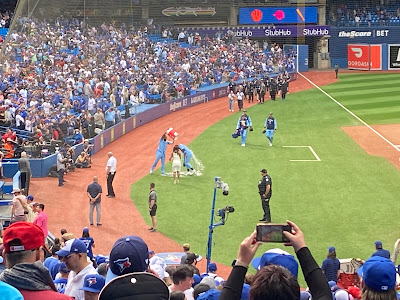 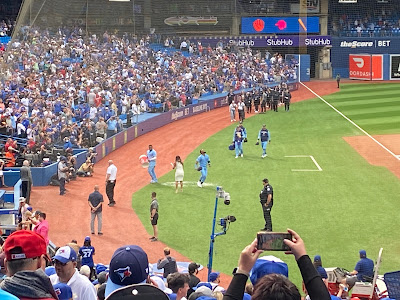 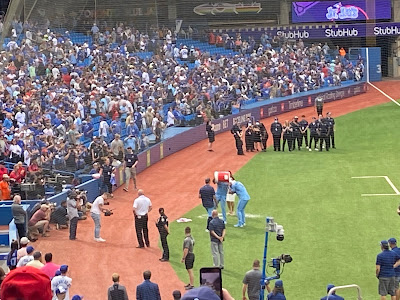 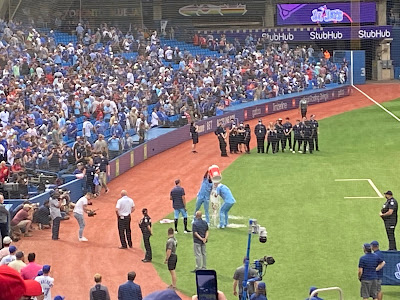 By Teena in Toronto at 4:30 pm
Email ThisBlogThis!Share to TwitterShare to FacebookShare to Pinterest
Label(s): Toronto Blue Jays