After spending a couple hours walking around Bronte Creek Park, Gord and I stopped at the Judge & Jury for a late lunch.  It's been a while since we've been there. 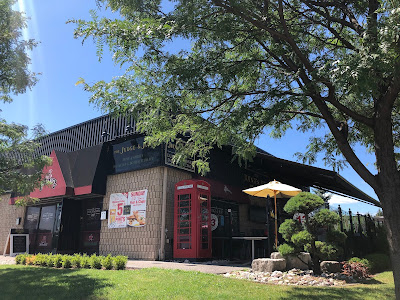 Gord ordered chicken wings with lemon pepper dry rub.  We were a bit put off by the price ... $19 for wings?!  But when they arrived they were HUGE and there were lots of them.  Apparently it's about two pounds.  I had a couple and they were good ... I'd get them the next time. 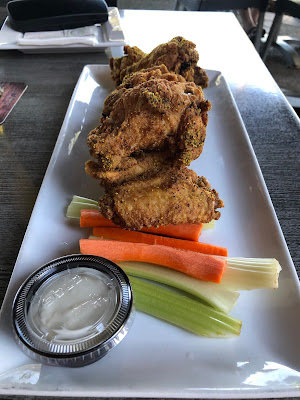 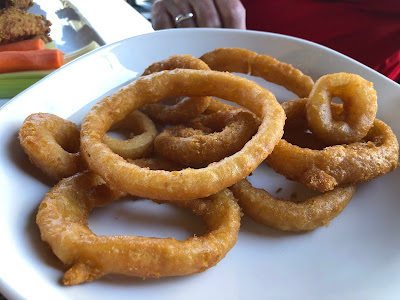 I ordered fish (haddock) and chips.  I'm not a big fan of battered fish so don't order it very often in restaurants.  It was good. 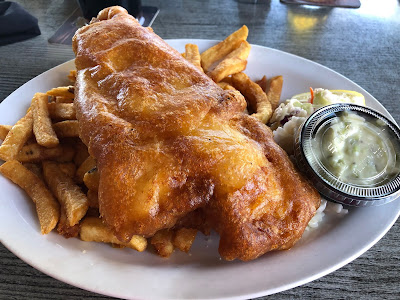 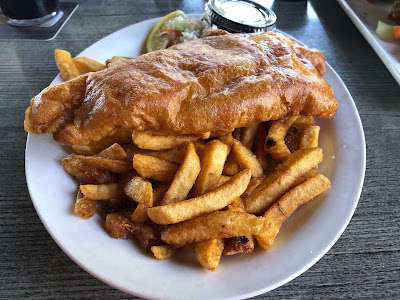 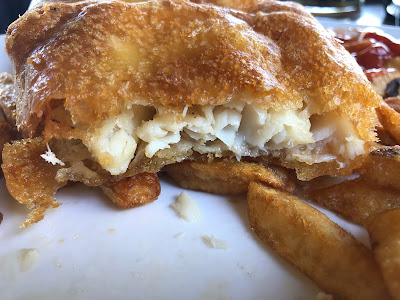 Stacey was our server.  She was friendly and took good care of us.  I had called ahead to make sure their patio was open (their website said they are only doing take-out) and she saved us a table (without me even asking!).  Thanks, Stacey!
By Teena in Toronto at 4:00 pm
Email ThisBlogThis!Share to TwitterShare to FacebookShare to Pinterest
Label(s): Judge and Jury Burlington ON

Yum to fish and chips. That is one thing that is not at all popular here.