I have been in Winnipeg since Monday and stayed at the Holiday Inn & Suites downtown ... it's on the corner of Colony and Portage.  I'd stayed here in August.  When I booked my room a couple weeks ago, there were only two hotels downtown that had space from Monday to Friday (there was a hockey game on Tuesday night and Fleetwood Mac were in town last night) and the Holiday Inn was one of them. 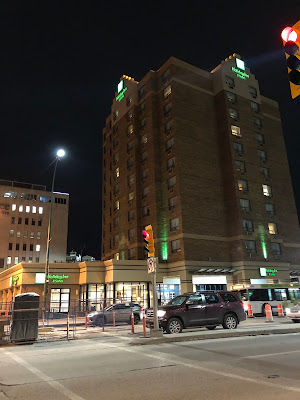 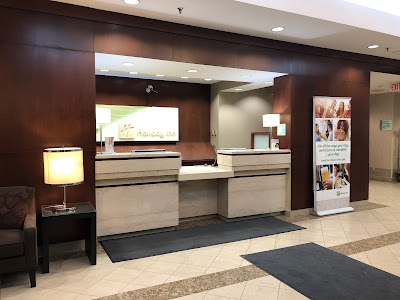 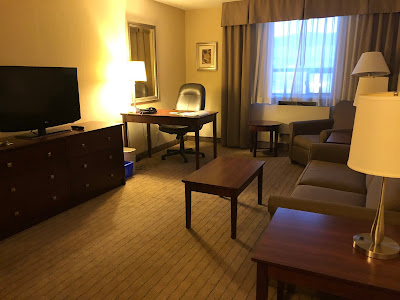 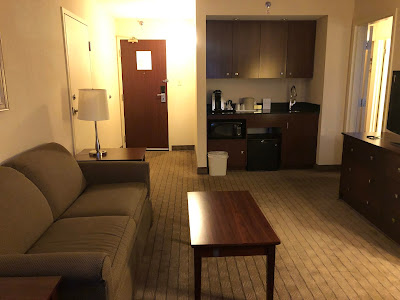 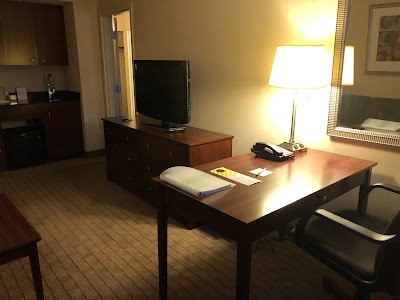 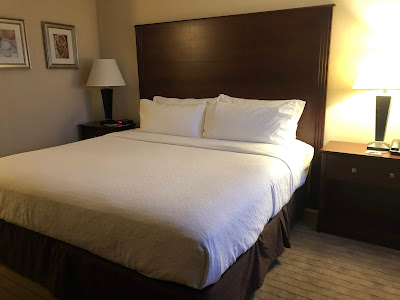 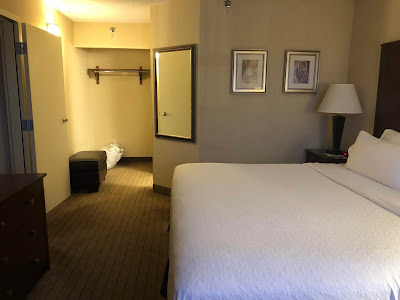 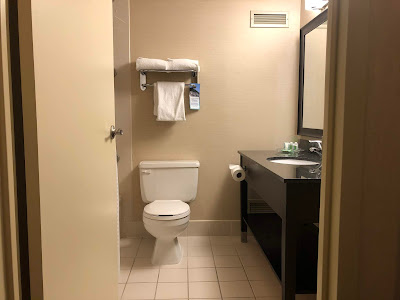 The room had WIFI, which was speedy.. There was a mini fridge, microwave oven and Keurig in-room brewer with coffee and tea.  The heaters are old-school ... under the windows with a dial rather than having controls on the wall.

When I checked in, I asked if I could have a room with a tub and was told that none of the rooms had tubs ... you can imagine my surprise when I saw a tub in my bathroom!  The tub, though, looked a bit raggedy so I didn't use it (too bad because I love baths).

There is a restaurant in the lobby (I ate there on Monday night) and restaurants and things to do within walking distance.

Parking is available in a parkade (a five minute walk) and is $15 a night.

Two things bothered me.  When I checked in on Monday, there was only a third of a roll of toilet paper and no spare.  Tuesday morning I asked Housekeeping for some and she gave me two rolls.  Thanks!  When I took a shower on Wednesday morning, I discovered there was no hot water ... not an enjoyable shower at all.
By Teena in Toronto at 8:30 am
Email ThisBlogThis!Share to TwitterShare to FacebookShare to Pinterest
Label(s): Hotels