I was at a cat shelter building workshop today organized by Toronto Street Cats.  The workshops are held every two weeks throughout the fall and winter season in the garage of the Toronto Humane Society ... today was the third one of the season (I was at the first one at the beginning of November).  I went to most of the workshops last year ... it's so nice helping the kitties in Toronto keep warm and dry during the cold winter.

In eight years of building shelters, Toronto Street Cats has made over 6,000 ... in the 2018/19 season, 700 shelters were made!  In addition, to selling the shelters (they are available to caretakers and colonies for $15 and refurbished ones are $5), they also hold free feral spay/neuter clinics and welcome donations.

Today there were 48 volunteers and we made 134 new shelters and refurbished seven previously used ones. 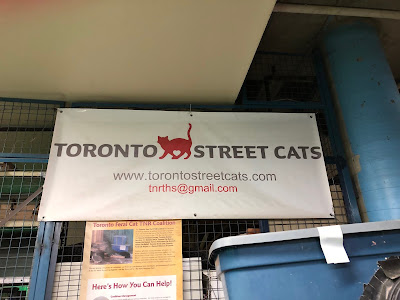 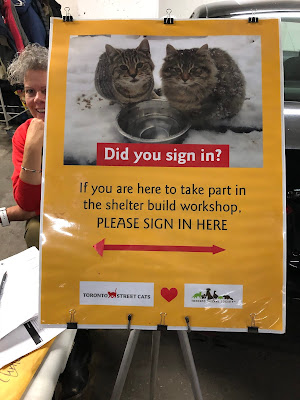 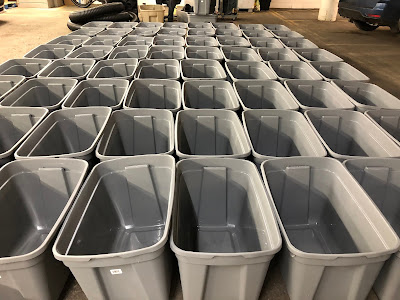 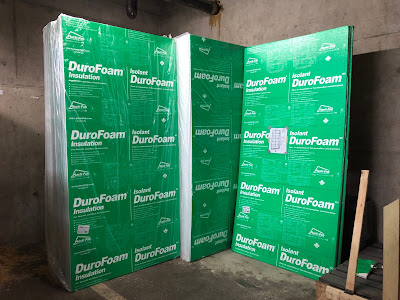 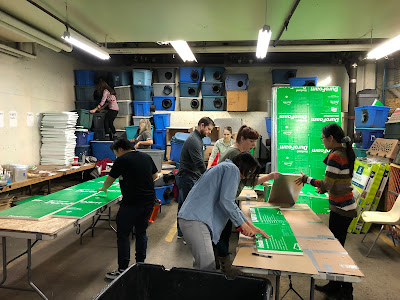 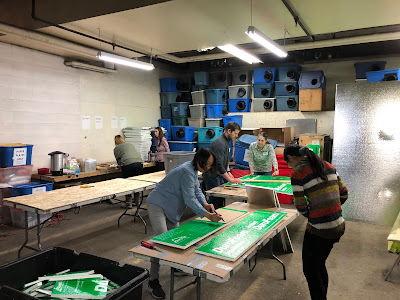 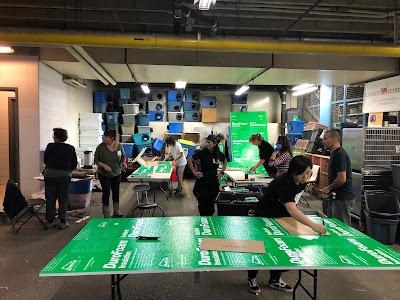 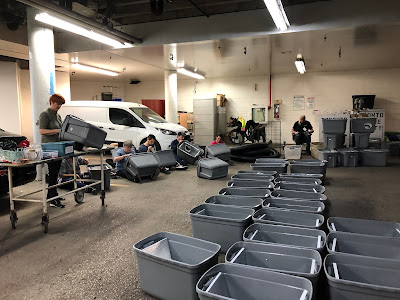 Thom cut the tubing which would be taped to the the entrance holes into the bins. 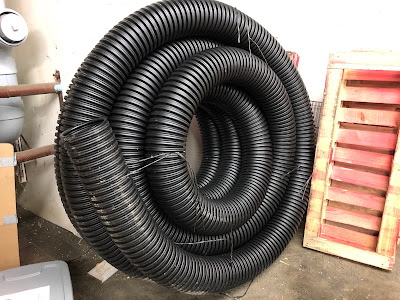 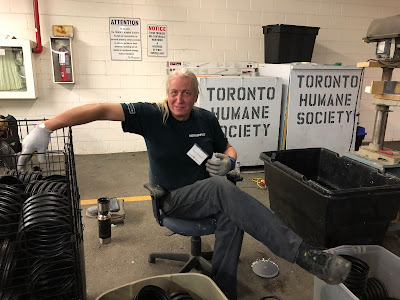 My pal, Darlene, is also a volunteer.   She and I worked side-by-side and yakked. 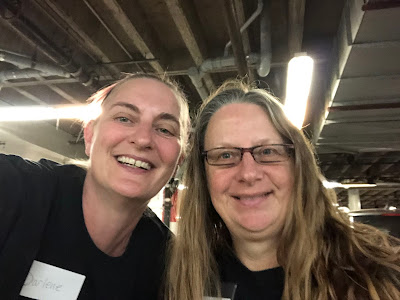 I taped the insulation pieces inside the bins.


I also taped the entrance tubing in some.


Then the bins were taken over to the next step ... 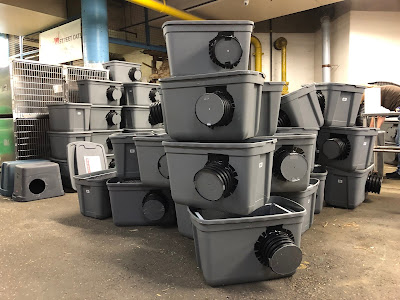 The bins were filled with straw and instructions and lids were put on top. 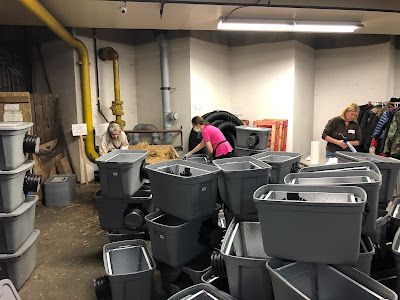 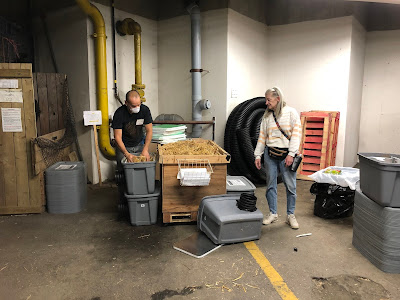 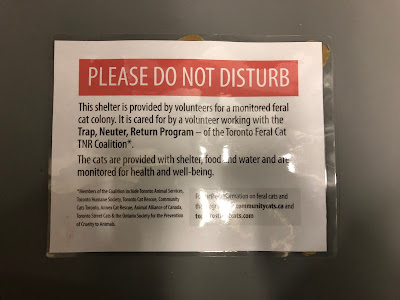 Ready to go and be sold! 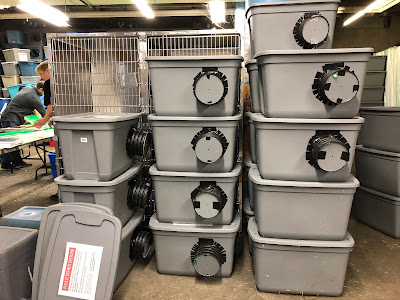 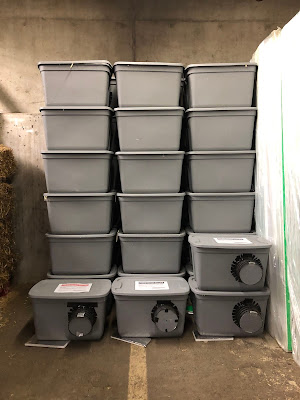 Carol, one of the coordinators, was cleaning out returned shelters so they could be refurbished and resold. 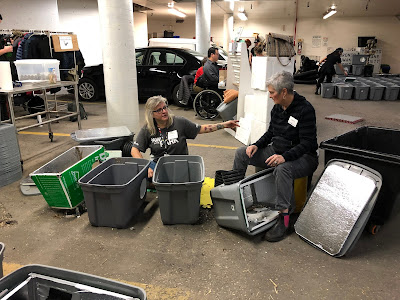 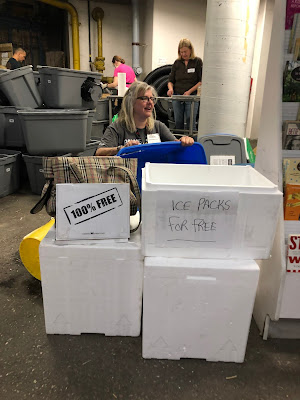 If you bring in an old one for us to reburbish, you can get a new one for $5. Then the refurbished ones are sold for $5.