This evening Gord and I saw A Christmas Story ... it's based on the movie of the same name, which we like.

Based on the perennial holiday movie favorite, A CHRISTMAS STORY chronicles young and bespectacled Ralphie Parker as he schemes his way toward the holiday gift of his dreams, an official Red Ryder Carbine-Action 200-Shot Range Model Air Rifle.

An infamous leg lamp, outrageous pink bunny pajamas, a maniacal department store Santa and a triple-dog-dare to lick a freezing flagpole are just a few of the distractions that stand between Ralphie and his Christmas wish.

A CHRISTMAS STORY is a triple-dog-dare of a good time and it is sure to warm your heart this holiday season!

It has just arrived at the Lower Ossington Theatre, which is in our 'hood, and will be there until the end of December. 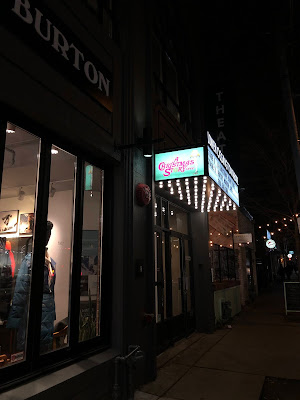 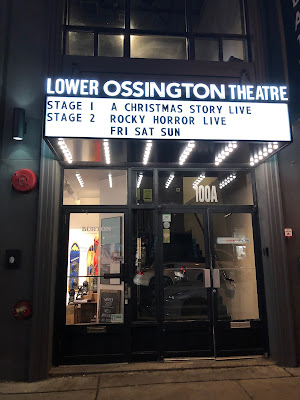 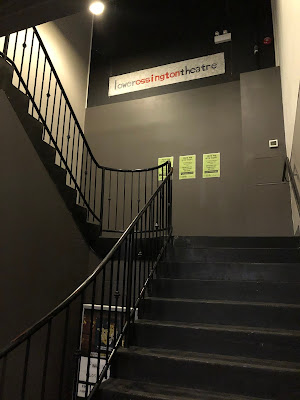 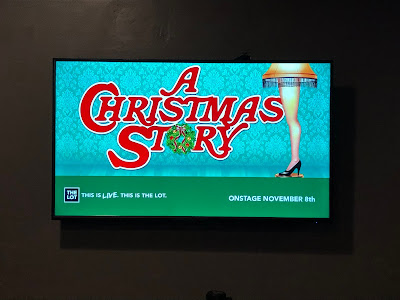 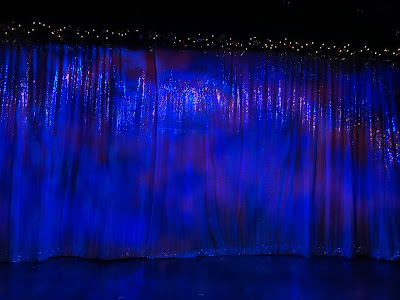 We've seen many plays there over the years and this one was okay, not one of our favourites ... we found it didn't capture the enthusiasm and humour of the movie.  Adult Ralphie is the narrator and is almost always on stage.  The actors were good, with some playing various parts.

The music was loud, though, so it was hard to hear what the actors were saying (we were in the second row in the centre) ... so maybe turn down the music or turn up the actors' microphones.
By Teena in Toronto at 9:30 pm
Email ThisBlogThis!Share to TwitterShare to FacebookShare to Pinterest
Label(s): Live theatre, Live theatre: Lower Ossington Theatre