The Walper Hotel, Kitchener, ON 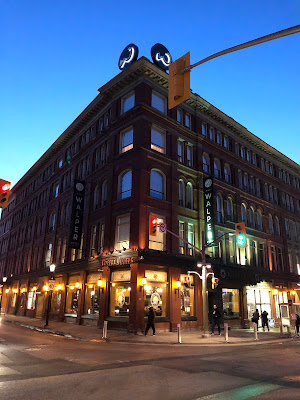 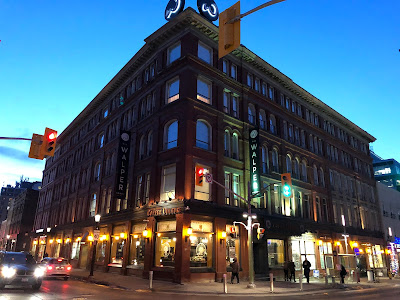 As I got off the elevator on my floor ... 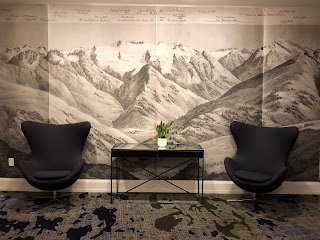 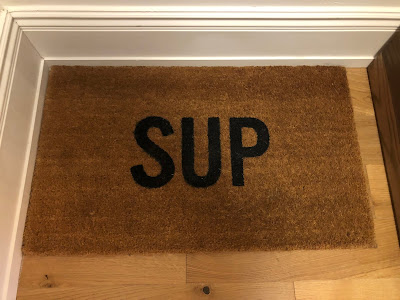 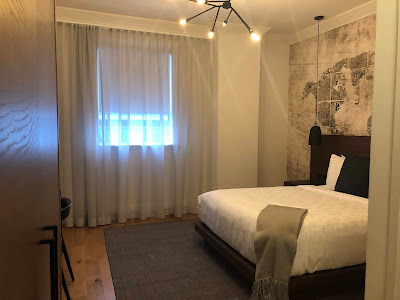 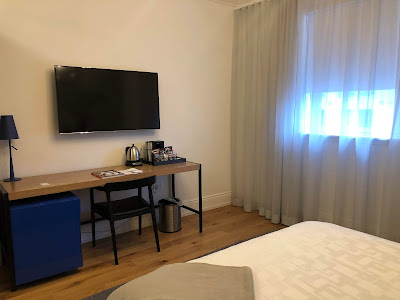 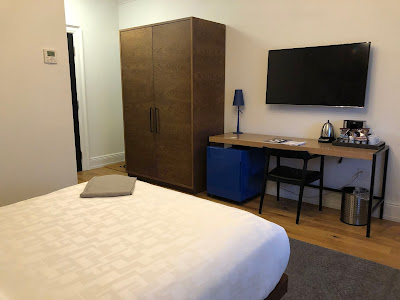 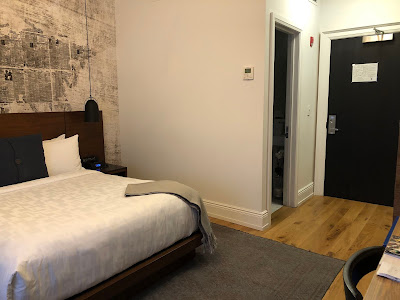 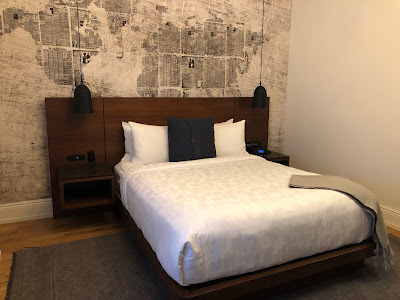 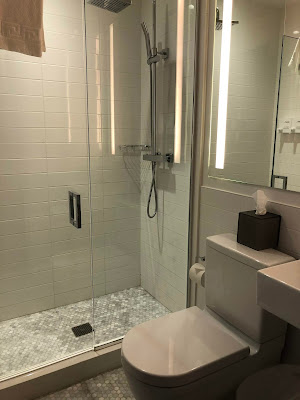 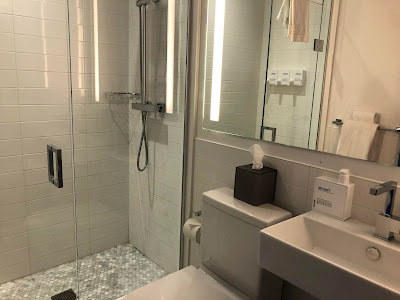 My room was small but cute with some funky touches.  There was a safe, coffee maker, iron, etc.  The hotel is walkable to restaurants and shopping.

WIFI was complimentary and was fairly speedy.  Two bottles of water in the fridge were also complimentary.  There were two options for parking.  $25/night for valet parking in the lot to the side of the building or $14.50/night for self-parking in a parking arcade across the street (this is what I did).  The hotel staff were friendly.

One thing the bothered me was that though there was a thermostat in the room, I couldn't control the heat/air ... you have to contact the front desk.  Plus you can't open the window.  When I first came into my room, it was 78F.  Way too warm and stuffy!  I sent a text (they encourage you to text) to the front desk asking that it be turned down to 72F.  Someone acknowledged the text and said they were on it.  And then I saw the heat go up to 79F!  So I sent another text and they acknowledged they were still working on it.  I left for supper and when I got back a couple hours later, the heat was at 74F.  A couple hours later, it was a chilly 69F.  So I sent another text.  When I got up this morning, it was 70F ... a bit chilly after climbing out from under the blankets but I didn't bother texting because I wasn't going to be there long.  I know it's an old hotel and it would probably cost a fortune to change but not being to control the heat/air was annoying.
By Teena in Toronto at 8:25 am
Email ThisBlogThis!Share to TwitterShare to FacebookShare to Pinterest
Label(s): Hotels