I had an early lunch today at Pizza Rustica (on Blue Jays Way at Wellington Street W). 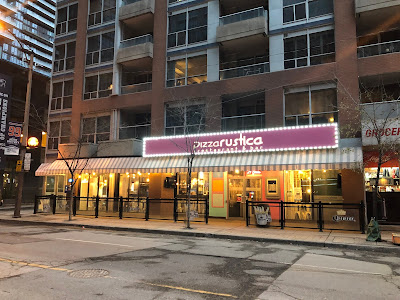 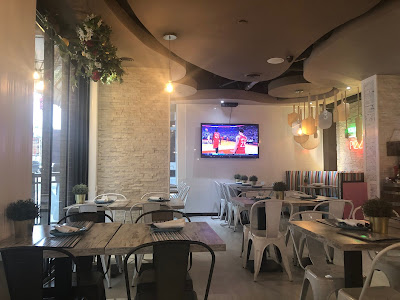 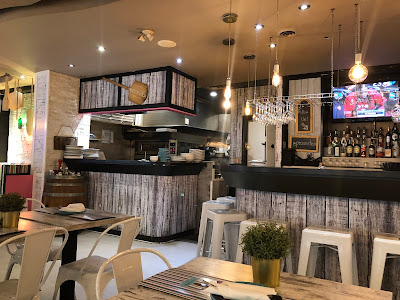 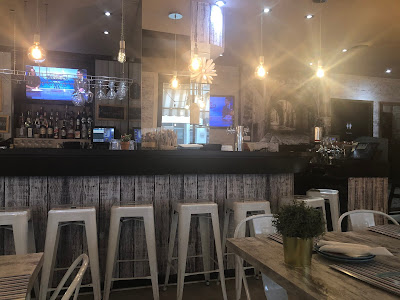 I love love love pizza and ordered one with pepperoni, bacon and sliced tomatoes.  When it arrived, I noticed the bacon looked raw ... yep, it was.  It's like the cook forgot to put it on when he made the pizza and threw it on after it came out of the oven.  So I picked it off and started eating the pizza.  The server came over to see how everything was.  I told her the bacon was raw so I couldn't eat it and pointed to the pile of bacon.  She asked, "Do you like it?".  Um ... no.  She didn't apologize or offer have the pizza remade ... she just walked away. 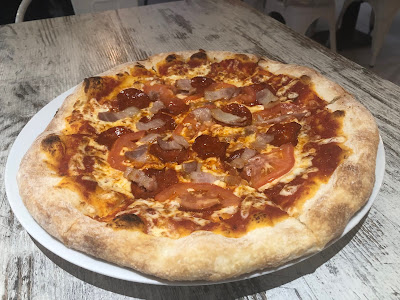 When the bill came, I saw she had charged me $4 for the bacon.  Seriously?  When she came over to have me pay, I mentioned that I was being charged for the bacon.  She said, "Yes".  So I said that I had told her it was raw and hadn't eaten it.  She still thought I should pay for it.  No way!  I asked that she remove the charge because I wasn't paying for it.  She huffed off and came back to say that she couldn't remove it without cancelling the order but somehow knocked $5 off.

Needless to say, I won't be back for the bad customer service and raw bacon :(

By Teena in Toronto at 12:30 pm
Email ThisBlogThis!Share to TwitterShare to FacebookShare to Pinterest
Label(s): Pizza Rustica Toronto ON

You should have sent it back, raw meat touching your food is dangerous.
That is terrible customer service.

And $4.00 for that skimpy amount? Crazy! Thanks for the heads up!