I had lunch today at GDous, a Shanghai fried chicken chain on Spadina Avenue just north of Queen Street W.  They recently opened but apparently haven't had their official opening yet. 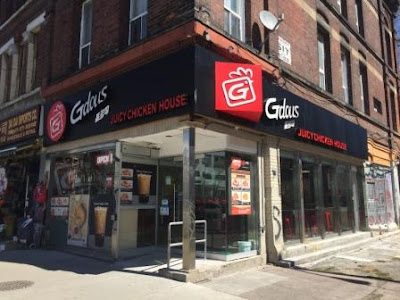 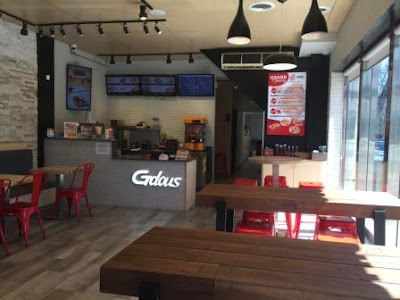 A lot of their menu items aren't available.  I ordered the Crispy Chicken Steak combo.  I was told it would take 7 minutes to make but it was actually 25 minutes.  The fries were kind of cold.  The chicken was good.  It looked like a boneless chicken breast until I got to the end, which was hidden in the bag, which was actually just bones.  Surprising considering the cost plus that's what the pictures on the wall look like.  I would be inclined to make it a boneless chicken breast. 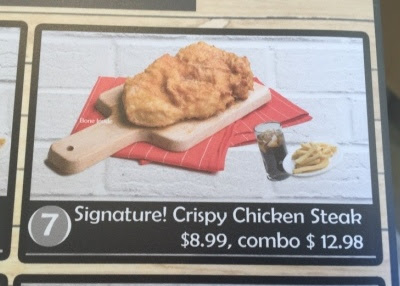 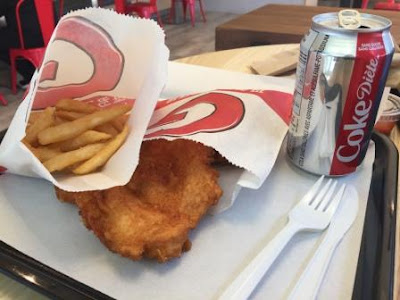 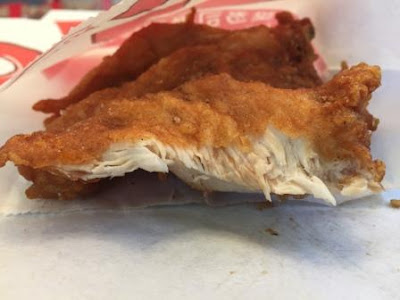 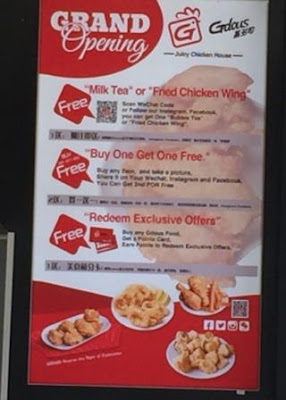 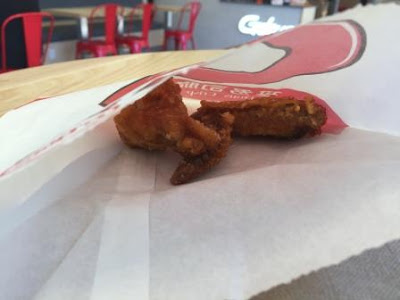 The cashier was really friendly but not overly knowledgeable.  When I asked about the sauces, he said he thought one in a container was ketchup when it was hot sauce.

By Teena in Toronto at 12:00 pm
Email ThisBlogThis!Share to TwitterShare to FacebookShare to Pinterest
Label(s): GDous Toronto ON