I had a late late late supper tonight at the Dog & Bear (Queen W/Dovercourt), which is in our 'hood. 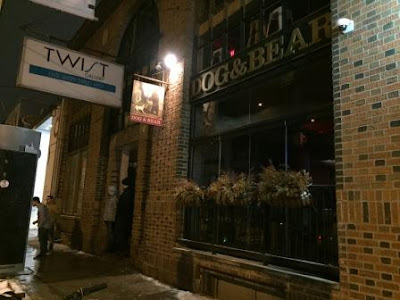 It was jammed and I was able to get a table by the window.  Yay! 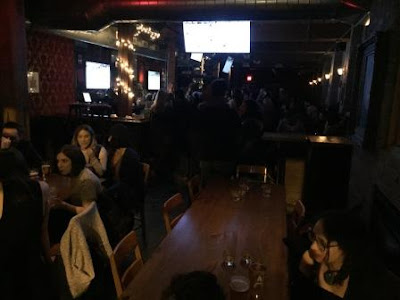 I ordered Buffalo wings (there were seven to a pound for $12) and fries.  They were good! 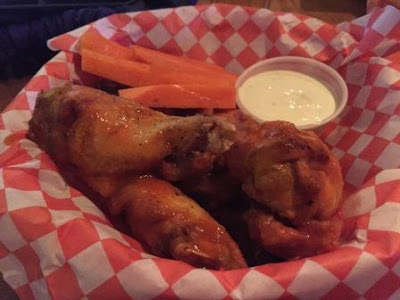 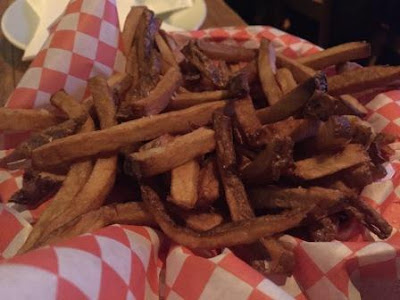 Just after 11pm, my server demanded I pay my bill immediately because the "music" (ie DJ) was starting.  So with ketchupy fingers, I took care of it.  I wasn't offered another beer nor were the baskets which my food been served in removed.  So I wasn't crazy about the service.  I guess I'm not one of the kool kids.

By Teena in Toronto at 11:30 pm
Email ThisBlogThis!Share to TwitterShare to FacebookShare to Pinterest
Label(s): Dog & Bear Pub Toronto ON