Martin, a friend of Gord's who he works with, has recently taken up stand-up comedy.  He has had a couple performances and is really enjoying it.

Tonight there was an amateur competition at the Remix Lounge at Dundas W/Dovercourt.  There were nine in the competition and the prize was $60.  We went to lend Martin our support. 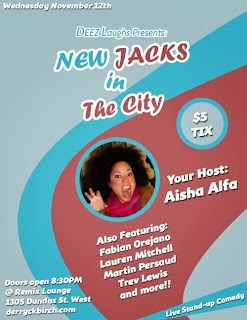 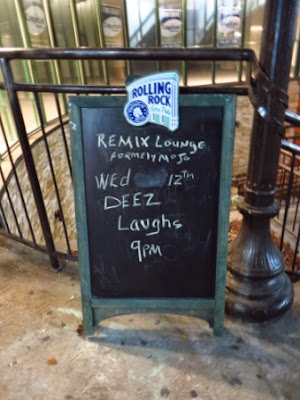 Aisha Brown was the emcee.  She did some bits before and between the comics and was funny.  She joked about what it was like being a 30-something woman in the dating world. 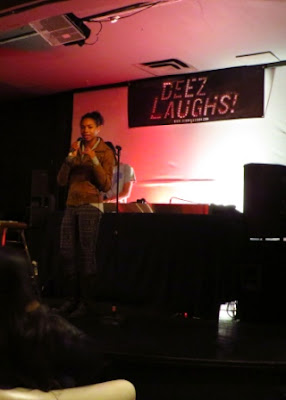 Here's Martin during his bit.  He walked around on stage a lot so it was hard to get a good picture of him.  He was edgy and funny and played on his ethnicity. 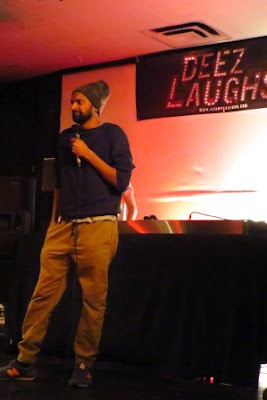 At the end, the audience got to vote for their two favourites.  Though Martin didn't win, he was happy with his results. 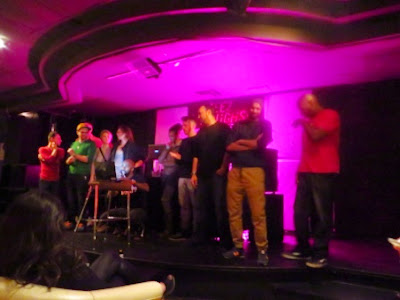 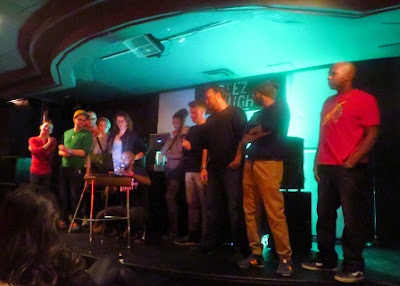 It was a fun night.  Tickets were only $5 and it was a great chance to see some up and coming comics show their stuff.
By Teena in Toronto at 10:30 pm
Email ThisBlogThis!Share to TwitterShare to FacebookShare to Pinterest

That's awesome he could go up there and perform. I'd be so nervous. Yay for cheering him on.

How fun! Chris and I love going to comedy shows.